Georgia Connick pictured with her father at the 2015 Tony Awards. (Getty)

Harry Connick Jr.’s daughter has gotten herself into a little bit of legal trouble. She’s accused of giving booze to minors at her family’s luxury Connecticut home. The daughter in question is 19-year-old Georgia Connick.

1. When Police Arrived at the Connick Home, Georgia’s Friends Tried to Escape Through the Woods

Georgia and her dad pictured in March 2013. (Getty)

The incident happened on the night of August 15 at the Connick home in New Canaan, Connecticut. WTNH reports that Georgia Connick was arrested at the home, accused of facilitating underage drinking and procuring alcohol for minors. She was released an ordered to appear in court on September 2 in Stamford, Connecticut. The teen had told police that she was planning a small get together but it got out of hand when more and more people kept showing up. NBC New York reports that when police arrived at the scene, after someone had reported that party, teenagers ran from the home, attempting to escape through a nearby forest. The station says that officers found empty and half-full beer cans throughout the house.

Along with his former Victoria Secret model wife, Jill Goodacre, Harry Connick Jr. has three daughters, the oldest being Georgia at 19. The others are Sarah, 18, and Charlotte, 13. In 2011, Harry Connick Jr. said in an interview that living in a house full of women has taught him to be quiet and listen. He made those comments as he was helping Sarah design a set of dolls for American Girl.

3. Connick Told Ellen Degenres in June 2015 That He Was Open Minded About His Daughter’s Dating

Back in June 2015 in an appearance on The Ellen DeGeneres Show, Harry expressed his pride at seeing his daughter graduate from New Canaan High School, where she was on the honor roll. He added about his open mindedness regarding his daughter’s dating, saying:

I think that’s such an antiquated way to talk about young women. It’s almost presuming they don’t have the good judgement to go out with a guy that’s appropriate for them, so like dad has to come in and save the day. Man, the way I raised my daughters, and Jill, the way we raised our kids, hopefully they will have enough self esteem so that they’ll be able to attract guys of a certain caliber…

He added that he didn’t think it would be necessary to have a shotgun at the ready in case any potential suitors get out-of-line.

4. Since Her Party Incident, Georgia Has Deleted All of Her Social Media

Since the August 15 incident, more of Georgia’s online persona has disappeared. Her last Instagram post was on August 16 and showed her kissing a boy on the cheek. Her now-deleted Twitter page had 690 followers, you can view a cache of it here. A YouTube channel remains, but it’s infrequently used. Included on the channel is a video Georgia made of her friend using the soundtrack of Beyonce’s “Halo.”

According to her LinkedIn page, Georgia Connick has been working as a pool attendant at hotel in Vermont over the summer. After graduating high school, her page says she went to study psychology at the Vermont Academy. She lists her interests on the page as “psychology, filmmaking, religion.” 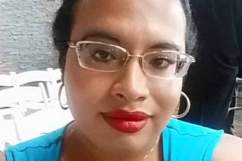