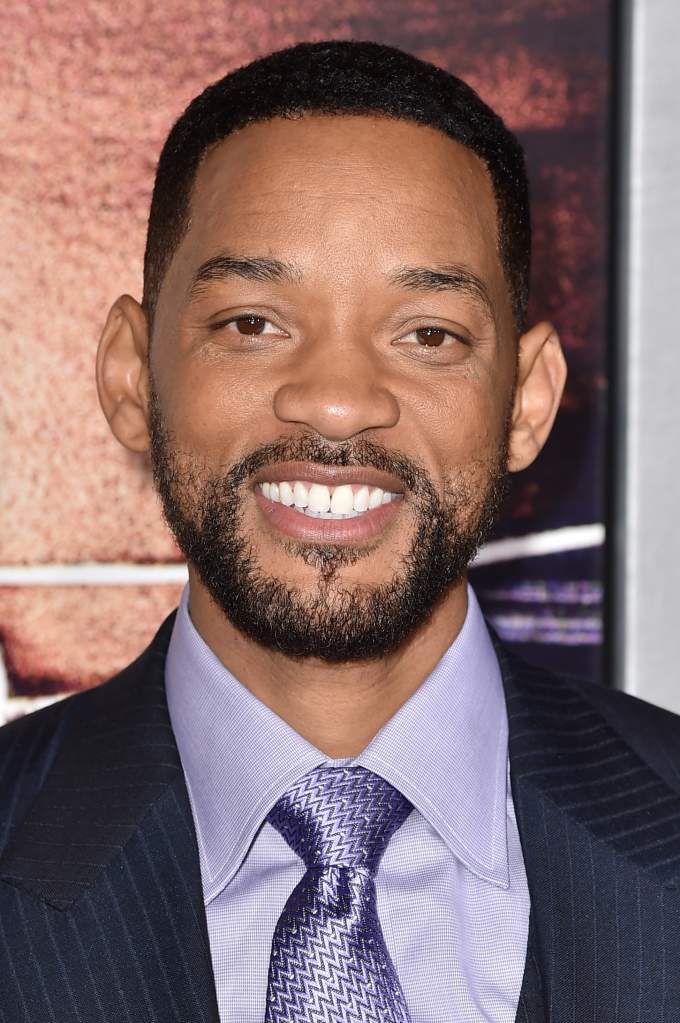 Will Smith attends the premiere of Warner Bros. Pictures’ “Focus.” Will Smith’s net worth is estimated at $240 million. (Getty)

You first knew him as the Fresh Prince of Bel-Air and now, his reality isn’t that far off from the lifestyle of the Banks Family, as far as money goes.

Will Smith, with an estimated net worth of $240 million, according to The Richest, has dabbled in many areas of entertainment, including rapping, acting and producing, and always seems to come out on top.

Deciding at the age of 15 he wanted fame and fortune, Smith says he jump-started his first career as a rapper, following a breakup with his high school girlfriend, who cheated on him, according to an interview with Variety.

“When I was 15, my girlfriend cheated on me. And from that moment, in this bizarre psychological twist, I wanted to be the most famous entertainer on Earth.”

Talk about sticking to your word and turning a negative situation into a positive, Smith credits this early loss of love with influencing how he approaches roles even today.

“I’m always looking for that in my characters: What’s the bizarre psychological leap they make based on some trauma?”

Now, Smith has even helped his children start their careers in the entertainment industry— pretty much building an entertainment empire along with his wife, actress Jada Pinkett-Smith, who he met through The Fresh Prince.

Read more about where Smith’s money all comes from here:

1. His Movies Are Always Blockbuster Hits That Rake in Millions 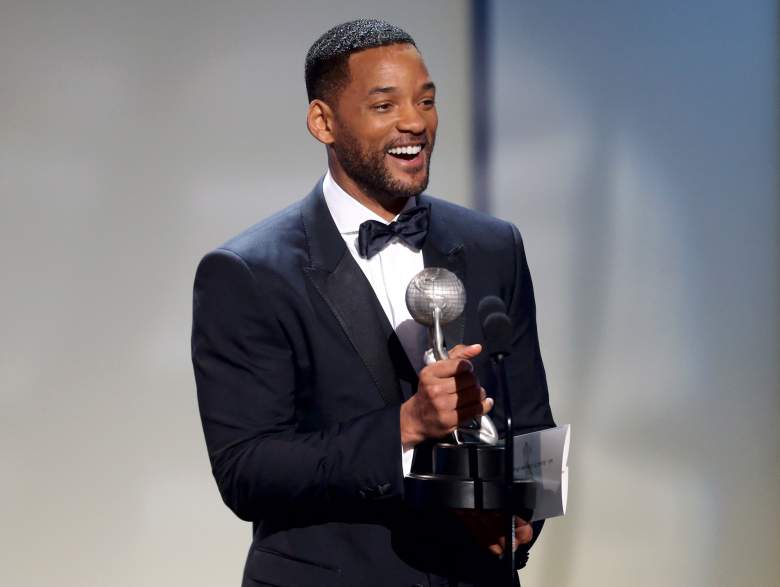 His movies almost always rake in hundreds of millions of dollars. Whether his character is fighting aliens and robots or he’s playing a more serious or lighthearted role, his films are a hit.

His most recent movie, Focus, in which he plays a conman, grossed almost $55 million and another movie he will be starring in is Concussion, coming out in December. In Concussion, Smith plays a doctor who discovers a brain disease in football players. The movie is already getting a lot of attention, some saying it is heartbreaking, enlightening, and disturbing simultaneously, and is sure to be another big hit for him.

2. Smith Owns The Production Company That Makes Most of His Movies 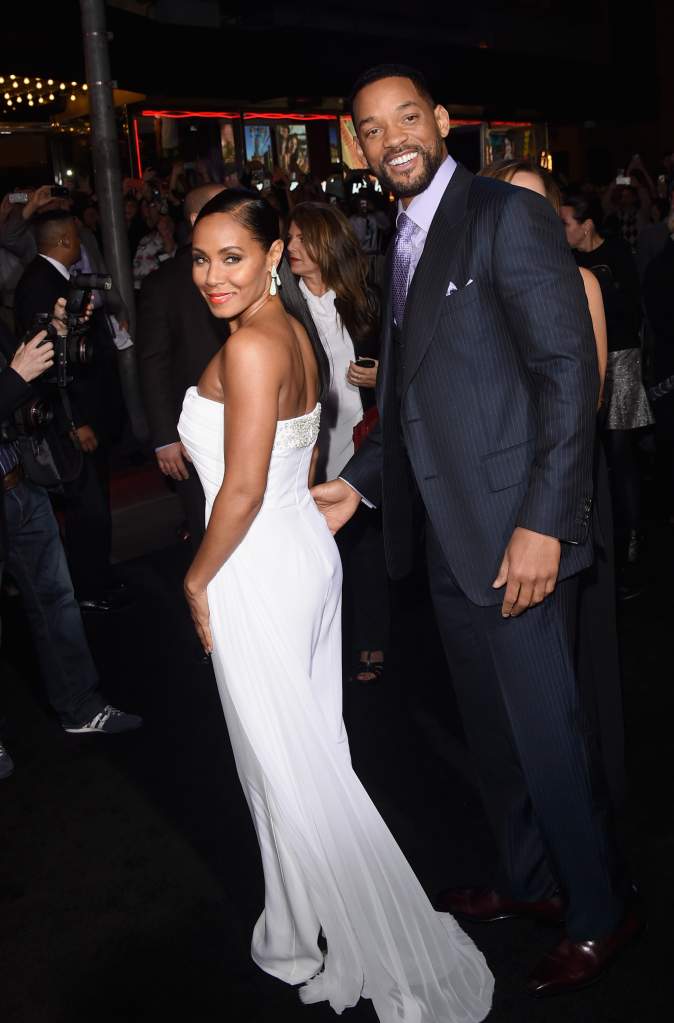 Actors Jada Pinkett Smith and Will Smith attend the Warner Bros. Pictures’ “Focus” premiere. The couple have been married since 1997 (Getty)

Not only does Smith star in hit movies, he helps make them. Overbrook Entertainment was founded by longtime business partners James Lassiter and Will Smith, along with Jada Pinkett Smith. Overbrook has produced movies such as Hitch, The Pursuit of Happyness, I Am Legend, Hancock and The Secret Life of Bees— almost all of which Smith stars in.

RETWEET if you agree – Jaden Smith & Jackie Chan were the perfect match for @KarateKidMovie! http://t.co/Ntl0cnqYB5 pic.twitter.com/PnrmUw67JU

Smith himself also has a decent amount of awards to brag about. He was nominated, although never won, for an Academy Award for both his portrayal of Muhammad Ali in Ali and his performance in the true-life drama, The Pursuit of Happyness. He received the NAACP Image Award for Best Actor for his performance in Seven Pounds in 2009 in addition to several Kids’ Choice Awards for movies including Independence Day, Shark Tale, and Hitch.

He also made history when he received the first ever Grammy Award for Best Rap Performance in 1989 for “Parents Just Don’t Understand.”

3. The Smiths Have Owned Multiple Mansions 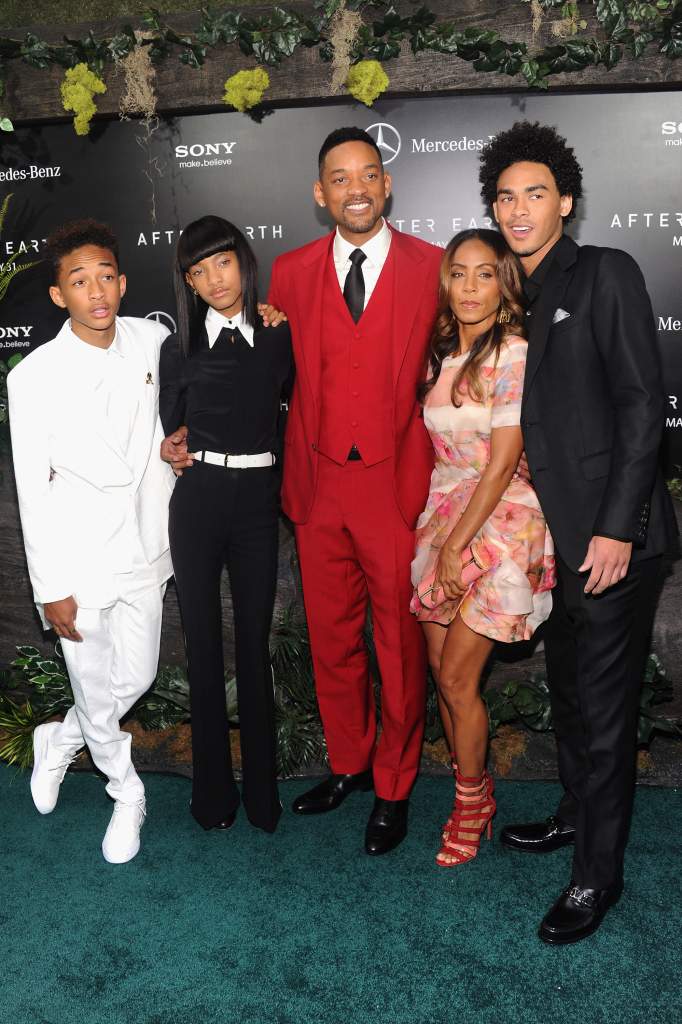 Jaden Smith, Willow Smith, Will Smith, Jada Pinkett Smith and Trey Smith ( Will Smith’s son from his first marriage to Sheree Zampino) attend the premiere of After Earth. (Getty)

Think the Banks family house in The Fresh Prince of Bel-Air on steroids and you’ll understand the size and scale of some of Smith’s properties. He has reportedly owned multiple homes in Hawaii, Pennsylvania, and California.

In 2013 it was reported that the Smiths lived in a custom built 25,000 square foot house near Calabasas, California which took seven years to build. Rumors floated around, which ended up being false, that they wanted to sell the home for $42 million. According to The Daily Mail, Smith said the idea behind the house’s circular floor plan was “to create an infinite cycle that represented what Jada and I hoped for our love.” The house’s architecture is influenced by Morocco and Africa and includes a meditation house, recording studio, artificial lake, tennis court and basketball pad.

A Pennsylvania property in Villanova, near Philadelphia, which reportedly belonged to Smith for a few months in 2012, is a $7.4 million home with fitness and game rooms, a bar and wine cellar, lounges and verandas, terraces, and a pool and spa. And when the home was on the market in 2013, the realtor was offering a deal to lease a Bentley along with purchasing the pad, according to Philly Magazine.

The Smiths also sold their Kauai, Hawaii home in 2011 for $20 million. The home overlooks the beach and has a swimming pool, but the Smiths got rid of the property after just two years of owning it, according to The Wall Street Journal.

It is not completely clear how many homes Smith currently owns. 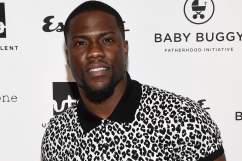 Kevin Hart Net Worth: 5 Fast Facts You Need to Know

4. A School The Smiths Opened Was Reportedly Linked to Scientology & Shutdown 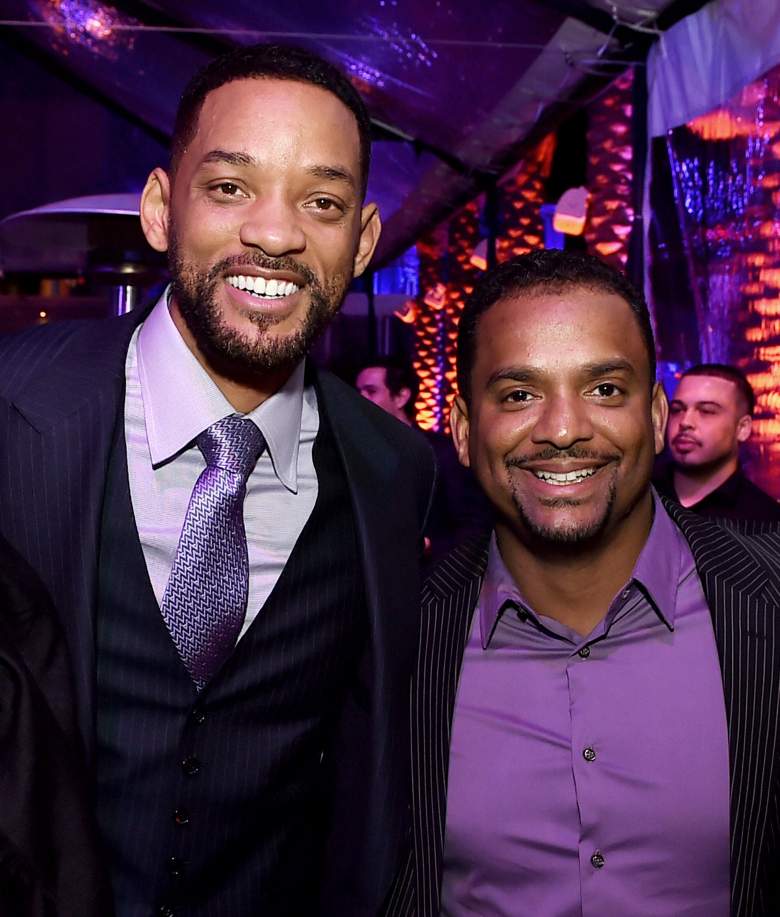 Will Smith and Alfonso Ribeiro pose at the after party for the premiere of Warner Bros. Pictures’ “Focus.” They used to co-star in the ‘Fresh Prince of Bel-Air’ when they were younger. (Getty)

Will and Jada founded the New Village Leadership Academy (NVLA), a private elementary school in Calabasas, California, in 2008 after paying nearly $1 million to lease the Indian Hills High School campus for three years, according to ABC News.

But suspicions quickly arose about the school’s tie to Scientology. Specifically, NVLA’s use of Study Technology, a teaching methodology developed by L. Ron Hubbard, the founder of the Church of Scientology, caused criticism of the school and the Smiths. Some calling Study Technology “the Scientology religion disguised as education.”

Pinkett-Smith spoke out about the school’s affiliations:

“All I can say is it is not a Scientology school. Now, If you don’t trust me, and you are questioning my integrity, that’s a whole different matter. That is straight evil to think that I would bring families into that educational institution and then try to get them to convert into some religion.”

Some teachers at the school, where Jaden and Willow also attended, were said to have taken Scientology courses and some critics said the school was not outright teaching the Scientology religion but rather a “Scientology hybrid,” that infused some concepts.

With all the speculation and hype, the school eventually closed down in 2013, just before the start of the school year reportedly because they were in debt, according to Showbiz411.

A Hollywood manager and producer Jeff Wald, who sent two of his children to the school, explains NVLA could never escape the Scientology allegations and the Smiths couldn’t keep pouring money into the school. Wald said to Showbiz411:

“We could never get past the association. We couldn’t raise any money. And the Smiths were putting in $2 million of their own each year. They couldn’t keep supporting it.”

5. His Acting Career Began Because He Was in Financial Trouble 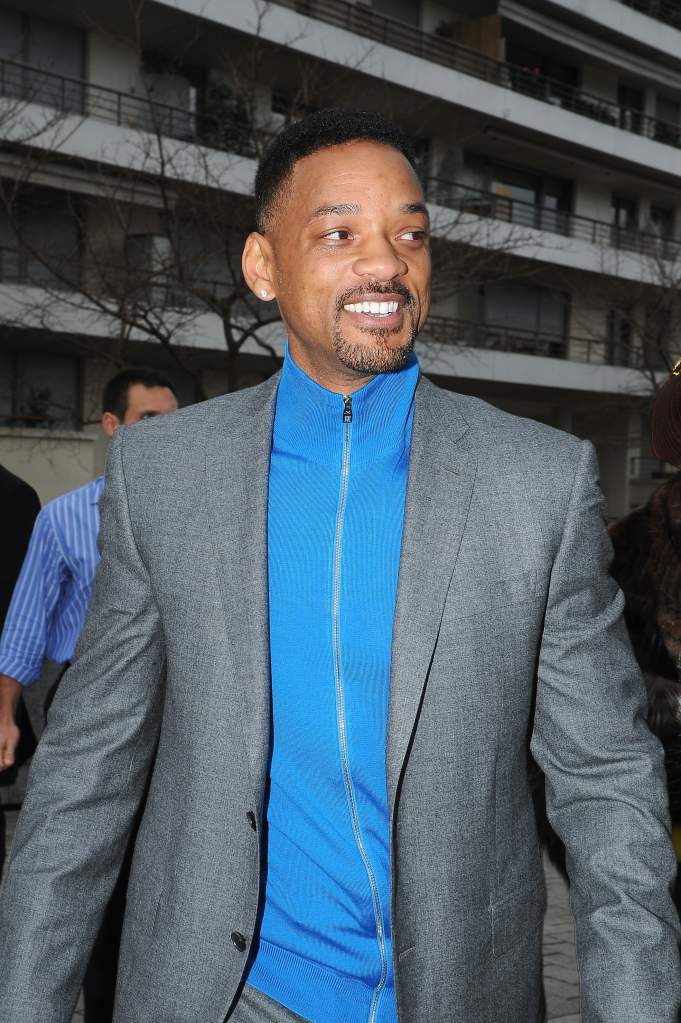 Smith started his career in entertainment as a rapper. He began performing with his friend, Jeffrey Townes, a.k.a. DJ Jazzy Jeff and they became known for popular tracks like “Girls Ain’t Nothing but Trouble” and “Parents Just Don’t Understand”. Smith was actually known as “The Fresh Prince” before he even starred in the show and he used it as his rapper name.

The Fresh Prince and DJ Jazzy Jeff ended up winning the first rap Grammy award ever and the duo would eventually sell more than 7 million albums worldwide, according to Celebrity Net Worth.

Caught up in a lavish lifestyle, Smith neglected to pay his taxes and owed $2.8 million to the IRS. Luckily, just around this time he was approached to star in a television sitcom. He was hesitant at first but eventually signed to star in The Fresh Prince of Bel Air.

At first he had to pay 70% of his salary to the IRS for a while to attempt to pay back the debt, but with the show eventually airing 148 episodes over six seasons, it was clearly a good career move for Smith. DJ Jazzy Jeff also starred on the show with Smith as his friend Jazz. 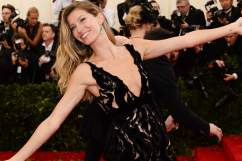 Gisele Bundchen Net Worth: 5 Fast Facts You Need to Know