Shawnon Bellah of Crest Foods Inc. and Nestle Tollhouse appears on Undercover Boss tonight at 8:00 p.m. ET/PT on CBS. Read on for the details on the episode, see show clips below and get all the details on Bellah.

1. The Employees Are Terrified of Bellah

When Bellah begins to go undercover, she finds out that she is not well-liked at her company by some of the employees. In fact, one of the employees tells her that the VP (Bellah) is absolutely terrifying. Watch the clip above.

Though Bellah may not be the first person to be able to explain how to make icing, she does have some advice for her company’s aspiring franchisees. Bellah told Franchise Chatter what tips she has, explaining that:

First, you must believe in the product that the franchisor offers. Next, you want a franchise system that assists in real estate and location review. You also have to determine the earning capabilities of the concept, and what the business can bring to you and your future. Finally, investigate whether the franchisor has the proper support center to help you grow your new franchise venture.

Bellah first got her start with the company as Director of Training.

2. Bellah Gets a Crash Course In Sugar On the Show

When Bellah learns how to make icing, it’s a lot more work than she could have ever imagined. Check out the hilarious clip above for a sneak peek at her experience.

Even though Bellah is not well-versed in the on-site experience, she does have an intense passion for the product, telling Franchise Chatter:

When you are a part of this Nestlé brand, you are a part of one of the greatest companies in the world. Our franchise system offers a large range of support and brand awareness that few national franchise brands can come close to. We have a brand that touches consumers’ hearts – they already have a story with Nestlé Toll House cookies.

3. Shawnon Bellah Has Been the COO of Crest Foods Inc. For Less Than a Year

On Bellah’s LinkedIn profile, it says that she has been the Chief Operating Officer of Crest Foods Inc. for less than a year. Her responsibilities are listed as:

Prior to becoming the COO, she was the Senior Vice President of Operations for the company. She also previously worked for Bennigans and Metromedia Restaurant Group. Bellah was also named franchisor of the successful Nestle Toll House Cafe by Chip concept for the company, which is a 145-location international chain.

No-nonsense COO Shawnon Bellah goes undercover to make sure the future of Nestle Toll House Cafe by Chip remains sweet, but she experiences a sugar crash when she fails to meet her own customer service requirements.

This is absolutely accurate as Bellah attempts to decorate cakes.

5. The CEO of Crest Foods, Ziad Dalal, Believes Bellah to Be a Key Member of the Company

When Bellah was promoted to COO of the company, CEO Ziad Dalal told Restaurant News:

It’s safe to say that the Nestlé Toll House Café by Chip concept would not be in the enviable position that it is in today without Shawnon’s tireless work and outstanding contributions over the past several years. She has been a shining star for us in every role she’s undertaken, and our franchise partners around the world have come to rely upon her for leadership and guidance in virtually every aspect of the business … Shawnon isn’t just dedicated, she’s fearless. She hasn’t hesitated to go wherever our franchise partners have needed her, and her indefatigable work ethic raises the bar for everyone around her.

From the day I started here, I’ve loved this brand and have found great satisfaction in helping it grow and working with our amazing franchise partners. I can’t thank Ziad enough for the faith he’s put in me over the past several years, and the opportunities he’s given me to grow professionally along with our business. I’m excited about this new challenge and looking forward to continuing to be a part of the success story at Nestlé Toll House Café by Chip.

Bellah currently lives in Lucas, Texas, with her two children, Grant and Bethany. 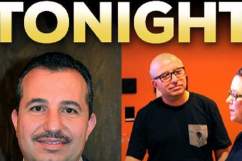