Prince’s sister has filed documents in Minnesota probate court claiming that her pop legend brother did not leave behind a will.

Prince was found dead at his Paisley Park home near Minneapolis last week at the age of 57. An autopsy has been conducted, but the cause of his death has not yet been made determined.

You can read the documents filed by Tyka Nelson below:

With their parents deceased, Tyka is Prince’s closest living relative. The Daily Mail reports that, under Minnesota law, if Prince did not leave a will she stands to inherit his estate, worth hundreds of millions of dollars. Below is an excerpt from the relevant statute (the term intestate refers to cases in which there is no will):

The value of Prince’s estate has been estimated at $300 million, but that number is expected to soar in the years after his death. Owen Husney, Prince’s first manager, tells Reuters he values Prince’s music catalog at over $500 million. 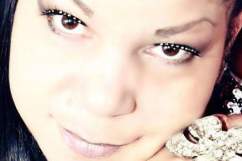