Tokyo Toni aka Shalana Jones-Hunter is the mother of urban model Blac Chyna. Residing in Washington, D.C., the 44-year-old resides in Washington, D.C. and is originally from Santa Domingo, Dominican Republic, according to her Facebook page. She’s also lived in Los Angeles and Miami and was a U.S. Army soldier in 1991, amongst other accomplishments.

While her Instagram motto is “Trust in yourself but believe in many,” she hasn’t exactly gotten along with the Kardashian clan; at least that was until she met her daughter’s fiancé, Rob Kardashian.

CLICK HERE or scroll to the bottom for the Tokyo Toni photos that you need to see.

1. She Received a Restraining Order for Reportedly Threatening Her Husband

Getting ready for this flight!!!!!

On March 1, 2016, Radar Online — who obtained the Maryland Prince George County District Court documents — reported that Tokyo Toni was hit with a restraining order for “threatening to ‘crack’ her husband’s head open.” That man is Marcellus Hunter, whom she’s been married to since October 2012. Hunter filed the restraining order in July 2013. Hunter, 46, spoke to the site about Tokyo Toni’s temper.

Shalana is violent when angry. She often tries to start a physical altercation. I have hundreds of texts [threatening] bodily harm, threats to come to my job and get me fired. Threats to ‘crack my head open’ if I return to my home. Threats to leave me in a landfill. I want the threats to stop. I want her out of my home…She has already cut up my clothes!

Amid Hunter’s claims, a judge issued him an order of protection that prevented Tokyo Toni from “contacting, threatening or harassing him,” and it also “extended to his young daughter,” reported the site. Since then, Hunter and Tokyo Toni have seemingly worked things out. 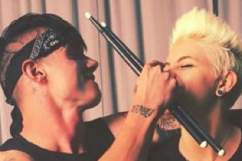 2. She Approves of Rob Kardashian for Blac Chyna

In an April 3 Facebook post — shown above — Tokyo Toni calls Rob “fire” for her daughter, saying that “He treats Chyna like a Freaking Queen on a Throne.” She goes on to state that she’s a fan of his presence and humor.

On April 3, TMZ reported that Tokyo Toni flew to Los Angeles so Hunter could meet their 3-year-old grandson, King Cairo and they could meet their probable son-in-law, Rob Kardashian. The couple got to know Rob at Blac Chyna’s home, which is where they stayed while in town.

Prior to meeting Rob, Tokyo Toni expressed her skepticism about him, telling Daily Mail the following on February 13:

“As far as I’m concerned he could be a bad influence on her.”

3. She Owns On My Grind Entertainment and Promotions

According to Tokyo Toni’s Facebook page, she’s the Chief Executive Officer at On My Grind Entertainment And Promotions, LLC. Tokyo Toni — who studied at Prince George’s Community and Howard University — also worked at EOTM Radio and Media and Movie Extra. A List Talent.

The “Approach” of On My Grind Entertainment is to “work hard, entertain our friends, and just plain have fun,” according to its website. The company is located in Largo, Maryland. Tokyo Toni has several videos up, showcasing OMG’s company meetings.

4. She Reportedly Called the Kardashians ‘Reality Hoes’ on Instagram

Prior to its removal, Tokyo Toni reportedly pulled no punches in an Instagram post, calling the Kardashians “reality hoes,” reported Hollywood Life on April 6.

In a social media rant seemingly directed at Rob’s sisters — Kim Kardashian, Khloe Kardashian and Kylie Jenner — Tokyo Toni went off about how fake the famous Armenians and their friends are.

This is funny!! However!! Her train would be so long they assess would be in the Michigan triangle holding it and miss the wedding!! That’s how far back they will be!! ” Shots fired” oh well!! It’s social media!! And all these reality hoes are ” Boxed or botched”. Bonus – You not even going to be invited! I didn’t see the invitation ! Ps’ To all her fake ass friends!! ” Oh bitch I see you and NO bitch will ever plan my daughters wedding but “Me” or her! #ps or her bestie – Whoeva that is? PS -,they are Armenian so no blonde hair blue eyes over here wheneva they do have a kid!! Let’s get it poppin now!! Lol!! Okay wheneva y’all ready but get the point.

A source of the site stated that Khloe is “furious” over the post and that she “doesn’t want to be bothered with Rob’s engagement. She is not excited, not happy and not interested in seeing the marriage take place. It may be a joyous day for Rob and Blacc but Khloe hates it.”

TMZ reported that Rob – with Tokyo Toni present — proposed with candles and rose petals from “more than 500 roses.” US Weekly reported that Blac Chyna’s engagement ring — shown below — is a “massive 7-carat round brilliant, triple excellent cut” from jewelry designer Ben Baller. 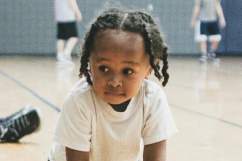 On May 25, 2013, Kirksey Entertainment — a company with several twerking clips on its YouTube channel — posted a video (shown above) of Tokyo Toni dancing on top of a picnic table. During the seven minute-plus clip, she can be seen — in a pair of black spandex — shaking her derriere during the daytime. In the process, she periodically flexes her butt cheeks and twerks on a couple of occasions.