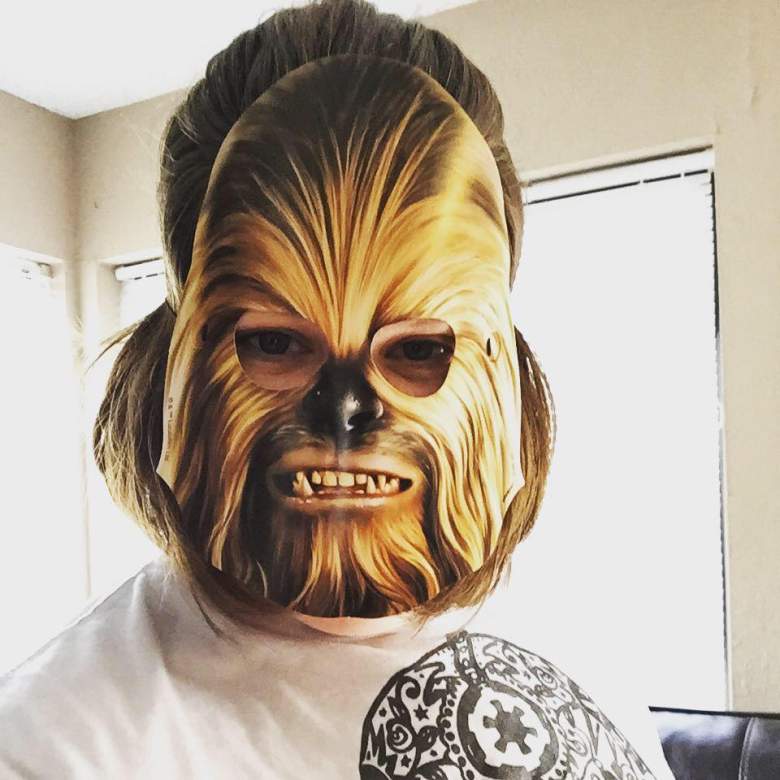 Candace Payne could not contain her excitement for her electronic Chewbacca mask. (Facebook/Candace Payne)

The Star Wars fandom is a dedicated bunch who never shy away from sharing their enthusiasm for the galaxy far, far away. A woman in Texas is no exception after she purchased a new Chewbacca mask and immediately jumped on Facebook Live to share with her friends, which later became 40 million people.

Payne had gone to Kohl’s to return some clothing that didn’t fit. “Surprisingly, it was a little too big. Thank you,” she clarified in her Facebook video. While in the store, she bought the Star Wars: Episode VII The Force Awakens Chewbacca Electronic Mask by Hasbro. The Star Wars toy retails for $44.99, but is on clearance for $17.99, according to the Kohl’s website.

The mask makes the iconic Wookie cry when the person wearing the mask opens the mouth slightly. Opening the mouth wider will cause a louder roar. The product details read the user can “strike fear into the heart of scum and villainy across the galaxy,” with the mask. It also has adjustable straps for a comfortable fit.

Payne has two children, daughter Cadence and son Duncan, based on her Facebook photos. In the video, the mother of two said her son would likely take the mask at some point, but she was clear that this mask would go in her room, not the toy box.

I’d like to say that I bought this for my son that would really, really want it. And let’s be honest, he’ll probably confiscate it… However, this is mine. Like when it’s said and done, at the end of the day, this is mine that I bought and I’m going to keep it for my own.

Once she put on the mask, Payne was in heaven and couldn’t stop her giggles. In less than 24 hours, the video has accumulated more than 50 million views, 1.6 million shares and 1 million likes.