The gunman who shot and killed The Voice star Christina Grimmie has been named as Kevin Loibl, 27. Cops in Orlando confirmed around 3 a.m. on June 11 that Grimmie had died after being shot at the Plaza Live venue in the city. The shooting occurred during an autograph-signing event following her show with the band Before You Exit. Loibl was tackled by Grimmie’s brother, Mark, after firing his gun. Despite this, Loibl still managed to kill Grimmie and turn the gun on himself, committing suicide. In total, witnesses told authorities they heard six shots fired. The singer was 22 years old.

In 2014, Grimmie was a contestant on season six of The Voice, where she finished third, coached by Maroon 5’s Adam Levine.

Police have said that they do not believe that Kevin Loibl was connected in anyway to the mass shooting at Pulse nightclub in Orlando on June 12, reports Click Orlando.

1. A Note on Loibl’s Door Offered Condolences to Grimmie’s Loved Ones While Saying That There Would Be No Other Family Statement

This is an undated photo of Loibl from the Orlando police. (Orlando Police Department)

A source in law-enforcement told TMZ that Loibl had “no known connection” to Grimmie. The gossip site also says that there were “no red flags” associated with him. Orlando police said in a press conference that Loibl intended to drive home after the attack. He was a native of St. Petersburg, Florida, a little over 100 miles west of Orlando.

At his home in St. Petersburg, a note was posted to the door that read, “Deepest sorrow for lost to the family, friends and fans of the very talented, loving Christina Grimmie. No other comments,” according WFLA’s Chip Osowski. TMZ reported the home was being searched by authorities.

2. Loibl Had Cosmetic Surgery to Make Himself More Appealing to Grimmie

Loibl, who worked at a Florida Best Buy, had a hair transplant, lasek eye surgery and even became a vegan in order to make himself more appealing to Grimmie, reports TMZ. The gossip site also says that he “vowed” to make the singer his wife.

Loibl was not registered to vote and had “almost no social media presence,” reports the Orlando Sentinel.

While Dan Erickson, a neighbor of Loibl’s family, said he seldom saw the shooter, reports the Tampa Bay Times. Erickson told the paper that Loibl’s father was “very nice.” He added, “When a tree fell down on my house, he was the first person to come over and make sure we were okay.”

The Sentinel reports that the police investigation will focus on Loibl’s computer and phone as detectives try to put together a motive for the crime.

Grimmie’s death took place just four miles from where a gunman killed multiple people at Pulse nightclub in Orlando. That incident is also still under investigation.

3. He Was Armed With 2 Guns & a Hunting Knife When He Killed Grimmie; Witnesses Said She Embraced Him With Open Arms

The scene after the shooting. (Screengrab via WESH)

One witness, Destiny Rivera, told People Magazine that she was standing behind Loibl in the meet-and-greet line. She described him as “kinda creepy.” Rivera added, “He did look a little bit nervous, but he was by himself and he was dressed as any other concertgoer. He didn’t seem up for a conversation whatsoever, and he was kinda — he just kept looking around and was moving his body. He also looked like he wanted to be by himself.” She then described Loibl’s turn to meet Grimmie and said the singer embraced him with open arms, like she would with all of her fans.

The show ended around 10 p.m. on June 10. The police statement reads, “The investigation is in its preliminary stages. We know there are many questions and we will do our best to answer them as the investigation unfolds.” Cops added that “Christina’s brother immediately tackled the suspect stopping him from causing any more harm to Christina and her fans. During the struggle, the suspect shot himself. The suspect was pronounced dead at the scene.” 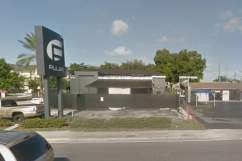 4. A Go Fund Me Page That Was Set Up Talked About How Grimmie’s Family Moved ‘Across the Country’ to Support Her Music Career

In the immediate aftermath of her death, a Go Fund Me page was set up for Grimm’s family. The fundraiser reads:

Christina Grimmie was such a gift to this world and loved by many.

Unparalleled was the love from her parents and brother who moved across the country to support their daughter in achieving her musical dreams. We would love for the family to be able to take the proper time to grieve.

This campaign was created by her management team and donations will be given to the family to help during this trying time.

A final tweet came from her account around 12 hours after her death. It said simply, “The End.”

ORLANDO!! Come out to the show tonight at the Plaza Live! Starts at 7:30!? pic.twitter.com/0D4mNupCTi

Hours before the shooting, Grimmie had posted the above video to Twitter asking her fans to come out and see the show. She said, “Hey guys, what’s up? We’re in Orlando today. Please come to the show if you live near Orlando, Florida. We’re at The Plaza Live. Please come out! Bye!” Grimmie sent out a subsequent tweet that joked about the venue misspelling her name.

In an August 2015 interview with Page Six, Grimmie explained that she had put her career ahead of a boyfriend. She told the tabloid, “I have no boyfriend. No time. None send me over the moon, so I just kind of do my thing.”

While just prior to her death, Grimmie had told Pop Crush that in February 2016, “There were a lot of other personal issues I was dealing with, friends, boys, whatever so I just wanted to get it all out on one record in four songs.”

I'm sad, shocked and confused. We love you so much Grimmie. We are all praying hard that you can pull through this…this just isn't fair.

Grimmie, who was extremely active on social media, is being mourned and remembered by her fans and contemporaries. The hashtag “RIPChristina” was a nationwide Twitter trend as news of her death spread, generating nearly two million tweets.

Here are some of the most poignant tributes to Grimmie’s life:

#RIPChristina ?? my thoughts and prayers are with her loved ones..

i know you’re spinning in Heaven love. You will be missed #RIPChristina pic.twitter.com/nK5GZ7pRR8

Christina Grimmie was such a kind, generous person, and so talented. What a light has been taken from the world.

I'm stunned and disgusted and heartbroken that we lost that sweet little girl… Keeping @TheRealGrimmie family in my heart and mind.

Grimmie was an also an avid gamer in the Super Mario Brother Smash community. Her favorite character was Ness, according to one article mourning her loss.

TMZ, citing a source, says that Loibl claimed to have played online games against Grimmie, something her friends deny.

5. Concealed Weapons Are Banned at the Plaza Live Theater

According to the Plaza Live Orlando’s website, concealed weapons are banned from the venue and patrons are searched before they enter. Orlando police said that there are not metal detectors and that people are searched by hand. However, for Grimmie’s concert, where were no pat-downs.

WKMG’s Amanda Castro reports that a Kidz Bop show, which was scheduled at the theater for the day after the shooting, was swiftly canceled.

Here is a statement I just received from The Plaza Live on the Christina Grimmie shooting. #fox35 pic.twitter.com/S4NCBHEDcm

The venue was first opened as a movie theater in 1963 and became known for playing the cult movie The Rocky Horror Picture Show. In 1992, the Plaza switched focus to Christian music until 2002 when it was taken over by the Salthouse Group, which turned it into a contemporary music venue. Since 2013, the Plaza has been owned by the Orlando Philharmonic Orchestra. The venue consists of two halls, a larger one and a smaller one.