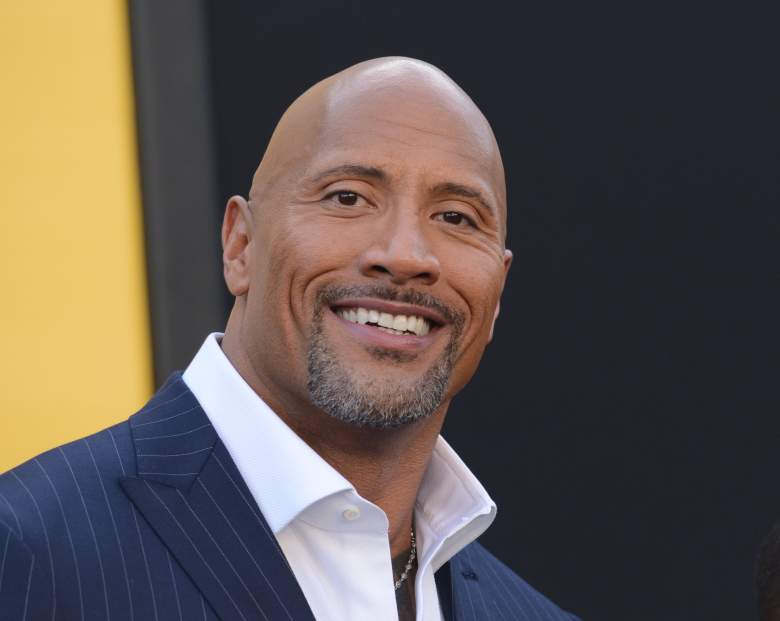 Dwayne Johnson makes more movies in a year than some have made in a decade, but his plate is not full enough. The wrestler/actor is leaving the door wide open for a potential presidential run, an idea that was once again floated on Good Morning America on July 13.

During an interview with Michael Strahan, Johnson said that a political future is “very real” and that the idea of him becoming president has even “become a legit thing” among his fans.

“If it is a very real, overwhelming, positive, strong, ‘We want you to run for president,’ and if I felt that I can step up to the plate and become a tremendous leader for our country and make a real difference and make change, I would do it,” Johnson told Strahan.

The Rock has been responding to calls for him to run for president on social media. In March, he tweeted a link to a independent Journal report that suggested Johnson could step in as a third party candidate for 2016. “Cool piece on why I should run for President. Maybe one day. Surely the White House has a spot for my pick up truck,” Johnson wrote.

Cool piece on why I should run for President. Maybe one day. Surely the White House has a spot for my pick up truck..https://t.co/JpkZ4w1eh3

Then in June, he posted a screenshot of a Washington Post op-ed that suggested he could even win. Johnson posted a more serious comment this time, insisting that any presidential run from Johnson is a long way off. Still, it’s an “alluring” idea.

Interesting piece from The Washington Post on if I ran for POTUS I could actually win. Writer Alyssa Rosenberg did some pretty good research into my background (slave descendants fighting for their freedom, Revolutionary War etc). Much more to uncover but well done. ?? More and more pieces like this are popping up due to the Presidential election and they're cool/fun to read… I care DEEPLY about our county… and the idea of one day becoming President to create real positive impact and global change is very alluring. Buuuuut until that possible day, the most important thing right now is strong honest leadership from our current and future leaders of this country. Thanks again Washington Post. ?? ??

Johnson also told GQ U.K. that he hasn’t ruled politics out. Still, it’s not on the top of his agenda.

I’ll be honest, I haven’t ruled politics out. I’m not being coy when I say that, but at the moment I am not sure. I can’t deny that the thought of being governor, the thought of being president, is alluring. And beyond that, it would be an opportunity to make a real impact on people’s lives on a global scale. But there are a lot of other things I want to do first.

Of course, if The Rock did run, he’d hardly be the first wrestler to jump into politics. For example, Jesse Ventura was the Governor of Minnesota from 1999 to 2003.