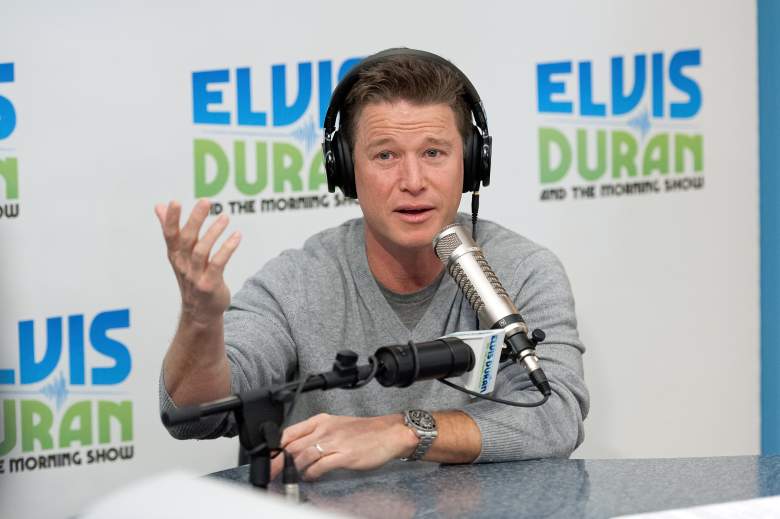 Billy Bush has already been suspended by NBC for his role in the lewd 2005 tape that leaked on October 7. Bush has not been officially fired yet, but the network and Bush are in talks for an exit, according to various media reports on October 11.

The Hollywood Reporter, Page Six and now the Wall Street Journal have all reported that the network plans to drop Bush, although NBC has declined to comment.

Us Weekly reports that Bush has hired lawyer Marshall Grossman. “If Billy had been passive or responded ‘Shut the f–k up’ to Trump, Billy would have been out of a job the next day,” Grossman told the magazine.

The Journal reports that his exit could be finalized “in the next several days,” according to a source. “He is technically fired. It’s just a matter of time. NBC isn’t ready to announce it yet. They are negotiating his exit,” a source told Page Six.

The Hollywood Reporter reports that Bush is nearing a settlement with NBC. “The parties are negotiating a resolution of their differences at their highest level and I am personally optimistic that the matter will be resolved upon terms satisfactory to both parties,” Grossman said.

It’s been reported that Bush was signed to make $3 million a year at Today.

So why has the network not officially fired Bush yet? A source told Page Six that the peacock network doesn’t “want to announce anything yet because NBC was burned by the Ann Curry debacle and they are trying to figure out how to do this.” The source added, “They don’t have any incentive to announce this immediately. Each day that goes by… it gets easier.”

Variety reports that the talks to settle Bush’s contract likely won’t be completed until next week because of the Yom Kippur holiday on Wednesday.

Another sign that Bush is on the way out:

Billy Bush already wiped off the digital billboards outside of 30 ROCK. pic.twitter.com/WTa07OZ2us

Page Six’s sources added that it is doubtful that NBC will give Bush a lower-profile position, like they did with Brian Williams. After Williams was suspended when it was discovered that some of his stories were false, Williams was demoted from NBC Nightly News to MSNBC. However, Bush doesn’t have the kind of background in journalism Williams has, so there aren’t other roles for Bush to take. He already left Access Hollywood earlier this year.

Bush’s situation also couldn’t be more dissimilar to Ann Curry’s. Curry was pushed out of Today in June 2012 amid gossip that Matt Lauer was behind it. Curry then gave a tearful goodbye and continues to work as journalist.

NBC News has also been the focus of questions in the entire scandal because it reportedly knew about the tape for days, but the tape leaked on October 7 through the Washington Post instead.

So far, Bush’s only comment on the tape has been a statement to the Hollywood Reporter. “Obviously I’m embarrassed and ashamed. It’s no excuse, but this happened eleven years ago — I was younger, less mature, and acted foolishly in playing along. I’m very sorry,” he said.

On the tape, the then-Access Hollywood anchor is heard laughing on a bus while Donald Trump tells a story about trying to have sex with Bush’s then-colleague, Nancy O’Dell. As they arrive at the Days of Our Lives set, Trump begins talking about how he could have sex with any woman he wants because he’s a celebrity and could “grab her by the p***y. “Your girl’s hot as s**t, in the purple… Yes! The Donald has scored!… Oh, my man,” Bush says as they spot Zucker.

Page Six is reporting that Bush spoke with crisis manager Hunter Frederick, who has worked with Lindsay Lohan, about trying to salvage his career.

Even before the 2005 tape, he faced criticism for his role in the Ryan Lochte scandal during the Rio Olympics. Bush got the first interview with Lochte after the swimmer claimed that he was robbed at gunpoint. That story turned out to be false.

It’s also possible that Bush shares some of the responsibility for his own downfall. Page Six reported that Bush “bragged” about a possible tape “of Trump being a real dog” while in Rio. This inspired Access Hollywood staffers to dig through the archives and find the tape.