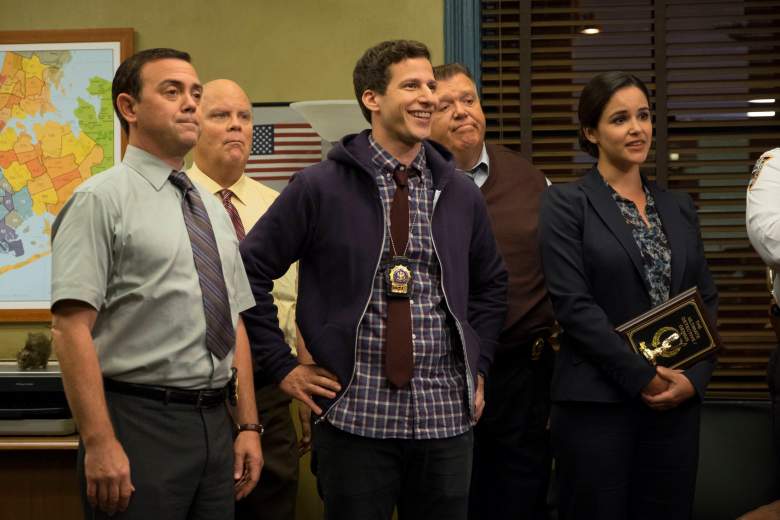 Thanks to a historic World Series between the Cleveland Indians and Chicago Cubs, the Brooklyn Nine-Nine precinct gets a much-deserved night off. The next episode of the series, titled “Skyfire Cycle,” will not air until Tuesday, November 15 at 8 p.m. ET.

The previous episode of Brooklyn Nine-Nine was the show’s fourth annual Halloween episode, which featured a heist to steal the Ultimate Detective Slash Genius award. You can watch the hilarious episode by clicking here to go to Fox Now and sign in through your TV provider. The Fox Now app is also available for free on the Apple App Store, Google Play, Amazon Kindle Fire and Windows devices. You can also use the app on Apple TV, Roku, XBox One, XBox 360, Chromecast, Android TV, Fire TV and Samsung Smart TV and Blu-ray players.

The next episode of Brooklyn Nine-Nine is titled “Skyfire Cycle.” Christopher Gehrman (Seven Psychopaths) will guest star as Sam Boyle, one of Detective Boyle’s cousins. Here’s the full episode synopsis:

Terry meets his lifelong hero, a famous author, after the man receives death threats. Elsewhere, Gina forces her way into the Boyle clan of cousins in hopes of choosing the next family vacation; and Holt’s furious when Amy sides with Kevin in an argument about a math puzzle. 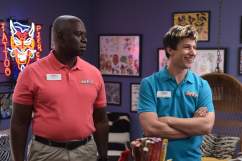 Read More
Andy Samberg, FOX, TV
Thanks to the opening game of a historic World Series, the Brooklyn Nine-Nine team has the night off. Click to learn when the show comes back.