During the course of their appearances on Real Housewives of New Jersey, Joe Giudice has been accused several times of cheating on his wife. Cast member Jacqueline Laurita exclaimed at one of the reunions that Teresa Giudice told her about catching her husband with another woman at work. And, on an episode of RHONJ, Joe was overheard on the phone in what appeared to be a secretive and inappropriate conversation. He later claimed that he was on the phone with a co-worker. There have been countless tabloids and stories out over the years, saying Joe Giudice is a cheating husband. And now, again on the show, the Giudice’s marriage comes under fire.

Teresa Giudice has confronted her husband on the show and made it clear that cheating is out of the question. She has also stated that their each having to go away to serve time in jail has brought them even closer and stronger as a couple. Teresa has stated that:

On an episode of Watch What Happens Live from February 2016, Andy Cohen talked to Teresa about the cheating allegations surrounding her husband while she was serving time in jail. Cohen asked her about her reactions to all the tabloid stories, to which she replied:

You know, I saw them because the girls would get their magazines there. One of them, of a matter of fact, was one of our friends that Joe was down in AC with them and had him take a picture with this blonde that was a friend of his and then he sold the story. And then we found out that he was having money problems … Listen Andy, I think by now you know me. If I didn’t want to be with Joe, I wouldn’t be with Joe. If Joe didn’t want to be with me, he wouldn’t be with me.

In July 2015, one of Joe Giudice’s alleged mistresses, named Samary Graulau, spoke out and told Riot Housewives that there was no truth to rumors that she was dating Joe. She explained:

It’s ridiculous. It was just a dinner. He is a friend. That is it. I can’t believe this.

When asked if Joe Giudice was “touchy feely” with her, she responded with, “Ugh, I don’t know.”

Whatever the case is, Teresa Giudice has chosen to stick by her man and keep her family together, caring for their four daughters while husband Joe Giudice serves his time in jail. 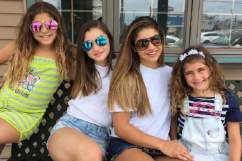 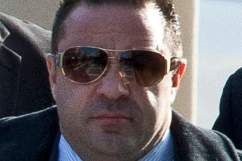