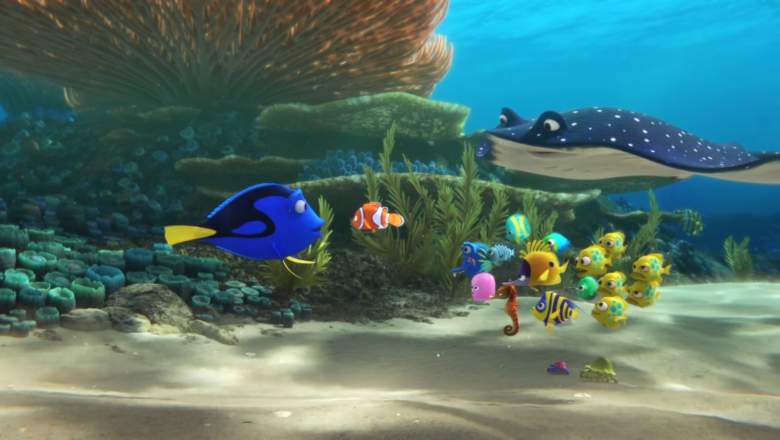 The story of 2016 at the box office is just how much Disney dominated. The studio released six of the 10 highest-grossing films of the year. Rogue One: A Star Wars Story has now become the top-grossing movie released in 2016.

Warner Bros. came in a distant second with just two in the Top 10, while 20th Century Fox and Universal each had one. Disney singlehandedly saved Hollywood from what was perceived as a possible down year and now the industry is looking to set a new record.

On December 19, Disney announced that it will be the first ever studio to reach $7 billion at the worldwide box office in a single calendar year. They made the announcement just after Rogue One: A Star Wars Story debuted to $290 million worldwide.

On December 26, The Hollywood Reporter reported that the industry as a whole just passed $11.05 billion after the Christmas holiday weekend. The box office could break $11.3 billion, passing the $11.14 billion set in 2015, based on CinemaScore data.

This news came as a huge relief to Hollywood, which was concerned that 2016 would be a dud. However, a late-summer upswing saw the industry take in $4.483 billion between May 6 and Labor Day weekend. That was just .04 percent behind 2015’s summer.

Now, let’s take a look at the Top 10 highest-grossing films of 2016, as of December 26. All data comes from Box Office Mojo. 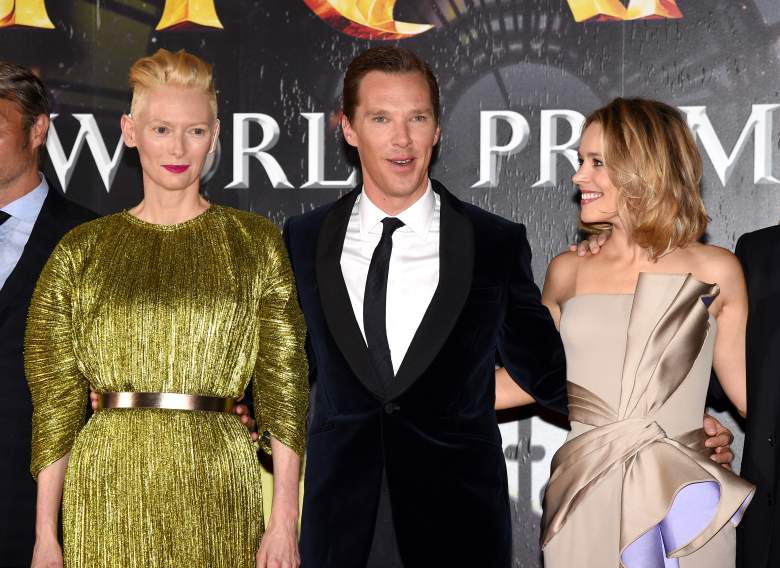 The latest film in the Marvel Cinematic Universe, Doctor Strange was released on the first weekend of November. The film stars Benedict Cumberbatch as Dr. Stephen Strange, an arrogant surgeon who seeks out The Ancient One (Tilda Swinton) for healing after injuring his hands. The film is currently the ninth highest grossing film in the Marvel Cinematic Universe, which now includes 14 films. 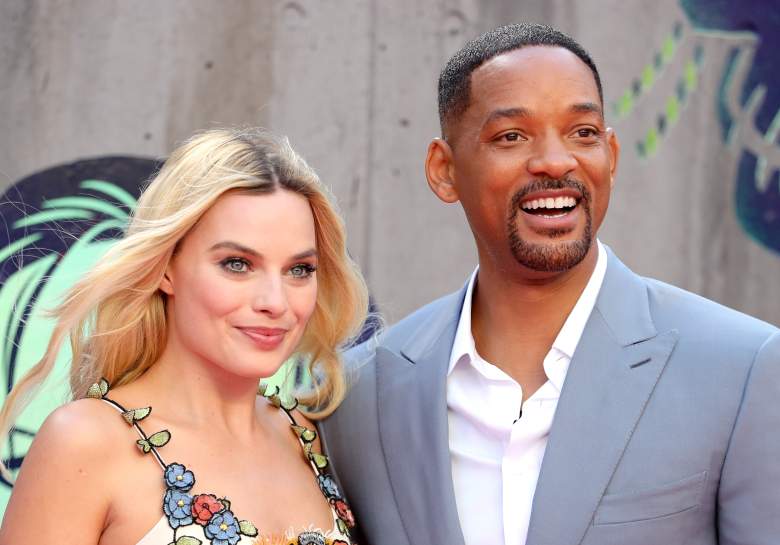 Will Smith and Margot Robbie. (Getty)

Drubbed by critics and fans alike, David Ayer’s Suicide Squad simply rode curiosity and a killer marketing campaign to the top of the box office. The Warner Bros. movie shouldn’t have been a hit and did make 41 percent of its total on opening weekend, but audiences still flocked to it. The movie stars a group of obscure DC Comics villains who have to fight an even more obscure DC Comics villain to save the world. At least Margot Robbie wasn’t too bad as Harley Quinn. 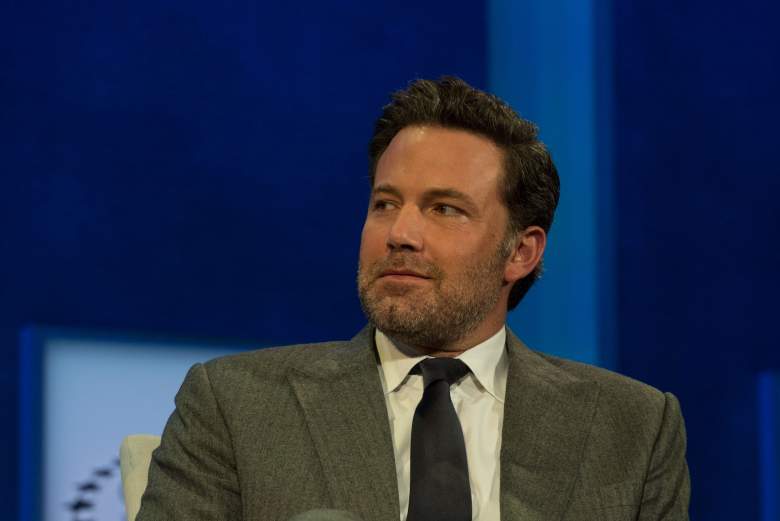 Ben Affleck made his debut as Batman in Batman v. Superman. (Getty)

When is a movie that grosses over $850 million worldwide a disappointment? Warner Bros. needed Batman v. Superman: Dawn of Justice to be a smash hit to get its DC Comics universe off on the right foot. Instead, the film failed with critics and the movie has been divisive (to say the least) among fans. The movie made an astonishing 50.3 percent of its total domestic gross on opening weekend, which is bad. Warner Bros. didn’t need this to be the seventh highest-grossing movie of 2016. They needed it to be Number One. 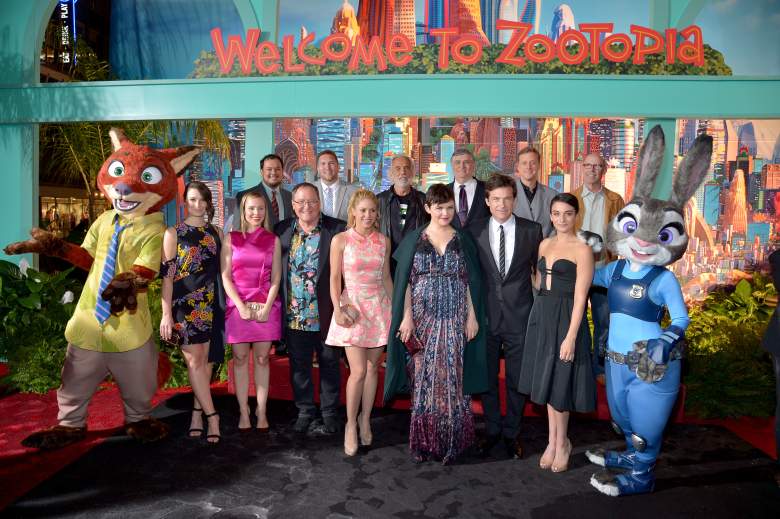 The cast and crew of Zootopia. The film was the first movie of 2016 to hit $1 billion at the global box office. (Getty)

The first billion-dollar movie of 2016 was Disney’s Zootopia. The film earned fantastic reviews, impressing critics with a surprisingly serious message about stereotypes. Zootopia turned out to be the Disney version of a crime drama, with a lovable bunny cop and a sly fox as the stars. 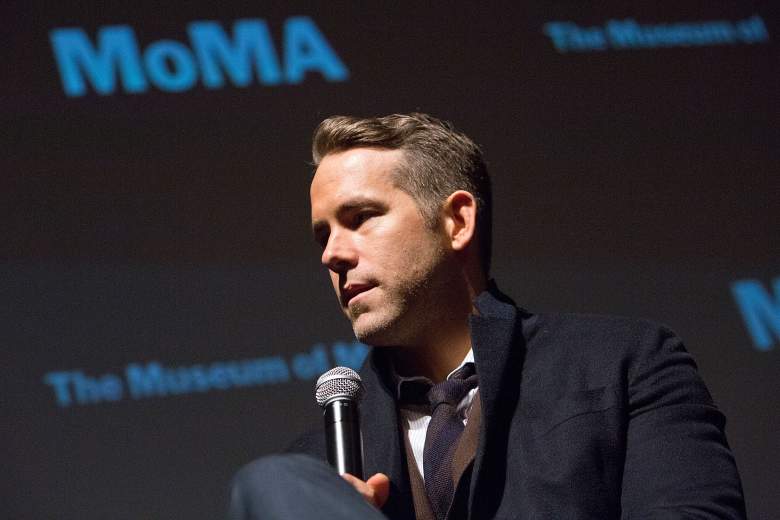 Deadpool has been such a hit with audiences and critics that Ryan Reynolds was asked to do a Q&A at New York’s Museum of Modern Art, where it was screened on December 19 as part of the museum’s “The Contenders” series. (Getty)

If someone said in 2015 that a movie about a B-list character in the X-Men comics would be the star of 20th Century Fox’s biggest hit of 2016, it would have been impossible to believe that person. But Deadpool grossed $363.1 million, making more than $100 million more than X-Men: Apocalypse did domestically. The R-rated movie cost just $58 million to make and starred Ryan Reynolds, an actor who hadn’t had a hit since 2012’s Safe House. Audiences couldn’t stop laughing at the fourth-wall-breaking Merc With a Mouth, as the movie made just 36.5 percent of its total during its first weekend. 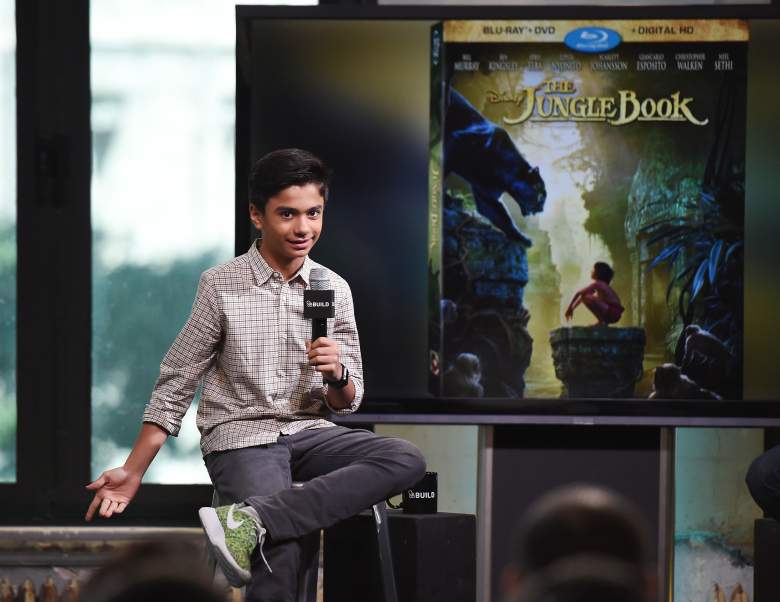 Neel Sethi gets to say his first movie role was Mowgli in Disney’s The Jungle Book. (Getty)

If you think Disney is making too many remakes of their animated classics, your complaints will fall on deaf ears. The Jungle Book, a ‘reimagining’ of the 1967 animated movie, was directed by Jon Favreau and featured animated CG animals with Neel Sethi as Mowgli. This was another well-reviewed success for Disney, which was surprising since critics didn’t really warm up to movies like Alice In Wonderland and Melificent. The Jungle Book‘s success is why live-action versions of Beauty and the Beast and Mulan are coming soon. 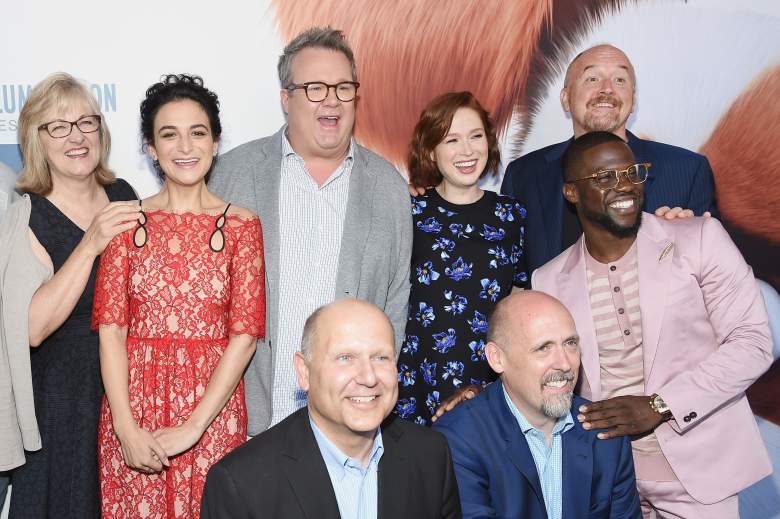 The cast of The Secret Life of Pets with producers Janet Healy and Chris Melandandri and director Chris Renaud. (Getty)

The Secret Life of Pets is the only non-Disney animated film to make the Top 10. It was produced by Illumination Entertainment, Universal’s in-house studio and the people responsible for Despicable Me and Sing. The film was a long-running success during the summer, even with Finding Dory still in theaters. It stayed on all four legs for weeks, only making 28.3 percent of its total domestic gross in its opening weekend. 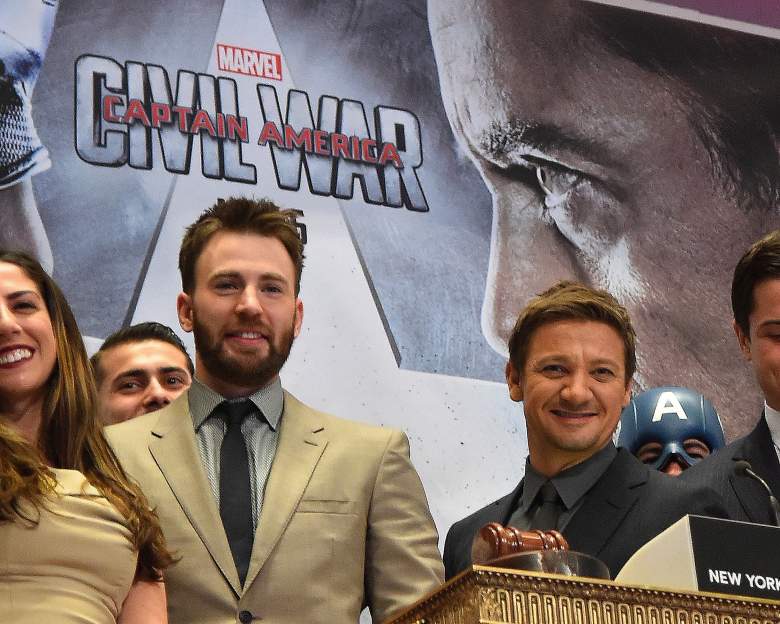 Disney probably didn’t need to do much promotion for Captain America: Civil War

Both Marvel Cinematic Universe movies from 2016 landed in the Top 10 highest grossing movies of the year. Captain America: Civil War acted much like a third Avengers movie at the box office and became the fourth-highest grossing movie in the MCU. (The only ones to do better are The Avengers, Avengers: Age of Ultron and Iron Man 3.) Considering the cast, it was no surprise that the film did so well. In addition to Captain America (Chris Evans), the movie had Iron Man (Robert Downey Jr.) and an appearance from the new Spider-Man (Tom Holland). 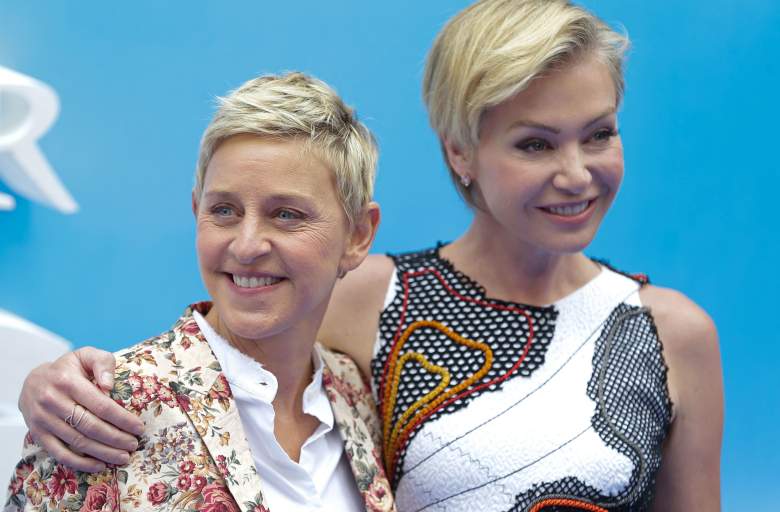 Ellen DeGeneres and her wife, Portia De Rossi, at the London premiere of Finding Dory. (Getty)

While belated sequels like Zoolander 2 and Bridget Jones’s Baby failed at the box office, Finding Dory became the highest-grossing film of the year. Coming 13 years after Pixar’s Finding Nemo, the film tells the story of the forgetful Dory’s search for her parents. Dory also features a strong voice performance from Ellen DeGeneres. Many of us want to see Pixar return to original projects, but the success of Finding Dory might make that difficult when even their sequels turn to gold. 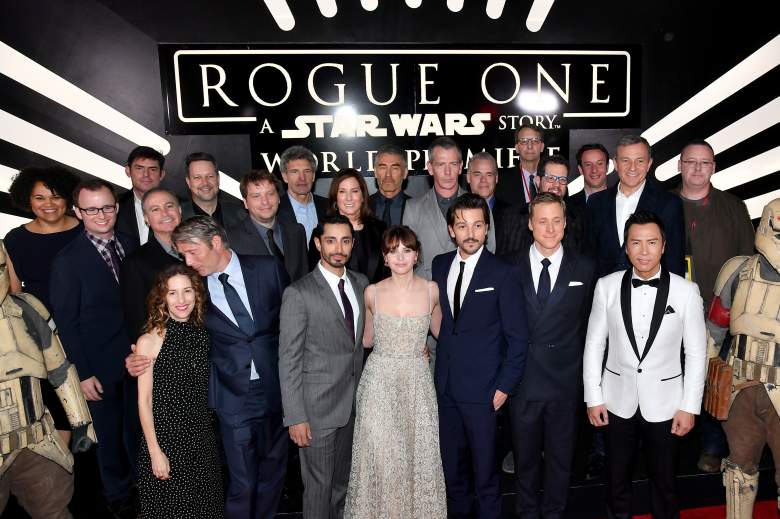 After less than a month in release, Rogue One: A Star Wars Story became the third highest-grossing film of the year. Now, a month after screenings started on December 15, it’s the top-grossing film released in 2016. Directed by Gareth Edwards, the film is the first stand-alone Star Wars movie, taking place outside the main saga films. It centers on a group of rebels led by Jyn Erso (Felicity Jones), who steal the plans to the Death Star just before the events of Star Wars: Episode IV – A New Hope. 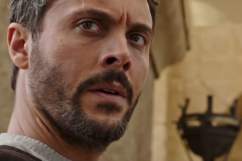