Chance the Rapper’s domination in the music industry continues as the Chicago hip-hop artist is going on tour this Spring. This comes after Chance won three Grammys for Best New Artist, Best Rap Performance and Best Rap Album for his solo project “Coloring Book“.

Chance will be performing all over the country this Spring with 37 dates on his upcoming tour. Chance announced the tour via Twitter, thanking everyone and stating that tickets for the tour will go on sale today at 7pm EST(February, 14, 2016). No other details have been revealed about potential openers or prices.

thank YOU GUYS for everything. tour goes on sale at https://t.co/m5rYnxicio at 7pm ET pic.twitter.com/9PVAdLs8Vt

Last year Chance the Rapper’s Net Worth was detailed at $1million and the majority of that comes from concert sales. Last year Chance hosted a festival in Chicago called The Magnificent Coloring Day Festival where he had artists like Alicia Keys, Tyler the Creator and Young Thug perform at U.S Cellular Field. This was the first time a concert had ever taken place at the Chicago born baseball field. 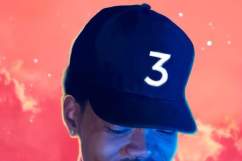 Chance will most likely still be touring some songs from his third project “Coloring Book” which features the Grammy-winning track ‘No Problem’ featuring Lil Wayne and 2Chainz. No stranger to exhilarating performances as Chance performed a medley of ‘Coloring Book’ at the 2017 Grammys. Tickets for Chance’s ‘Spring Tour 2017’ will be available at 7pm EST on ChanceRaps.com.