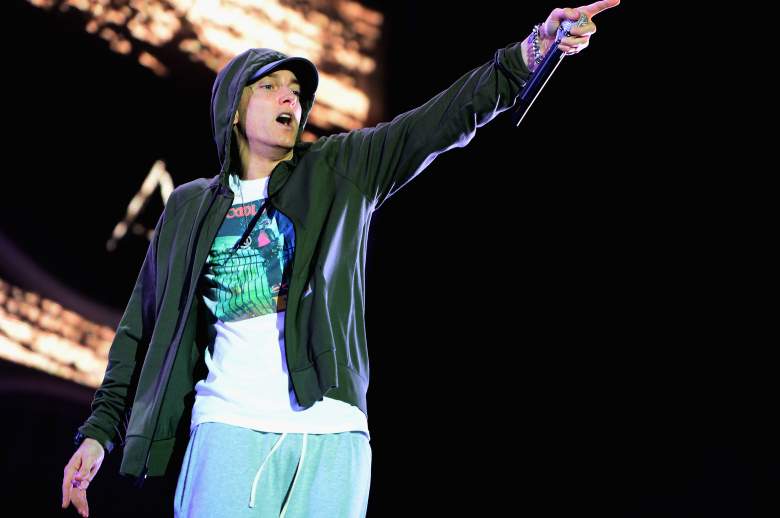 Marshall Mathers, aka Eminem, allegedly died in a car crash back in the early 2000s and was replaced by some form of robot or cyborg. That’s what celebrity death hoaxes and conspiracy theories have been claiming for years. Many believers point out Mathers’ bone structure, eyes, rumors of a car cash and more to back up these theories. Whether it’s a robot, cyborg, some type of clone living Eminem’s life, Mathers has yet to comment on any of this.

One of the most recent publications to talk about this death hoax conspiracy is the UK’s Daily Star. This story follows the story that Eminem was replaced by a robot or cyborg of some sort after his 2007 “fatal car crash,” but adds in some … “proof.” According to a number of fans speaking with the newspaper, his facial bone structure is different.

If you’re looking for more information on this artificial Eminem intelligence theory, you can watch this 13-minute video that breaks it all down:
VideoVideo related to eminem dead or alive: death hoax conspiracy theories2017-02-08T13:38:33-05:00

This celebrity conspiracy sounds a lot like the Paul McCartney theories out there. Much like this Eminem story, there’s a rumor that McCartney died in a car accident and was replaced by a lookalike. People have believed this for decades, and there have been numerous books written on it, pointing out the signs that lead to the “truth.” There’s even a full documentary on the subject, which you can watch for free right here.

The death hoax phenomenon will likely be an ever present factor of pop culture. It seems like a new rumor or conspiracy pops up each day. Who do you think will be the next death hoax victim?