Al Jarreau with his wife, Susan Player Jarreau, and their son, Ryan, in 2001. (Getty)

Legendary jazz singer Al Jarreau died Sunday at the age of 76 after being hospitalized with an unspecified illness in Los Angeles.

He was surrounded by his wife, Susan Player Jarreau, 62, and their son, Ryan, 33, when he passed away, his manager said.

Here’s what you need to know about Jarreau’s wife, Susan and their family:

1. Jarreau Wrote ‘Susan’s Song’ About His Wife Not Long After They Met at One of His Shows

Susan Player and Al Jarreau met in the early 1970s while he was playing shows at the Bla Bla Café in Studio City, according to People magazine.

Jarreau was previously married to Phyllis Hall from 1964 to 1968.

Susan do you mind,
sometimes I’m restless
Rolling on the floor in pain and woe
After all the precious gifts you
will gladly give to me, girl
I may blindly lock and bolt the door

“You know, I’m really happy that so many people like that song. I wrote it for my wife, Susan. She’s my saving grace,” he told Rock Around the World.

2. She Was an Actress Who Appeared in Several Films in the 1970s & Also Worked as a Model

A year after getting married in 1977, Susan Player Jarreau did the illustration for the back cover of Al Jarreau's ALL FLY HOME. pic.twitter.com/X6oroWCKQV

Susan Player Jarreau has worked as an actress and as a model.

She appeared in several films in the 1970s, according to her IMDB profile, including “Malibu Beach,” “The Pom Pom Girls,” “Las adolescentes,” “High School Girl” and “Invasion of the Bee Girls.”

She is also an artist, and drew illustrations for at least one of her husband’s albums.

3. Her Story About Being Sexually Abused as a Child Led to a California Law Ending the Statute of Limitations for the Crime

In the early 1990s, Susan Jarreau shared her story of being sexually abused as a child to help end the statute of limitations for the crime in California, according to the Los Angeles Times.

Susan Jarreau told the Times in 1991 that she was sexually abused from when she was 6 to 14. The memories of the abuse did not surface until she was in her early 20s, and she sought therapy then, but could not press charges against her abuser.

She teamed up with attorney Gloria Allred and then Republican Assemblywoman Paula Boland to get a law passed ending the limitations on sexual assault involving a child.

“It’s such a horrible crime,” Jarreau told the Times. She said most children do not think about reporting the abuse. “When you’re a 6-year-old, all you know is that it’s yucky.”

Boland told the Times that the statute of limitations meant, “a child who finally confronts those traumatic memories as an adult has lost all chance of seeing the abuser punished.”

The law was successfully passed with Jarreau’s help.

4. Their Son, Ryan, Is a Jiu-Jitsu Trainer & MMA Fighter

Ryan Jarreau, 33, works as a jiu-jitsu trainer in California and is also a mixed-martial arts fighter, according to his Facebook page.

He graduated from California State University, Northridge. He also performed vocals on three songs released by Al Jarreau, according to Discogs.com.

Ryan Jarreau was with his father at the hospital, along with Susan Jarreau, during his final days.

Al’s manager wrote on Facebook on February 9, “His son reports that he caught his dad singing ‘Moonlighting’ to one of the nurses.”

5. Susan & Ryan Jarreau Have Asked for Donations to a Wisconsin Music Foundation in Honor of Al

Jarreau was a native of Wisconsin. His family has asked that in lieu of flowers and gifts, donations be made in his name to the Wisconsin Foundation for School Music, “a wonderful organization which supports music opportunities, teachers, and scholarships for students in Milwaukee and throughout Wisconsin.”

“Even if you do not plan to contribute, please list that page and give yourself a few minutes to watch a beautiful tribute video that Wisconsin Public Television produced to honor Al when he received his lifetime achievement award in October,” his manager, Joe Gordon, told Ebony.

Donations can be made here.

A private memorial service is being planned. 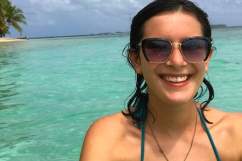