An American tourist was strangled on a trail after going missing during a vacation to a Caribbean island in Panama.

American officials are working along with Panamanian authorities to investigate the killing.

No suspects have been identified, but police have carried out raids on several homes, according to local news reports.

Johannet was reported missing Thursday, February 2, after staff at the hostel where she was staying on Colon Island noticed she had not returned from a trip to Red Frog Beach, Newsroom Panama reports.

She told the staff she was leaving for the trip to the Bastimento Island about 10:30 a.m. that day, and that she planned to return that afternoon. She left her belongings in her room. The staff grew concerned when she had not returned by that night and contacted authorities, who launched a search for her.

Here’s what you need to know about Johannet and the murder investigation:

1. Johannet Was Beaten & Then Strangled With Her Own Pink Wraparound Skirt

Catherine Johannet’s body was found on a wooded trail on Sunday by a police officer taking part in the search for her, Newsroom Panama reports.

An autopsy found that Johannet was beaten and then strangled using her own pink wraparound skirt, a swimsuit cover-up known as a pareo, Nex Noticias reports.

The autopsy found she received blunt-force trauma to the back of the head and her body was dragged, a local newspaper reports.

The autopsy by the Panama’s Institute of Forensic Medicine and Forensic Sciences of the Public Ministry was completed Wednesday and her body is expected to be returned to the United States soon.

Police have not released any information about a possible suspect.

2. She Posted a Photo a Week Before Her Murder Saying She ‘Found Paradise’ in Panama

I found paradise and it's called Isla Ina!?☀️

A week before her death, Johannet posted a photo on Instagram in front of picturesque Panamanian beach, writing, “I found paradise and it’s called Isla Ina.”

Johannet enjoyed traveling around the world. Her brother, Paul, wrote on Facebook that she had been to six continents in her 23 years.

She recently returned to the United States from Vietnam, where she worked for a year after graduating from Columbia University.

Look look guys, I'm a model! Thanks @johnie.tri for making me #vogue in Saigon

She took the trip to Panama about a week before her death.

It is not known if she was traveling with anyone else. It is also not known whether she was alone during the boat trip to Bastimento Island and the hike there.

3. She Worked as a Teacher in Vietnam After Graduating From Columbia in 2015

Johannet worked as a teacher at IvyPrep in Hanoi, Vietnam, from July 2015 until October 2016, according to her Linkedin profile.

She graduated from Columbia University in 2015 with a degree in comparative literature. Johannet also graduated from Edgemont High School in Scarsdale, New York, in 2011.

A Vietnamese photographer, Trần Toàn Trí, who met Johannet in a cafe and took the photo below, wrote, “We met in a cafe in Saigon on December 2016, you remember right? I (was) alone so I asked you for some photos and we did. This one I think is one of the best photo I took….Rest in peace…. Catherine Johannet​.”

New playground friends (they're not imaginary, I swear ?)

While studying at Columbia, Johannet was an intern at StoryCorps , Sterling Lord Literistic, Bellevue Literary Review and Oxford University Press. She was also a peer advisor at Columbia.

She spent part of her junior year studying in Portugal, and worked for AEIPS (Associação para o Estudo e Integração Psicossocial), an organization that provides support and programs for those with mental illness.

4. Johannet’s Family Rushed to Panama After She Went Missing & the FBI Is Now Helping Panamanian Authorities Find Her Killer

Johannet’s family, including her brother, Paul, and sister Laura, rushed to Panama to help find her after she was reported missing. Friends hung missing posters around the area and assisted authorities in their search.

Her family was held up during their travels and did not arrive until Sunday, after she had already been found dead. Her body was flown by helicopter to the morgue, and she was identified by her brother and sister, authorities said.

Johannet’s family thanked her friends for helping in the search and for their support after she was found dead.

“Thank you for your amazing efforts to search for my youngest sister Catherine, who went missing while traveling in Panama last Thursday,” Paul Johannet wrote on Facebook on Monday. It brought comfort to our worried hearts knowing that you were already looking for her while we were still flying to Panama. Unfortunately the worst has been confirmed. She passed away. We said goodbye to her today.”

Laura Johannet also wrote on Facebook about her sister’s death, saying, “Thank you for your support as we tried to find my baby sister. all your shares and contact with others helped us feel like we were doing something while we were stuck getting there. We will always appreciate that. Unfortunately we have learned today that she has passed away.”

The FBI is now assisting in the investigation into Johannet’s death, according to The Journal News.

“Multiple senior members of the Panamanian government have been working closely, throughout the weekend, along with the Ambassador, U.S. consular officials, and the FBI,” Adrienne Bory, a spokesperson for the U.S. Embassy in Panama, told the newspaper. “We express our regret to the family of Ms. Johannet. We will continue to work closely with Panamanian government officials and provide all possible assistance to the grieving family.”

The FBI and local police conducted raids on Bastimentos Island as part of the investigation, The Journal News reports. Several people, possibly as many as eight, were detained, but the killer is not believed to be among those taken in for questioning, La Prensa reports. 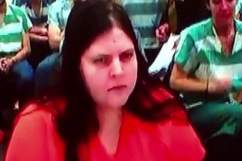 5. Her Family Will Have a Service for the ‘Cheerful, Adventurous, Thoughtful & Warm’ Woman on Saturday in Her Hometown of Scarsdale

Johannet’s brother said on Facebook that they will have a service for her on Saturday in her hometown of Scarsdale, New York.

“For her many friends around the world who cannot make it for our beloved Cat’s memorial please light a candle for her at 11am, I know she would love that,” her sister, Laura Johannet, wrote on Facebook.

Her family also posted touching tributes to their slain sister.

“She was a world traveler – by the age of 23, she had already visited 6 continents and innumerable countries, including a recent 18-month trip to Vietnam where she taught English Literature to local students,” Paul Johannet wrote on Facebook. “She was cheerful, adventurous, thoughtful and warm – all qualities I strive towards. I’ll always look up to my youngest sister.”

Her sister, Laura, wrote on Facebook, “My family is thinking of all our beautiful memories with our laughing, adventurous, warm little girl. She was always there to listen to you and just enjoy life with her loved ones.”

Debbie Woodridge, a family friend whose family Catherine stayed with in Britain a few years ago, wrote on Facebook, “You died doing what you love doing…. adventuring the world. I checked in with you every few months or so and you were always somewhere different…..So much fitted into your young life and so much for all youngsters to aspire to. Catherine lived with us for a summer a few years ago and spent time having fun, bike riding and making things with the children.”

Her high school issued a statement to The Journal News about her death.

“The Edgemont school community is saddened by this tragic news,” Superintendent of Schools Dr. Victoria Kniewel said in a statement. “Catherine was a joyous and bright young woman, with a promising future ahead of her. Edgemont was Catherine’s home for so many years, and it’s so distressing to learn of her passing. We have her and her family in our thoughts and prayers during this very difficult time. 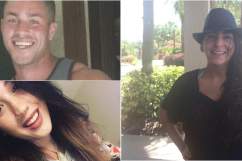 Loading more stories
wpDiscuz
0
0
Would love your thoughts, please comment.x
()
x
| Reply
Catherine Johannet, an American tourist and Columbia University graduate from New York, was found strangled to death while on vacation on an island in Panama.