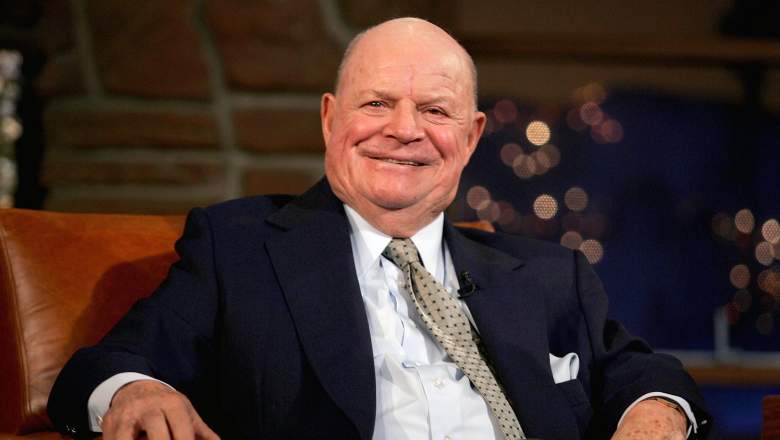 No one was safe from a Don Rickles joke, especially during the 1970s and 1980s. Although the “Merchant of Venom” never retired and continuing targeting everyone with his jokes, some of his best work came during episodes of The Dean Martin Celebrity Roast.

In 1973, for the final season of The Dean Martin Show, the producer started including Celebrity Roast segments called “Man of the Week Celebrity Roasts.” The segment became so popular that then-Governor Ronald Reagan was roasted.

When NBC cancelled the show, the network decided to keep the popular segment alive by signing Martin to host celebrity roast specials. Each episode, starting with Bob Hope in 1974, would feature Martin introducing comedians and celebrities roasting the subject. The format has recently been revived by Comedy Central for their roast specials.

Rickles appeared at the majority of these and they continued until 1984 with an episode roasting the late Bonanza actor Michael Landon.

Here’s a look at the 10 best “Man of the Hour” Roasts with Rickles.

The episode roasting Bob Hope was the first special episode after The Dean Martin Show was cancelled.

Rickles was a lifelong Democrat, so roasting Ronald Reagan must have been fun. The roast was taped in 1973, while Reagan was still governor of California.

This isn’t from a Dean Martin special, but it’s still funny, featuring two comedy legends who reached 90 years old. Lewis is still with us and turned 91 last month.

Frank Sinatra was Rickles’ target in 1978. Sinatra used to call Rickles “bullet-head.” Their careers often collided, since they both performed in Las Vegas in the 1960s. Aside from the following roast, there was a great moment on the Tonight Show when Rickles dropped by just to kiss Sinatra.

As The New York Times notes, Sinatra is even credited with discovering Rickles in 1957. The story goes that Rickles, who never met Sinatra before, told him “Make yourself at home, Frank. Hit somebody.” Sinatra laughed and fell off his seat.

When Dean Martin was the “man of the hour,” Rickles hosted the episode. Below is the entire episode.

Martin loved to give his Rat Pack pals the spotlight… so they could be insulted. Here’s Rickles’ segment from the 1975 episode on Sammy Davids Jr.

Who could insult Lucille Ball? Rickles took aim in 1975.

Jimmy Stewart was Rickles’ target in a 1978 episode.

Yes, even stunt men were not immune to Rickles’ jokes. This one aired in November 1975.

In this one, Martin introduces Rickles as the “national distributor of hate.” Burns was 81 years old at the time the special was recorded and in the middle of a career renaissance. The former vaudeville star won an Oscar for 1975’s The Sunshine Boys.

Here’s that time Mr. Warmth roasted Mr. T… and wondered why on earth people were honoring Mr. T. He also tells Howard Cosell to his face that he’s annoying and needs to go away. 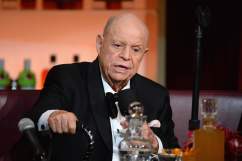