“Race is the most divisive issue in America…” and Charles Barkley is about to approach that issue from all angles.

TNT’s new docu-series, American Race, is a two-night, four-hour, television event that will air May 11 and May 12 from 9pm to 11pm ET. In the series, Barkley will make his way across the country to meet people who will each offer their point of view on subjects like police and race relations, Muslims in America, Hollywood stereotyping, and Immigration. The four-episodes that comprise the series are titled: “Baltimore Rising”, “Muslim Is the New Black”, “Entertainment Still So White”, and “The Divided States of America”.

In the first episode, “Baltimore Rising”, the former NBA superstar will examine the rioting that followed the death of Freddie Gray. He’ll also speak to the sister of Tyrone West– another man who died in police custody. By being a part of a series that explores polarizing issues, Barkley hopes to ignite a conversation that will provoke understanding and change. TNT writes, “The results are shockingly provocative and strikingly emotional, with Barkley finding his own preconceived notions being examined and challenged.”

A special sneak-peek of American Race will air after the NBA Playoffs on Sunday, May 7 at 11:30 p.m.. Subscribers will also have the chance to watch all four episodes on VOD and using the TNT app starting May 8. 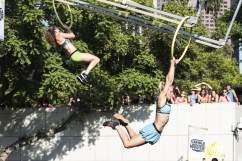 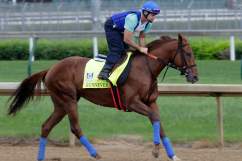 When Is the Kentucky Derby?