Tonight is the season 5 finale of FX’s The Americans, and fans will be happy to know that the show has been renewed for a sixth season and final season in 2018.

The news was initially announced by the network in 2016, and they added that the sixth and final season would consist of 10 episodes and would air in 2018. The 1980s espionage thriller chronicles the lives of Elizabeth and Philip Jennings– Soviet KGB officers living undercover as a married American couple in the suburbs of Washington DC.

The show has averaged .19 ratings in the 18-49 demographic, and .758 million viewers this season. For comparison, the fourth season averaged a .26 rating and average total audience of 909,000 viewers.

Prior to the start of season 5, the show’s creator, Joe Weisberg, was asked how the structure for season 5 differs from its predecessors. Weisberg said, “The main thing is that we knew that we were approaching the end game, and we knew exactly that we had this season and next. We knew we had 23 episodes to finish our story, and we also knew for a while how the story’s going to end. So it was different building the story that way with the end in sight and knowing it was coming soon. It changed the way we built it, and I think overall it made it easier.

Asked if he’d received advice from other showrunners on how to best end the series, the creator said, “You don’t really have to call your friends the way you used to because you already know what they think. I mean, I’ve read people talking about this issue quite a bit. Or maybe we’re covering for the fact that we don’t have a lot of friends.” 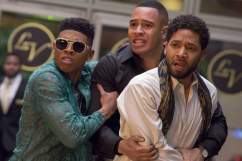 ‘Empire’ Renewed or Cancelled: Is the Show Returning for Season 4? 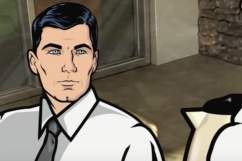 ‘Archer’ Renewed or Cancelled: Is It Coming Back for Another Season?