Actress Maia Campbell made headlines on Sunday after a video of her went viral. In the video, it appears that Campbell is wearing only a bra and underwear, while she can be heard saying she wants some crack, and telling a story a tale about an experience she had with a Persian stripper.

This comes as a shock to many who have followed Campbell’s career, as she was believed to have kicked her substance abuse habit in the past few years, following her appearance on an episode of Iyanla: Fix My Life. To learn more about Campbell and her struggles with addiction and bipolar disorder, here are five fast facts you need to know.

Campbell began her acting career in 1993, when she played the role of Lucky’s (Tupac Shakur) cousin in the film Poetic Justice. From there, she took her talents to television, where she starred as Nicole in the Fox series South Central (1994) and hosted the young adult magazine show Twenty-four/Seven (1995).

Her most popular role, however, was in the NBC sitcom In the House (1995-98). Playing opposite LL Cool J and Debbie Allen, Campbell starred as Tiffany Warren, a high school student whose family rents a room out of Cool J’s mansion. For her efforts, Campbell was nominated for a Young Artist Award for Best Performance by a Young Actress in a Comedy Series in 1996.

2. She Was Diagnosed With Bipolar Disorder & Sentenced to a Mental Health Facility in 2010

Campbell has dealt with bipolar disorder her entire career. According to The Huffington Post, though, it didn’t begin to damager her career until she stopped her medical treatments. In 2010, Campbell was arrested for theft and sent to a mandatory mental health facility. After her release, she lived voluntarily at a residential treatment center with the intention of eventually living on her own again.

During this time, the actress also agreed to appear on an episode of Iyanla: Fix My Life to open up about her life. “You had bipolar disorder,” states Iyanla in the interview, “You were thinking on your own, and you weren’t taking your meds. And what did that result in?”

Campbell was frank in her response: “Chaos. There’s a lot of pain that goes into my story, a lot of issues with my mom. A lot of times when I was out there running the streets that I bumped into the wrong person and they brought me down.”

3. She Has a Teenage Daughter Named Elisha

Campbell was married to Elias Gutierrez from 1998 to 2002, and the couple had one daughter, Elizabeth Elisha Gutierrez in 2000. Due to her reluctance to treat her bipolar disorder however, Campbell lost custody of her daughter the following year. When Elizabeth (also known as “Elisha”) appeared on the aforementioned episode of Iyanla: Fix My Life, it is said that she has been living with her father.

“Maia hopes to one day regain custody of her daughter,” says Iyanla, “But first she had to focus on mending their broken relationship.” When given a chance to sit down with Elisha, Campbell says “I want you to know that I love you and that none of this is your fault and you’re the reason I’m trying to get better… No matter where I am, I’m always a phone call away, in some way or another I’ll always be here for you.” Elisha is currently 17.

4. Former Co-Star LL Cool J Offered to Help Her & She Turned Him Down

#LLCoolJ is seeking contact info for his former costar #MaiaCampbell after a recent viral video revealed that she has relapsed and is back on drugs ??

The video of Campbell surfaced on July 8th. In the video, she can be seen dancing up and down at a gas station and saying that she was raped by a man claiming to be Bill Cosby. Among the other topics of discussion between her and the man recording the video (later identified as a rapper named T-Hood) was an encounter she had with a Persian stripper that Campbell got in a fight with. You can watch the uncensored video here.

After the video went viral, Campbell’s In the House co-star LL Cool J took to social media. “Instead of pulling out your phone and filming someone who’s obviously having trouble,” he wrote on Twitter, “Maybe lend a helping hand? A kind word?” On Sunday, LL posted a picture of Campbell on Instagram with the caption “If someone has a contact on Maia pls let me know..”

Instead of pulling out your phone and filming someone who's obviously having trouble. Maybe lend a helping hand? A kind word? @MaiaCampbell

As a response to the backlash he received for not helping Campbell, T-Hood posted a video defending his choice to film her. “Y’all n***as would not be mad if I posted a white girl,” he said, “Just because she was a black actress from back in the day, who we already all know from Redan. She been on the block for years. We been knew this b***h. She been doin’ dumb s**t.” Watch T-Hood’s full response video here.

5. This Isn’t the First Time a Video of Campbell Has Gone Viral

Campbell has previously dealt with videos of her going viral. In 2010, a video surfaced of the actress sitting in a car and dropping a series of profanities while talking with two unseen men. She appears to be under the influence in the video, and around the 5:15 mark, she claims that she’s looking for her daughter. The content may be offensive to some, so you can click here to watch it in its entirety.

In 2015, the same year that Campbell was arrested at a Burger King in Atlanta, a video of her twerking went viral. “LL Cool J she done fell off dog,” says the man recording the video, “Come get your niece bruh,” referring to their relationship on In the House. Before the video is over, however, Campbell offers to twerk for the man, and chants “This is how your mama terk.” Watch the 15-second clip above.

Campbell was also arrested at a Waffle House in Georgia in 2015. TMZ reports that she was causing a drunken scene at the eatery, and that when police arrived, they gave her the chance to leave peacefully. She refused, and was subsequently booked for disorderly conduct. 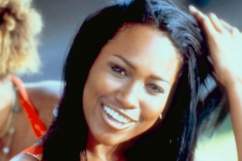 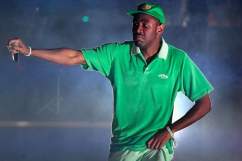 Tyler, the Creator Gay Rumors: Is He Dating Anyone?