On Life of Kylie, star Kylie Jenner shows how her online critics and fans’ opinions can negatively affect her, especially when it comes to her dating relationships. On the show, Jenner opens up, saying:

The hardest part about having a relationship for me is just that it’s blasted all over the Internet … You have to hear about other people’s opinions on who you’re with. It’s a lot. Most of the time it’s just not true. Like, you have no idea what I’m like in a relationship, [or] what kind of bond I have with somebody else … You cannot win with Internet. There’s no winning. It’s just unnecessary negativity. I feel like I’m in a relationship with the world sometimes.

Jenner and ex boyfriend Tyga were together for three years and their relationship was shown often on Keeping Up With the Kardashians. Tyga is also the baby daddy to Blac Chyna, who is the ex-fiancee of Rob Kardashian, Jenner’s half-brother. Chyna is a mother to Tyga’s child, King, along with Rob Kardashian’s baby girl, Dream.

So, why did Jenner and Tyga ultimately break up? Over the years, their relationship was subject to cheating allegations, but Life and Style reports that Tyga’s money woes may have been the reason for the couple’s ultimate split. But, on an episode of Watch What Happens Live, Jenner’s sister Kim Kardashian talked about the break up, revealing:

You know, I feel like [there was] a lot of drama, and it doesn’t mean he’s a bad person at all. And what was great was that it was so easy, that split. There has not been any drama with her since.

According Who’s Dated Who, in the past, Jenner has been romantically linked to PartyNextDoor, Justin Bieber, Jaden Smith, Cody Simpson, Miles Richie and Ramsey IV. 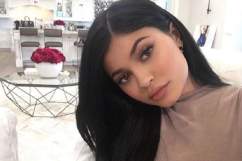