Scooter Braun, a well-known Hollywood manager, may be running for governor in the state of California, according to TMZ. Braun might seem like a surprising name to be thrown into the politics pool, but many Democrats want him to run.

The 36-year-old businessman, whose real first name is Scott, is married and is a father of two boys. According to The Richest, Braun has an estimated net worth of $23 million.

1. Braun Has Been Approached by Democrats in California Who Want Him to Run for Governor

Braun started throwing his own name in the politics ring when he did some fundraising for Hillary Clinton’s campaign back in 2016. According to TMZ, His dedication to the Clinton campaign coupled with the speech that he gave following the bombing at Ariana Grande’s concert in Manchester, have made him an ideal candidate to run for governor of California — at least, some Democrats in the state seem to think so.

TMZ points out that Braun has not mentioned running for the position, nor is his name officially in the mix — yet. However, he has been “approached” by several Democrats who hope that he will run for office. One source told TMZ that some of these Democrats feel as though the other options — Lt. Governor Gavin Newsom and former L.A. Mayor Antonio Villaraigosa — are “flawed.”

You can watch Braun’s speech at the benefit concert, One Love Manchester, below. 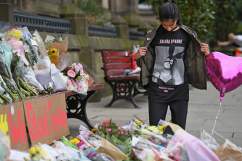 Braun has been in the management business for several years and has quite a few big-name clients under his belt.

His management company is called Scooter Braun Projects. A description of what the company is about is below.

“SB Projects is a diversified entertainment and media company with ventures integrating music, film, television, technology and philanthropy. Guided by the vision of founder Scott “Scooter” Braun (one of Time Magazine’s 100 Most Influential People In the World), SB Projects combines creativity, the ability to engage global audiences, and an understanding of “what’s next” to deliver innovative ideas as a leading architect of popular culture.”

In addition to managing, Braun also owns two record labels. School Boy Records and Raymond-Braun Media Group, which he founded with Usher back in 2008.

“Schoolboy Records is a fast-growing, full-service record label that combines the personalized artist attention of an independent label with the distribution and resources of a major label. Schoolboy has produced multiple top 40 hits from artists such as Carly Rae Jepsen and PSY. Artists include Carly Rae Jepsen, CL, Moxie Raia, PSY, Rixton, Sheppard and Tori Kelly.”

Yesterday was officially the best day of my life. #sybwedding ❤️

Braun popped the question to his girlfriend, Yael Cohen, around New Years 2014. Cohen is the founder, CEO, and CCF of the F*ck Cancer. She founded the organization after her mother was diagnosed with breast cancer. The couple tied the knot in Whistler, British Columbia, Canada, on Sunday, July 6, 2014.

The guest list included some of the biggest names in Hollywood, including Ed Sheeran, Justin Bieber, Sophia Bush, and Carly Rae Jepsen.

“They are head over heels and are so great together,” an source told Us Weekly. 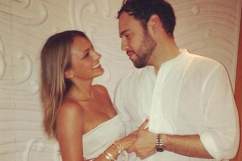 Braun and Cohen are happy parents of two boys. The couple welcomed their first son, Jagger, on February 6, 2015. They welcomed their second son, Levi, in November 2016.

“Earlier this month we lost my Ma. Then 4 hours later my brother and his wife had twins. Then last night my incredible @yael gave birth to our new son Levi Magnus Braun. Words can’t express the range of emotions…but one thing I know for sure…G-d (sic) is Great. Mommy, Jagger, and myself couldn’t be more in love with our new little guy. I have to believe that somewhere up above Ma is smiling. So damn thankful. #familyisforever . PS- thanks for all the kind wishes since @jackie couldn’t help herself and tweeted about Levi lol,” Braun captioned an Instagram photo, officially announcing the birth of the couple’s second son.

“Last night we finally got to meet our sweet Levi Magnus Braun. Now I have three loves of my life,” Yael posted as a caption to the same photo on her account.

He was accidentally called Scooter by a hired entertainer at a first birthday party and his brothers would tease him even though he wasn’t a fan.

“I hated it, and my brother found out that I hated it and kept calling me Scooter,” Braun told The Hollywood Reporter.

In high school, his brother Adam was cheering him on during a basketball game and called him Scooter from the stands — and the name stuck. Just about everyone calls Braun by his nickname these days. When asked who doesn’t call him Scooter, Braun replied, “My mom and family members.”

If he runs for governor, there’s a good chance that he will use his birth-given name, but who knows? 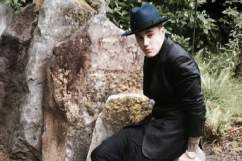