Real Housewives of New York star Tinsley Mortimer was married to ex-husband Topper Mortimer for seven years and was a member of high society. After her divorce, she dated and ended up in a publicly volatile relationship with ex-boyfriend Alexander “Nico” Fanjul, which resulted in her being arrested for trespassing. This past year, Mortimer moved from Florida back to Manhattan and was staying with RHONY cast-mate Sonja Morgan while getting back on her feet. Soon, she became friends with fellow cast member Carole Radziwill and went out on a double date with Radziwill and her boyfriend Adam Kenworthy.

The double date went very well and now Mortimer has a new boyfriend – Scott Kluth, aka the Coupon King. And now, People reports that Mortimer is working with her man as an employee of CouponCabin, a money-saving site he founded. Mortimer gushed about it to People, saying:

Scott is adorable. He’s a good caretaker, too. He looks out for me. I’m happy … I actually work for Scott’s company now. I’m an account manager there.

Unfortunately, Kluth’s home base is in Chicago, while Mortimer’s is in New York, so the couple is navigating a long-distance relationship together. Mortimer explained:

We do a lot of traveling these days. I have a meeting on Tuesday in New York and can’t go see him in Chicago until I get my meeting done! We haven’t seen each other in two weeks, which is the longest we’ve been apart since we met.

Mortimer and her new man have been dating since February 2017 and Mortimer says that:

It worked out. I’m not going to lie, I’m happy when I’m in a relationship. But it doesn’t mean I create something out of nothing.

Fortunately, their blind date was a success and when the date episode of the two of them aired on TV, Mortimer couldn’t help but go on about her new man in her Bravo blog. She wrote:

He’s so cute! … Does anyone out there believe in love at first sight?! I certainly didn’t until locking eyes with cute Scott from Chicago. His shy demeanor, his smile, and his quiet confidence intrigued me immediately. Wow! We’re almost soul mates. Between the Tito’s and Leo’s and loving lounging by a pool instead of a beach, this guy is right up my alley … not to mention he is also a modest self-made man who claims to be a computer nerd … just what I was looking for …

After Mortimer and Kluth have their little rendezvous, Mortimer goes on a trip with her cast-mates and gets a bouquet of flowers sent to her from Kluth. He seems like a breath of fresh air for the RHONY star. 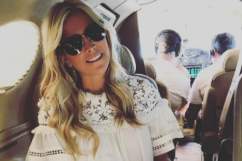 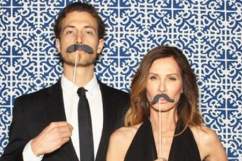