Taylor Swift has returned to social media after a brief hiatus and she has been posting some very odd videos on Twitter and Instagram over the past couple of days. Swift’s account is completely barren save for these videos — and her 85.4 million followers.

Hours later, Swift filled everyone in on a few things. She will be releasing her new album, “Reputation,” on November 10.

Her first single will be released on Thursday.

Here is what you need to know about Swift and snakes:

Swift is no stranger to being called a snake and has a bit of snake history, if you will. According to CNN, there have been numerous times that Swift has been called a snake. In fact, back in 2016, the snake emoji became synonymous with Swift’s name for a while as tons of people tweeted her using it after she did something sneaky.

It was just after she split with longtime beau Calvin Harris (and moved swiftly on with actor Tom Hiddleston). Harris and Rihanna released the song of the summer, “This Is What You Came For.” Turns out, Swift actually wrote the song under a pseudonym.

Harris responded to the chatter and was pretty unhappy with the way things went down.

“I wrote the music, produced the song, arranged it and cut the vocals though. And initially she wanted it kept secret, hence the pseudonym. Hurtful to me at this point that her and her team would go so far out of their way to try and make ME look bad at this stage,” Harris wrote in a series of now-deleted tweets.

Back in 2016, after Kanye West released the song “Famous” in which he references Swift, the country-turned-pop singer wasn’t too happy about the lyrics he wrote using her name.

“I think that me and Taylor might still have sex / I made that b*tch famous.”

Swift’s rep was quick to deny claims that West ran the lyrics by the “Shake It Off” singer before recording the song.

“Kanye did not call for approval, but to ask Taylor to release his single ‘Famous’ on her Twitter account. She declined and cautioned him about releasing a song with such a strong misogynistic message. Taylor was never made aware of the actual lyric, ‘I made that b*tch famous,'” Swift’s rep said in a statement to E! News.

West’s wife, Kim Kardashian, caught wind of the drama and quickly posted some audio from a conversation that West had with Swift in which Swift said that she was totally cool with West’s lyrics.

You can check out the video below.

To this day, however, there isn’t any audio of West actually telling Swift the exact lyrics that he wanted to use (involving the word b*tch) and there is still turmoil there. Even still, Swift was called a snake for “lying” about the conversation she had with West. And the emojis filled Twitter once more.

And then there was this.

3. Snakes Signify Change Because They Shed Their Skin

Fans have caught on to the fact that snakes change their skin and have been wondering if the significance of the snake means that Swift is planning a major reinvention.

There has been quite a bit of speculation about these snake videos and what they signify.

Is Swift trying to call out her haters? Is she referencing all of those times that she has been called a snake — and will her new single mention these instances? Nothing has been confirmed as of yet, but fans think that these snake videos have a much deeper meaning that transcends Swift being strange.

The fact that Swift still doesn’t have a profile photo on Twitter may support the theory that she’s changing things up either with her look or with her sound — or both. Fans have been glued to her account waiting for the next clue or hint — and eventually it’s going to be a new photo.

Here are the three videos that were posted so far this week.

Put together, the three snake videos actually connect. Check out the screenshot below.

4. Fans Are Convinced That Swift Is Going to Drop a New Album

Fans were quick to learn that there was a new website dedicated to the word “Timeless.” Could this be the name of Swift’s new single? According to Genius, that’s precisely what is it. However, some fans are convinced that “Timeless” is the name of an album, as it might be better suited as such.

Swift has not confirmed the title of her new single, but has confirmed that she will release it on Thursday night.

5. Is Swift ‘Embracing’ the Snake?

Buzzfeed has highlighted the Swift Snakes in a new article questioning whether or not Swift plans to “reclaim” or “embrace” the slithering reptiles.

“Is the snake a symbol of her or her mistakes? Will she turn the snake on haters/media/men that she says don’t understand her? Is it a sign she’s addressing the snake in the room and may put one of her biggest feuds behind her during the VMAs?”

Given the fact that Swift’s new album is called Reputation, it seems clear that she’s going to be addressing some of her snake-like history in her music.

And the 2017 VMAs are definitely worth a mention here. There is a history of snakes at the popular MTV Award show (Britney Spears ring a bell?), and while Swift isn’t slated to attend — or perform — fans think that the timing is just right for Swift to do something huge on Sunday night. Perhaps with a snake even. 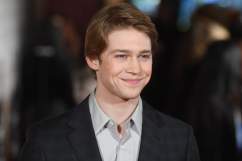