Milo Ventimiglia and Mandy Moore in This Is Us. (Photo by: Ron Batzdorff/NBC)

When This Is Us was released, fans gushed over the dreamy Milo Ventimiglia, who had already stolen hearts playing Jess on Gilmore Girls.

On This Is Us, Milo plays Jack Pearson, the husband of Many Moore’s character, Rebecca. His role has appealed to fans everywhere, and has led viewers to wonder: is the actor single? In a relationship? 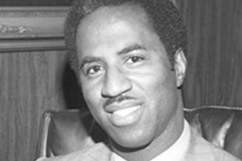 Earlier this year, rumors surfaced that Ventimiglia was dating a non-celebrity– 31-year-old New Jersey native Kelly Egarian. The news was first reported by In Touch Weekly in March, but not much has been released since.

In March, a source told In Touch, “He is very protective of her and their relationship… He’s wanted to be private about it because she’s not a celebrity. But this isn’t her first celebrity relationship — she also dated [’NSYNC alum] J.C. Chasez.” The source added on, “They look happy and very much in love!” Milo has yet to comment on whether or not the rumors are true.

Ok who's is fake? Spend a lotta morning with this talented gal, #EmmyNominated @MakeupZoe. MV pic.twitter.com/HwWPashuG8

In an interview last year with E!, the star said that he thinks it’s a bad idea to date co-stars, despite the fact that he thinks Mandy Moore is “one of the kindest, most amazing performers and women I’ve met in my life.”

Milo hasn’t always followed his own advice, though. From 2002 to 2006, he dated Gilmore Girls co-star Alexis Bledel, and from 2008 to 2009, he dated Heroes Hayden Panettiere.

Earlier this week, Milo opened up to People about dating in the public eye, saying he’d never do it again and that he believes he owes it to his fans to keep his romantic life under wraps. “… for me, I never want to ruin that experience so I try and keep my private life private and let the characters and the work be the experience for an audience.”

The star also briefly discussed fatherhood with People, saying, “I’m sure I’ll be a father when I’m meant to be a father. If I never have kids, then I was never meant to have kids as well. I think there’s a societal norm where you get married, you have a family, you raise a family, you pass on yourself to that family. Then you pass on.”

When cans fans expect to fall in love with Milo’s character, Jack Pearson, once again? The new season of This Is Us premieres September 26 on NBC.