In 1994, Delores Jackson died at her boyfriend, Don Bohana’s, home in Los Angeles. Initially, authorities suspected the death was a drowning accident. Knowing their mother couldn’t swim and was terrified of the water, the Jacksons’ filed a wrongful death lawsuit against Bohana. In 1998, he was convicted of second-degree murder in the death of Dee Dee Jackson.

Read on to learn more about Don Bohana.

1. He Was Convicted of Second-Degree Murder in Dee Dee Jackson’s Death

In 1998, Bohana was convicted of second-degree murder in the drowning of Dee Dee Jackson. He was sentenced to 14 years to life, and has since spent the past 19 years in a California state prison.

Bohana pleaded not-guilty to Jackson’s murder, and was held on $1 million bail.

2. Prosecutors Argued That Dee Dee Had Been Beaten and Choked

Bohana claimed that on that fateful night, he and Dee Dee were drinking and swimming in his pool when he noticed she’d stopped moving in the deep end. He told authorities he was able to get her out of the pool and tried to administer CPR. According to the LA Times, Dee Dee was propped against a tree when authorities showed up to the house.

In trial, prosecutors argued that Dee Dee had been beaten and choked. Jackson’s family– namely, her ex-husband, Tito, and their three sons, Taryll, Taj, and TJ Jackson– never believed the death was accidental. They maintained that Delores could not swim, and was terrified of the water. Speaking about Bohana to the LA Times while the trial was still going on, ex-Jackson 5 member Jermaine Jackson said, “We feel very strongly that [Bohana] did it. We’re doing all we can to see justice is done.”

In his interview with ABC that will air tonight, Tito Jackson discusses his reaction to hearing that his ex-wife drowned in a pool, saying, “My first question was, ‘Drown?’ What was she doing in the water?… You know,’cause Dee Dee and I, neither of us swam.” His son, Taj, adds on, “That didn’t line up with anything that we believed in knowing our mom and knowing how much she feared the pool.

3. He and Jackson Had Been Dating for About Three Months When She Died

Soul pop group the Jackson Five, comprising of the Jackson brothers (left to right) Jermaine, Tito, Jackie, Michael, Marlon and at the back, Randy.

She dated Bohana for about three months before she died in August 1994. At the time, she was 39 and Bohana was 59. Speaking of Dee Dee to the LA Times shortly after her death, Tito Jackson said, “She was just a well-caring mother, and these kids were actually robbed of something that nothing can bring back.”

4. He Has Been Denied Parole Four Times

Since his conviction, Bohana has been denied parole four times– each time, Dee Dee’s family has objected to his request for release.

According to ABC, the Jacksons believe that Bohana wanted Dee Dee to help with his financial difficulties and “theorize that when she refused, he killed her in a fit of rage.”

5. Bohana and His Family Hope to Prove He Was Wrongfully Convicted

19yrs after his conviction of killing Dee Dee Jackson, Don Bohana speaks to #ABC2020 about why he says he's innocent https://t.co/fYeGyhDHsY pic.twitter.com/zUuGMZlneu

Tonight, in his interview with correspondent Jim Avila, Bohana will maintain his innocence, and attempt to prove that he was wrongfully convicted.

Tonight’s segment also includes interviews with Bohana’s daughter, Donna. The piece will also look into why the coroner changed Dee Dee’s cause of death from “undetermined” to a homicide after two years. 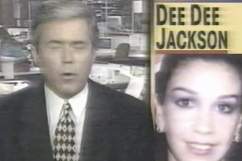