Instagram Beau Cassidy is the only son of David Cassidy.

David Cassidy, best known for his role as Keith Partridge in the 1970s musical-sitcom The Partridge Family, will be remembered as one of the most adored actors of his generation.

As of Monday, Cassidy, who has been battling dementia since 2015, was in critical condition with organ failure at a Fort Lauderdale hospital. His publicist, Jo-Ann Geffen, told CNN, “He is conscious and surrounded by family and friends, nothing is imminent and we are taking it day by day.” On Tuesday evening, ABC reported his death. The legendary singer-actor was 67.

Married three times, Cassidy is survived by his two children: Beau Cassidy and actress Katie Cassidy. Katie has held roles on Supernatural, Gossip Girl, Arrow, and Legends of Tomorrow, among others.

On Sunday, Beau took to his father’s Facebook page to post a health update that read, “Unfortunately David is very sick. However he is getting the support he needs, surrounded by the people he loves most. Thank you very much for your love and concern that you have expressed in your messages to him. Beau Cassidy.”

Friends, family, and fans have all responded with heartfelt messages. One woman wrote, “Praying for your dad! I would give him a piece of my liver. Serious. He made me such a happy preteen!!” Another fan commented, “A fan back in 1972, lots of memories from my secondary school years, my classmates were either fans of David, Donny or Michael. Looked forward to watching ‘The Partridge Family’ after school and remember asking for the ‘Cherish’ LP for Christmas, my very first album.”

Here’s what you should know about Beau Cassidy.

1. David Cassidy Said Beau Is “One of the Best People You’ll Ever Meet”

In a February interview with People, Cassidy opened up about his relationship with his children. Praising his son Beau, he said, “He’s just one of the best people you’ll ever meet in your life and it’s that that I’m proud of.”

“He just turned 26,” the proud father continued. “He’s such a beautiful person.”

Cassidy admitted he didn’t have a relationship with his daughter Katie. “I wasn’t her father,” he explained. “I was her biological father but I didn’t raise her. She has a completely different life.”

My uncle David Cassidy has sadly passed away tonight… & in the process of mourning I can't help but thank God for the joy that he brought to countless millions of people! I don't think I'm alone in saying that we will all miss him. God Speed!

Earlier this year, Cassidy appeared on Dr. Phil, where he opened up about his battle with dementia. “When friends of yours or family members begin to tell you and say to you—’Remember? I just told you this two days ago?’—and there’s no memory of it, that’s when I began to be very concerned,” he told McGraw.

Cassidy’s mother was lost to the same disease, and at one point during the segment, Cassidy turned to Beau and said, “I want you to promise me you’ll find a way to let me go. Don’t let me live like that.”

Thanks for always pushing me to be unique mama

Shifrin, an executive National VP for Arbonne, Health & Wellness Brand, has been involved in many business ventures over the course of her life, including The Lifeboard, a program whose goal is to help people realize their dreams.

3. Beau Is a Singer-Songwriter

Beau is a singer-songwriter. His Facebook page reads, “Beau Cassidy is proof positive that genetics is a major factor in generational talent. He gets his talent from a long lineage of unbelievably talented and successful musicians, performers, songwriters and actors. His father is David Cassidy, the #1 Pop Icon of the 70’s (The Partridge Family); his uncle is Shaun Cassidy, Teen Star of the 70’s(and TV star of “The Hardy Boys”); His grandfather, Jack Cassidy was a world renowned Actor and performer; his step grandmother, Shirley Jones is a singer/actress; and his mother, Sue Shifrin Cassidy, is a former songwriter and recording artist. In addition, his sister is Katy Cassidy, actress and star of the new TV series, Arrow.” He describes his music as being edgier than his father and uncle’s.

He is currently working on co-writing and performing music with Mark Spiro. On Beau’s webpage, Spiro is quoted as saying, “Beau my Beau… One of the most wonderful talents I’ve work with years. Strong and direct, yet emotionally connected. A sensitive boy on the warpath of dreams…..a young hurricane.”

Terry Britten is another legendary songwriter and producer who has worked with Beau. Britten, who received a Grammy award for ‘Song of the Year’ for Tina Turner’s “What’s Love Got To Do With It”, says of Beau, “I don’t think I’ve worked with a young man with more passion about his music than Beau Cassidy. In the studio his vocal technique is outstanding an obvious natural. His desire to go the extra mile and deliver his best is exceptional, a true professional!”

Beau’s IMDB page reads, “Growing up, it was immediately clear that Beau had caught the performance bug himself. Born in Los Angeles and raised in Fort Lauderdale, FL, he attended high school at the University School of NSU, starring in both musicals and plays including “The Wedding Singer”, “The Music Man”, “Copacabana”, and “Pride and Prejudice”. At the young age of 16, he was cast as Mickey Johnston in Stagedoor Manor’s summer production of Blood Brothers, starring as the same role his father did on Broadway 15 years before.”

Outside of stage work, Beau has held a number of jobs in the entertainment industry. According to his LinkedIn page, he worked as a PR Assistant at The Weinstein Company from March 2014 to June 2014. He is also listed as a Production Manager for A Way Around Films since January 2013.

In 2014, Beau auditioned for The Voice. Unfortunately, none of the judges turned around. Adam Levine told Beau, “Clearly there were some major, major, major nerves. And you just gotta keep trying and refining your craft and what you do.”

Beau pleasantly smiled and thanked Levine for his advice.

As a musician, Beau cites his influences as Robin Thicke, Coldplay, The Cab, Stevie Wonder, and Elvis Presley. 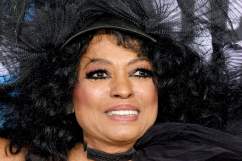