Della Reese, who had a long career in the entertainment industry, died at the age of 86 on November 20. A statement from her family said that she died “peacefully” inside of her home in the Los Angeles area.

Reese, whose birth name was Delloreese Patricia Early, is best known for portraying an angel named “Tess” in the TV drama “Touched by an Angel.” Prior to the role, she worked as a successful gospel-influenced singer. She also co-starred in the shows “Chico and the Man” and “The Royal Family.”

“Through her life and work she touched and inspired the lives of millions of people,” Reese’s co-star Roma Downey wrote in a statement. “She was a mother to me and I had the privilege of working with her side by side for so many years on ‘Touched By An Angel. I know heaven has a brand new angel this day.”

Reese was ordained by the Universal Foundation for Better Living, based in Chicago and often sang at churches in her hometown of Detroit. She was also the officiant and many weddings.

Reese had been married to three men throughout her lifetime and is survived by her current husband of over 30 years, Franklin Lett, Jr. He was an executive in the entertainment industry and worked as Reese’s manager in her later years.

Reese’s first marriage was back in 1952, when she wed a factory worker who was 19-years older than her. His name was Vermont Adolphus Bon Taliaferro, and she adopted the stage name “Pat Ferro” for about one week until she introduced her current name. Their marriage didn’t last, however, and Reese got married to her second husband in 1959. He was an accountant named Leroy Basil Gray, and he had two children from a previous marriage. But their relationship ended in divorce, and Reese entered a romantic relationship with her manager, Mercer Ellington. They were married briefly in 1961, but it was annulled because of his previous divorce being ruled invalid.

Reese had two children of her own: Deloreese Daniels and Dr. James Barger.

2. Lett & Reese Grew up Near Each other but didn’t meet until they were older

It wasn’t until January 12, 1983 when she married Lett, who was a concert producer and writer at the time. He started as her business consultant in 1979.

“When I first met her, I immediately found her earthy,” Lett told JET Magazine after their marriage. He said that they were both raised just a few blocks away from each other in Detroit, but never met each other until much later in their lives.

“I also lived on the North Side of Chicago near the place where she always performed, but we didn’t meet until much later,” he told the magazine.

The JET Magazine article mentioned their marriage. It said that Reese “blushed, cried and beamed with joy” as the two exchanged vows on the alter. Their ceremony was held at Crystal Cathedral in Garden Grove, a suburb of Los Angeles.

Many of the guests at the ceremony were shuttled from the ceremony location to their home in Bel-Air to celebrate.

“I’m so happy,” the magazine reported Reese said as they left the ceremony.

Reese’s children were also at the ceremony alongside a few notable celebrities. Their honeymoon involved trips to Monaco, Greece and North Africa, the couple told JET.

3. Lett Worked on Several of the TV Movies Reese Has Appeared In

According to Lett’s IMDb page, he was born on November 20, 1936 and was a producer and executive on a few movies. He’s best known for being an executive producer in the 1999 TV movie “Anya’s Bell“, which Reese starred in as Anya Herpick. Later that year, he also worked on The Secret Path — another TV movie starring Reese — and in 2000 worked on “The Moving of Sophia Myles.”

Lett worked as Reese’s manager in the later years of her life. 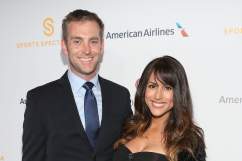 During an interview with Lifestyle Magazine in 2011, Reese spoke about her relationship with her husband, saying he always has a positive attitude.

“He wakes up in the morning singing, that’s so wonderful,” she said during the interview. “He’s so kind and gentle and loving and then he’s very into things. He’s so interested in everything. I’m not necessarily interested in anything that doesn’t have something to do with what I’m trying to do. But he’s interested: ‘Why’s that there? How long is that? What’s down that street? Let’s go see.’ And it’s made an entirely different plateau for my life.”

Actress Della Reese and her husband Franklin Lett attend Oprah Winfrey’s Legends Ball at the Bacara Resort and Spa on May 14, 2005 in Santa Barbara, California.

A 2014 Los Angeles Times article said that Reese and Lett sold their longtime home in Bel-Air for $7.5 million.

Located near the Sierra Nevada Mountains, the home featured stunning views of the Stone Canyon Reservoir and was situated by dozens of pine trees which stand over 100-feet tall. While the couple owned the sprawling home, they remodeled and expanded it to be 9,000-square feet. It’s a two-story home with four bedrooms and six bathrooms and has a room dedicated to playing billiards, a library, an office and an indoor swimming pool, The Times reported.

Reese and Lett sold the home to an investment firm which at the time planned to rebuild. 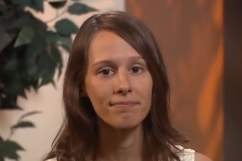