Emily Bustamante, more commonly known as Emily B, claims that she got into a domestic dispute with her longtime boyfriend, Fabolous (whose real name is John Jackson), on March 7, and that things turned physical.

According to court documents obtained by NorthJersey.com, Emily B had her two front teeth knocked out after Fabolous allegedly punched her in the face seven times.

You may recognize Emily B, 37, from her role on Love & Hip Hop. She has been dating Fabolous for more than 10 years and is the mother of his two children.

1. Fabolous Was Arrested in a Domestic Dispute & Charged With Making a Terroristic Threat, But Has Since Been Released

According to court documents, Emily B claims that a domestic dispute with Fabolous back on March 7 turned physical. The docs indicate that Fabolous “became enraged” after he found out that Emily was in Los Angeles, when she was apparently supposed to be somewhere else. The two ended up getting into an argument, and Emily claims that her beau punched her in the face seven times, knocking out her two front teeth. She also said that he threatened to kill her via text message.

Fearing for her life, Emily asked her father to retrieve two handguns from Fabolous’ home in Englewood, New Jersey. Upon retrieving the guns and exiting the home, Emily B’s dad was confronted by Fabolous and a screaming match ensued. During that verbal argument, Fabolous threatened to kill Emily’s father. You can watch a video of the argument here.

On Wednesday, March 28, Fabolous turned himself into police. He has since been released from police custody.

2. She & Fabolous Have Been Together for Years, But Aren’t Married

Flex in the City ❤️?? [shot by @justgerard] Shearling by @lscollection__ Fur by @furs_marc_kaufman_nyc #ValentinesDay

Emily B and Fabolous have been together for more than 10 years.

They met back in 2002 at an event. Fabolous apparently spotted her across the room and sent his brother over to break the ice.

“He asked where I was from, and said that I should visit him next time I’m in New York. I gave him my number and watched him store it in his sidekick as ‘Emily VA.’ I felt like, Wow, he’s only going to know me for my state. I never asked for his number, I felt if it was meant to be, he would call me. We stayed in touch on the phone and when he finally came back to VA to do a show, he called and invited me. We spoke everyday from then on and saw each other often,” she told Vibe in 2010.

The two never married and aren’t even engaged, despite being together for so long (and having two children together, which you can read about in Fact #3). Fabolous’ unwillingness to tie the knot has been brought up several times in the past.

“I don’t think marriage is in the future for me right now. [laughs] I just really don’t. And the thing about marriage is that, I believe in it but don’t believe in it. I think sometimes people put on that ring and that paper, and it messes up a good thing sometimes because now it’s a different emphasis on your relationship because now you can say I’m married, I got this paper — I like to just build on relationships and make sure you’re in a happy relationship,” Fabolous told Combat Jack Radio back in 2012.

You can watch Fabolous’ interview in the video below.

According to Bossip, Fabolous and Emily B broke up in October 2017. However, the two ended up reconciling and were back together a couple of months later. Although they’ve had quite a few up and downs, they seem to always find their way back to one another.

Emily B has three children. On October 14, 1997, she welcomed her first child, a daughter named Taina, with a guy that she was dating at the time. On Taina’s 18th birthday, Emily B posted a heart-warming message to her on Facebook.

“Wow… I can’t believe today you turned 18! You have grown up to be absolutely stunning! These years together went by so fast! It’s like I looked up and you were driving and in your senior year of high school lol. Thank you for being such a good girl growing up. You never snuck out the house or stole my car to hang out like I did to my parents lol. You never lied to me! Ever! You are honest, humble, loyal, talented, loving, smart, a leader, you are beautiful! You deserve the world! You will always be my baby. You are my first love. My motivation.. My princess.. My best friend! I love you so much. I thank God for you everyday,” the message read.

Emily B started dating Fabolous in 2002 and the two welcomed their first child together, a son they named Johan, on February 16, 2008. Johan became a big brother on June 2, 2015, when Emily gave birth to her third child, Jonas.

Love and hip hop's Emily b showed off her shoe collection in Pynk Magazine, I wanted a few myself @EmilyB pic.twitter.com/mKxpHTAI

Emily B joined the cast of Love & Hip Hop back in 2011. Her friend, Misa Taylor, who was once on the show, told her about the opportunity.

“Misa Hilton had reached out to me. She was originally a part of the cast, and she told me about the show. She knew Mona [Scott-Young] and told me that I should take a meeting with them to see what it was about. You know, I look up to Misa. She’s been a stylist in the game for many years and we’re kind of in the same position… It turned that she had got another offer and she decided not to do the show, but I had already signed on. I had met Mona, and I trusted it. And that’s how I came on. I didn’t know coming in that so much would be about Fab. I really thought it would be more about lifestyle and my career and living in the city,” Emily B told Vibe back in 2011.

Emily B was only on the show for one season.

Love & Hip Hop is a reality show that follows the lives of various women (including Remy Ma and Cardi B) who are in some way affiliated with the world of hip hop and are trying to navigate life in the Big Apple.

5. She Works as a Celebrity Fashion Stylist & Has More Than 2 Million Followers on Instagram

Emily B works as a celebrity fashion stylist.

“It’s what I love to do, and I’ve been doing it since I was 19 years old. I went to vocational high school in Norfolk for fashion design and I’ve been taking sewing since I was in 9th grade. My real passion is to make clothes,” she told Vibe back in 2011. At the time, she was working on her very own clothing line. In 2013, she launched her own shoe line.

You can watch Emily B talk about how she became a stylist in the video below.

Although her account is currently private, Emily B has quite a following. Over the years, she has amassed more than 2 million followers on Instagram. 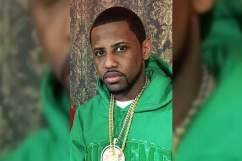