Margot Kidder, known as the original Lois Lane, has passed away at the age of 69. Although she was married three times and also had numerous romantic relationships — including dating Justin Trudeau’s dad, Pierre Trudeau — she only had one child, a daughter. Maggie McGuane has two children of her own and she’s a passionate activist, seeking to make the world a better place. McGuane has just shared that her mother committed suicide, and she wants to be open and honest with others about what happened. (You can read more about what McGuane had to say about her mom’s suicide in Heavy’s story here.)

Here’s everything you need to know about Maggie McGuane.

Margot Kidder had only one child — Maggie McGuane — with her first husband, novelist Thomas McGuane. Maggie was born on October 28, 1976.

When Margot Kidder had her public breakdown from bipolar disorder in 1996, she wrongly thought that Thomas McGuane had hired several men to kill her, The Washington Post reported at the time.  Untreated manic states can result in delusions sometimes, and she was experiencing those when she disappeared for three days. Thomas said those accusations were hurtful, as he had barely seen her over 20 years. “My biggest concern,” he said at the time, “is that this is extremely painful for Maggie.”

2. Maggie Has Worked as a Photographer, a Writer, Occasionally Modeled, & She’s an Activist

You can't stop me. My activism was born in the floodwaters of Katrina. I AM PART HURRICANE. pic.twitter.com/LyZCBPH2p6

When Maggie and Walter Kirn were married in 1995, the New York Times reported that Maggie was a photographer who occasionally modeled. But when Maggie got remarried in 2013, her wedding photographer noted that she was a writer.

Guess I'm not done yet, but at least I've showered pic.twitter.com/p2XBXmHabE

Maggie also is an activist for many causes. She has worked for an animal shelter and she helped victims of Hurricane Katrina. She still helps lost animals and other causes that she’s passionate about.

When I was a little girl my mother told me God was short for all the goodness in the world. I'm pretty sure I saw God this last week. Thank You Texas.

Maggie McGuane and Walter Kirn were married in 1995 in Melville, Montana, the New York Times reported. The tiny town caused a problem for some guests because they couldn’t fly directly there. Maggie noted: “Many guests are coming from places where there are no mountains and they will probably have to drive farther than they have ever driven to get from the nearest airport, in Bozeman, to the church, about 80 miles away.”

Maggie was 19 and Walter was 32 when they were married. They wanted their wedding to be more old-fashioned, so they were married in a white-steeple Lutheran church with six bridesmaids and groomsmen. The couple lived in Livingston while they were married, and Margot Kidder moved there to be closer to her daughter.

Walter Kirn is a well-known novelist. He wrote Up in the Air, which was later made into a movie starring George Clooney. In 2014, he spoke with The Telegraph about how he had been friends for 10 years with a man he thought was part of the Rockefeller family, but actually turned out to be a murderer from Bavaria. The man, Christian Gerhartsreiter, initially connected with Walter while Maggie was working at an animal shelter. Walter drove the animal he wanted to adopt to New York to meet Christian, thinking he was a Rockefeller, and their friendship grew from there before the truth of Christian’s identity was finally revealed.

Maggie and Walter Kirn have two children: Charlie Kirn and Mazie Kirn. Maggie’s children also get along great with her new husband, Chad, according to a StyleMePretty blog about her wedding. Her son Charlie was the best man at her wedding and her daughter Maisie was the maid of honor. Her brother was the officiate.

5. Maggie & Chad Franscoviak, a Music Producer, Were Married in 2013 and John Mayer DJ’d the Reception

Maggie McGuane and Chad Franscoviak were married in 2013. In fact, you can see photos of their wedding here. They were married in Paradise Valley in Livingston, Montana, just after Thanksgiving. Katy Perry and John Mayer played at their wedding, along with a Johnny Cash Tribute band named Cold Hard Cash. John Mayer DJ’d the wedding after all the live performances. Chad is a sound engineer and a music producer.

Chad and Maggie met during a July 4 celebration in Livingston  and fell madly in love fast. They decided to get married just a month before their ceremony. 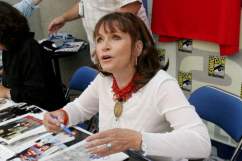 Margot Kidder Cause of Death: Actress Died of Suicide