If you’re watching Season 2 of Riverdale and can’t catch the finale on The CW tonight in the U.S., then you might be wondering how long you’ll have to wait before you can see it on Netflix. And the answer varies depending on whether you’re watching in another country or in the United States. Here’s when you can watch the Season 2 finale on Netflix (and when you can see the rest of Season 2 of Riverdale on Netflix, for that matter.)

In the United States, Riverdale will release on Netflix within eight days of tonight’s finale airs, which means the entire season will be available no later than May 24. This means that by May 24, you’ll be able to watch the finale on Netflix if you’re in the U.S. (You can watch it on The CW online or The CW’s app much sooner than that, however. And if you’re willing to pay, Amazon and iTunes are also quicker options.)

In 2016, Netflix and The CW reached an agreement that in the United States, Netflix could stream full seasons for all of the CW’s shows starting eight days after each show’s finale. For example, The 100 Season 4 aired its finale on The CW on May 24, 2017, and Season 4 was released on Netflix on June 1, 2017. Similarly, The Flash Season 3 released on Netflix on May 31, and the final episode for the season premiered on The CW on May 23.

Outside of the U.S., you’ll get to see the Season 2 finale on Netflix a little sooner.

For more details on  how to live stream the finale of Riverdale, see Heavy’s story here. 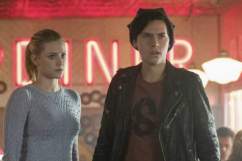