Colton Underwood reportedly reveals a secret during his solo date on tonight’s episode of The Bachelorette, but his secret made headlines before this season even started. Underwood is a virgin, according to Pop Sugar, so this sounds like it could be the secret Underwood tells Kufrin tonight. At some point this season, a promo video has shown Underwood telling Kufrin, “I’m not waiting for marriage. I’m waiting for the right person.” Meanwhile, Life & Style Magazine has also reported that Underwood tells the cameras that, “I’m nervous as f–k because I’ve been hiding something from her. I was ashamed and made up lies because I still am … I am a virgin.”

When it comes to the official ABC description of Underwood’s solo date tonight, ABC writes, “The first one-on-one date goes to Colton and the pair zoom around the beautiful blue waters in a catamaran and dive for conch shells. Their chemistry is off the charts! Later at an intimate dinner, Colton finally feels comfortable enough to share a secret that he has been worried will scare her off. Will this revelation derail their relationship or bring them closer?” In a promo clip from tonight’s show, Underwood can be seen saying, “I haven’t been this excited for a relationship in a long time and I think that Becca and I are at a point where I need to share something with her.”

This isn’t the only secret that Underwood has had to spring on Bachelorette star Kufrin. Previously, he revealed that he had dated a friend of hers and former Bachelor contestant, Tia Booth. Prior to the season airing, blogger Reality Steve reported that, “Colton and Tia had a history before Colton came on this show. They weren’t DM’ing, or flirting, or casually talking – he’d flown her to CA and I’m guessing it wasn’t for tea and crumpets … Then once it’s out on that date, just the fact that he was seeing your friend all while applying for this show, doesn’t that tell you all you need to know about this guy? Clearly Becca likes Colton.” On the show, Underwood came face to face with Booth, who also told Kufrin there was nothing to worry about when it came to her relationship, or lack thereof, with Underwood.

Because of her attraction to Underwood, Kufrin chose to overlook the situation and push forward with him. As for Reality Steve’s opinion of Underwood, he said that, “He’s clearly on this show to build his brand and his ulterior motives while he was seeing Tia and applying for the show at the same time. That’s not an opinion, it’s fact.” Before we get into Underwood’s fate on the show, this is your MAJOR SPOILER WARNING. If you do not want to know how far Underwood makes it this season, STOP READING NOW.

Well, Underwood does make it to the hometown dates, but Reality Steve has reported he is not the winner this season. In fact, Underwood and Tia Booth are both reportedly filming the upcoming season of Bachelor in Paradise, which premieres in August 2018. 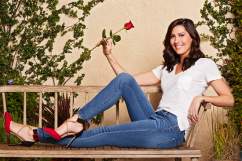