Guardians of the Galaxy director James Gunn came under fire on Friday morning, when several deleted tweets of his resurfaced that showed him making jokes about pedophelia. The tweets range between 2009 and 2011, and see the director say things like: “I’m doing a big Hollywood film adaptation of The Giving Tree with a happy ending – the tree grows back and gives the kid a b***job.”

Other deleted tweets see Gunn poke fun at the overly-masculine attitude of films like The Expendables, and the womanizer persona of Oscar winner Jared Leto. “The Expendables was so manly I f**ked the s**t out of the little p**sy boy next to me!,” he wrote. “The boys ARE back in town!”

Gunn commented on a tweet made by actor Dylan Sprouse, which read: “Yo @jaredleto now that you’ve slid into the DM’s of every female model aged 18-25, what would you say your success rate is?” Gunn’s response: “He starts at 18 on the internet?” Check out screenshots of the original tweets above.

Gunn, 51, also tweeted about sexual assault towards women. “The best thing about being raped is when you’re done being raped and it’s like ‘whew this feels great, not being raped!'”, he tweeted out in February 2009. Later that year, Gunn discussed sexual assault in relation to Disneyland, where actors are known to dress up as famous cartoon characters. “Wondering which Disneyland character would be the worst to get raped by,” he wrote. “I think it’s Goofy. But Sleepy would suck too.”

Who’s favourite movie director is this? Come get this piece of shit outta here pic.twitter.com/aCN7Bi3lvu

In an isolated tweet from 2009, Gunn tweeted @peteralton and wrote: “I like it when little boys touch me in my silly place. Shhh!” Many Twitter users and fans of the director’s work have reacted negatively to these tweets. “Listen, GOTG Vol. 2 helped me get through one of the hardest times in my life last year, when I was depressed, suicidal, and could hardly get out of bed in the morning,” wrote one user. “But even I will not defend what James Gunn said. It’s not okay on any level.”

Other users were more blunt in their disdain for Gunn’s remarks, and felt that Marvel Studios, as well as Disney, who owns Marvel, should hold him accountable. “So is everyone gonna boycott future Guardians movies because James Gunn making gross pedophilr [sic]/rape jokes things on Twitter?,” asked one fan. “And then boycott those actors who continue to act in movies with him? And all of Marvel for continuing to hire him?” It was late announced that Gunn would not helm the third installment in his Guardians franchise.

Then there were those who felt the director should be given the benefit of the doubt, given that the tweets are nearly a decade old. “Guys, James Gunn used to make bad, offensive jokes almost a decade ago,” they wrote, “but has clearly changed as a person since.” Check out additional Twitter reactions below.

Well… I hope James Gunn has learned the error of his ways because his comments were downright despicable and so immature that I canmot believe a man of his age would write them and think that it was anything close to funny.

Kevin Feige when he logs on to twitter tonight and sees that James Gunn is trending pic.twitter.com/siEn17T4SC

This James Gunn shit is really bad. I honestly wouldn't be shocked if they pull him from GOTG V3 tbh. Like, he's gonna get hella backlash for saying shit about children like that

I guess I can't really ignore the problem at hand, on Twitter, right now: James Gunn. All I honestly really have to say is that I'm just supremely disappointed.

Oof. People on the Right dug into James Gunn's tweets from 9 years ago. They aren't good, and I get he was joking, but what a weird sense of humor ? pic.twitter.com/rYZKjhjmCb

After the deleted tweets went viral, Gunn got on Twitter to explain why he made the jokes in the first place. “Many people who have followed my career know when I started, I viewed myself as a provocateur, making movies and telling jokes that were outrageous and taboo,” he wrote.

“As I have discussed publicly many times, as I’ve developed as a person, so has my work and my humor. It’s not to say I’m better, but I am very, very different than I was a few years ago; today I try to root my work in love and connection and less in anger,” he continued. “My days saying something just because it’s shocking and trying to get a reaction are over.”

1. Many people who have followed my career know when I started, I viewed myself as a provocateur, making movies and telling jokes that were outrageous and taboo. As I have discussed publicly many times, as I’ve developed as a person, so has my work and my humor.

Gunn went on to apologize the offensive nature of these tweets, and stated that he has never engaged in any such behavior in his own life.

“In the past, I have apologized for humor of mine that hurt people. I truly felt sorry and meant every word of my apologies,” he wrote. “For the record, when I made these shocking jokes, I wasn’t living them out. I know this is a weird statement to make, and seems obvious, but, still, here I am, saying it.” 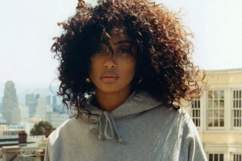