It was widely believed that Lil Wayne’s Tha Carter V would be released on Friday. Unfortunately, the day passed with no album and no word from Wayne or his Young Money camp. There are, however, some clues that have been left on Instagram. While Wayne has kept quiet, there have been several athletes and celebrities like Kobe Bryant and Michael Vick who have been posting the album’s “V” logo on Instagram.

Some fans have even begun to piece together a theory that the “V” posts are setting up the actual release of Tha Carter V. According to HipHopLately, the theory is that the “V” posts are counting down the days, rather than naming the specific release date, as was initially believed. Floyd Mayweather was the first to drop the “V” on September 7 with a caption that read: “21,” leading fans to think that the album would drop September 21.

Several Athletes Have Posted What Appears to Be a Countdown

Now that we know September 21 isn’t the release date, the prevailing theory is that “21” was actually teasing how many days were left. If taken as such, that would mean Tha Carter V should come out on September 28. This would make sense, as it would fall on a Friday– the standard day for big music releases. Furthermore, Wayne turns 36 the Thursday before, so perhaps he delayed the album to coincide with the special day. 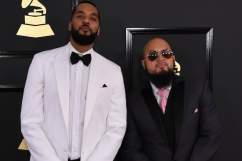 The recent posts from Bryant and Vick appear to support this theory. Bryant posted the same “V” with the caption “8,” presumably meaning eight days until Tha Carter V is released. Now, if taken from September 21, the eight would imply that the album would come out on the 29th, which would disrupt the theory, but shortly after, Michael Vick got on Instagram to post a “V” with the number “7” in the caption instead. It’s unclear whether Vick was correcting Bryant’s mathematical error, but it is the first time that two athletes have posted the “V” on the same day.

The Theory Suggests the Album Will Be Out September 28

Another interesting aspect of the countdown theory is that each number these athletes post align with their jersey numbers. Bryant was number eight on the Los Angeles Lakers, Vick was number seven on the Philadelphia Eagles, and James Harden, who posted the “V” on September 15, is number 13 on the Houston Rockets.

Harden, like Mayweather, deleted the post soon after. Odell Beckham, Jr. also participated in the campaign, posting the photo on his Snapchat. Check it out above. Wayne’s daughter Reginae Carter also posted the “V” on her Instagram, though she didn’t provide a caption beyond the “C5” hashtag. 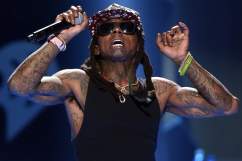