L il Wayne’s mythic album Tha Carter V is finally out. The album has been teased since 2013, and was prefaced by a flurry of promotional singles, legal delays and confusion over its release date.

Tha Carter V, Wayne’s twelfth studio album following 2013’s I Am Not a Human Being II and 2015’s Free Weezy Album, is currently available on several different platforms. We’ve listed the streaming platforms that the album will be released on, and the ways in which you can listen to them below.

You will be able to stream Tha Carter V on iTunes and Apple Music. If you have an Apple Music account, you can go into the app on your phone or tablet and set the notifications to alert you when the album is out. Click here to learn how.

Based on the standard release schedule for Spotify, Wayne’s new album will also be available to stream. If you don’t have a Spotify account, you can sign up for one here and pay only $0.99 for the first three months.

Tha Carter V will also be available to listen to on Tidal, which Wayne used to release the Free Weezy Album. The streaming service offers a free 30-day trial with Tidal Premium, which provides  access to music videos and curated playlists.

9-28-18! Wowwwww God is GREAT life is GOOD! @liltunechi ?Thanks to @benmendy23 @floydmayweather @jharden13 @obj @kobebryant & @mikevick for participating in the countdown which I saw confused the majority ??‍♂️?! Sorry about that it was tough to see y’all so ⬆️ then so disappointed but we never confirmed the 21st (sh*t was fun tho.) Well after waiting for years we HERE babbbbyyyy! Thanks for all the prayers and support promise it never went unnoticed or unappreciated. LOVE ?? #C5 #MulaSZN

When Wayne announced Tha Carter V‘s release date, he also provided a link to a website where you can pre-order the album. You can purchase the album right here, and like the other streaming options, it will be available to stream at 9 p.m. Pacific and midnight Eastern. There is also a countdown to the album’s release on the website.

Tha Carter V has undergone one of the longest rollouts in history. Originally set for release in 2014, the album was pushed back indefinitely, and teased at various points over the past few years. It was initially believed that the album would come out on Friday, September 21 of this year, but the date came and went without any new music. It was later revealed that Wayne never had intentions of releasing on the 21st, and that he wanted Tha Carter V to come out on his birthday, which is the 27th.

Wayne announced the album’s official release date through a video on YouTube. “I heard there was a misunderstanding about the release date of Tha CV,” he said. “I heard y’all got a little mixed up and y’all thought it was going to be released like last week or something. Well, I would like for you to know that since y’all stuck with me and hung in there anyway for like the past four, five years, through all of this — y’all got me feeling like Tiger Woods with this comeback — but on my birthday, I actually have something special: I will be releasing Tha Carter V.” 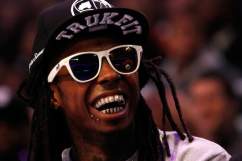