Mugshot Making a Murderer 2's release date has been announced.

Dolores and Allan Avery, Steven Avery’s parents, remain some of Steven Avery’s biggest supporters, and have worked tirelessly to try to fund Steven’s legal defense team. Their story has been considered one of the “sadder” aspects of Avery’s case, and the two have continued to receive support from fans of the show.

Dolores and Allan both made several appearances throughout the first season of Making a Murderer. Season one saw the couple spending every dime they had on their son’s defense, and continuing to advocate his innocence, despite the significant backlash they received from the community.

Here’s what you need to know about Dolores and Allan Avery:

1. The Averys Spent Every Dime They Had on Steven Avery’s Defense & Were Willing to Sell The Family Business to Fund His Legal Team

According to the Mirror and a tweet from the Making a Murderer Twitter account, Avery’s parents were willing to sell the family business in the small town of Two Rivers, Wisconsin to fund their son’s legal defense in 2006, “before he could lay claim to the proceeds from the $36 million lawsuit against the county.”

However, Avery only ended up getting a small portion of the $36 million lawsuit, and was eventually paid out approximately $400,000, to which his family used to fund his appeals, according to the Mirror.

Steven Avery's battles with the criminal justice system have taken an immeasurable toll on his parents. pic.twitter.com/ZVaS0OTI8l 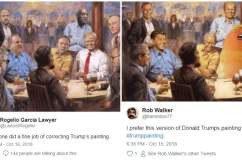 2. Dolores & Allen Have Received an Outpouring of Support From Fans of the Show

Due to the incredible amount of money that the Averys poured into their son’s defense, fans of the show have often sent supportive letters to Dolores and Allan, expressing their appreciation of the Avery’s devotion to their son.

Many viewers reached out to Dolores and Allan after Making a Murderer debuted. Viewers felt bad for the hardships the two have faced since Steven Avery was arrested and have inquired about their well-being since the show took off. The family reports that, although their resources were few, the influence of the show has helped aid the family greatly.

In an interview with BuzzFeed, Laura Ricciardi, one of the directors of Making a Murderer, described the hardships Allan and Dolores have continued to face:

They were in such a unique position because they had already lived through a wrongful imprisonment for 18 years. And one of the things we both learned was when someone with such a support system goes to prison in a situation like that, it’s not as if that person alone is suffering — the whole family is suffering. It affected the family’s reputation, how they felt when they went out into the community; it affected their business. So for them to find themselves back in that position again, it was very tragic.

“They continue to suffer every day Steven and Brendan are in prison. But they’re feeling uplifted by the recent letters of support they’ve received, and encouraged that Steven has a new lawyer,” Making a Murderer wrote on Twitter back in 2016.

The creators of Making a Murderer have indicated that Dolores and Allan’s experience hasn’t been easy, but that the support the show has led to via letters of appreciation and a heightened profile on the case has them feeling uplifted.

3. Dolores Avery Has Stated That She Believes Her Son Was Set Up & That  Teresa Halbach Is Still Alive

Dolores Avery stunned audiences during an interview in 2016 when she claimed that she believed Teresa Halbach was “still alive.” Steven’s mother is reportedly convinced the conspiracy to convict her son runs deeper than just the police and prosecutors from Manitowoc county.

The Mirror reports that, during an interview in early 2016, Dolores was asked who she believes murdered Halbach. She answered: “I don’t know, but I wish the person would come forward. I don’t think she’s really dead.”

According to the Mirror, Dolores also claimed that her sons Charles and Earl, who were both accused by Steven Avery of having some involvement in Halbach’s murder, were also innocent.

She said, according to the Mirror: “He wrote that legal document when he was prison, maybe he felt he had to do something. But it wasn’t anything to do with them Earl and Charles Avery.” 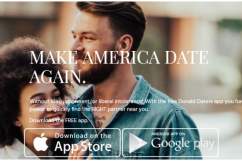 4. Age is Quickly Becoming a Factor For Dolores & Allan As They Wait For The Case to Play Out

Although the Averys maintain their son’s innocence and continue to fight for his release, a journalist for USA Today affiliated publication Post Crescent visited the Avery Salvage Yard in May of 2016, and wrote about his experiences, exclaiming that time was becoming a factor for the elderly Averys to see their son’s freedom.

He stated that Dolores and Allan were both extremely friendly, as were Steven’s brothers Charles and Earl, and that the family business was still running, despite the legal proceedings and accusations against Steven. However, they hope to get the case resolved sooner rather than later, as Steven Avery has already lost more than another decade of his life (on top of the 18 he served for a crime he didn’t commit), and both of his parents are now in their early 80’s.

Post Crescent wrote: “If Avery is truly innocent, the family hopes Zellner can work her magic sooner than later. Allan and Dolores Avery are getting into their late 70’s. The belief that their son got railroaded by the Manitowoc County criminal justice a second time and has lost another 11 years of his freedom seems to be an enormous cross to bear. Age is starting to become a factor. It’s becoming harder for Dolores to get around. Allan Avery’s hearing is going. The duties of running the family business fall mainly upon the shoulders of Steven’s brothers Chuck and Earl. Like their mom and dad, the brothers share the belief that Steven will be proven innocent yet again, but when that day will come remains anybody’s guess.”

5. The Averys Have Four Children – Three Sons & a Daughter

Dolores and Allan have four children. Charles Avery, often referred to as Chuck, is the eldest of the four. Earl is the youngest brother, Barb is the Averys only daughter, (and Brendan Dassey’s mother) and there is obviously, Steven.

The Avery children have somewhat extensive criminal histories. Chuck Avery was charged with second-degree sexual assault in 1988, but was eventually acquitted of the charge. He also pleaded no contest to third degree sexual assault in 1999 for allegedly raping and attempting to strangle his wife, and was accused of harassing and stalking a number of women, including customers of the Avery Salvage Yard.

Earl Avery pleaded no contest to battery after allegedly beating and choking his wife during an argument, and was also accused of fourth degree sexual assault and battery of his two daughters, to which he also plead no contest. He was also charged in 2011 for videotaping children and adults as they changed in the bathroom during a pool party.

Barbara, their only daughter, was arrested on misdemeanor possession of marijuana back in 2005.

Correction: An earlier version of this post misspelled Dolores Avery’s name as Delores.

READ NEXT: Ken Kratz: Where Is The Former Manitowoc District Attorney Today?