Kathleen Zellner, Steven Avery’s defense attorney, is making waves during the second season of Making a Murderer, which follows the trials of Steven Avery and Brendan Dassey, who were both convicted in Wisconsin state court for the murder of photographer Teresa Halbach.

Zellner, an attorney for more than 26 years in the Chicago area, specializes in helping overturn wrongful convictions for innocent men and women in prison. Her Twitter bio currently reads: “Unmaking ‘Murderers’: One False Conviction at a Time.” According to an article by Newsweek, she has “secured the exoneration of 17 men and won almost $90 million from wrongful conviction and medical malpractice lawsuits.” Zellner intends to make Avery her 18th exoneration.

According to Zellner, she will not represent someone she believes is guilty. One of the first things she says to her clients is: “If you are guilty, I will do a way better job of finding out you are guilty than any prosecutor could.”

“You would have to be an idiot to hire me and be proved guilty,” she said during the second season of Making a Murderer. 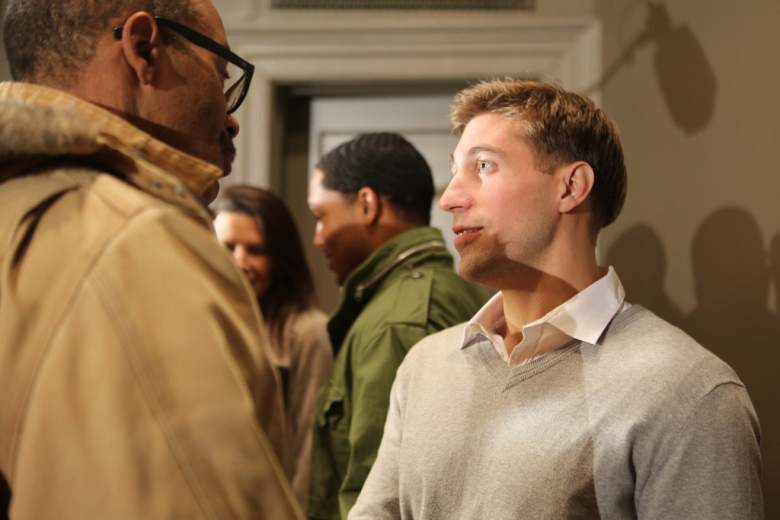 Ryan Ferguson was accused of beating and killing newspaper editor Kent Heitholt on Halloween in 2001 and sentenced to 40 years in prison. Ferguson was 17 at the time of the murder, and implicated in the crime by a friend who claimed to have been partying with Ferguson on the night of the murder. Ferguson was convicted in the fall of 2005 on the basis of Erickson’s testimony as well as the testimony of a building employee, according to CBS.

He was released in 2013 after six former Columbia police officers were found liable for fabricating evidence and violating Ferguson’s civil rights by coercing false witness testimony, falsifying evidence and neglecting to follow up on other potential leads while investigating the Heitholt murder, according to Columbia Missourian. 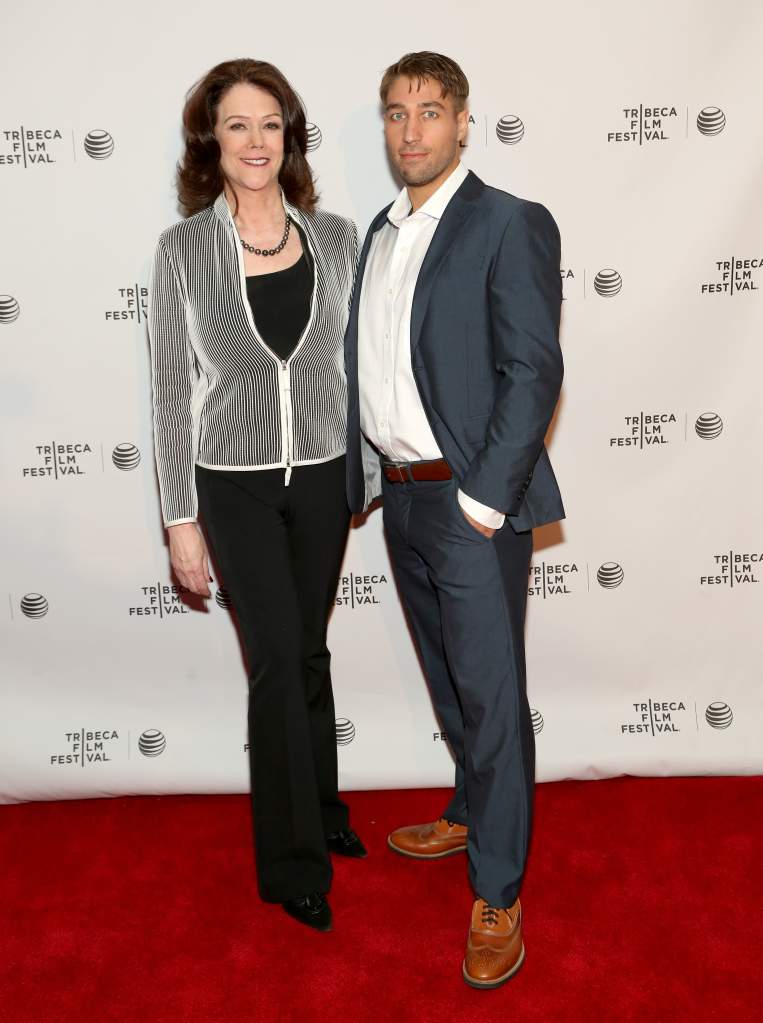 Despite Zellner’s determination to see Avery’s case through to the end, and her promises of being in it “for the long haul,” Zellner wasn’t so sure about taking Avery’s case in the beginning. She initially declined to take up Avery’s case when it first ended up on her desk, long before she’d seen Making a Murderer, according to Newsweek. It wasn’t until Ferguson told her to watch the show because the case reminded him of his own that she decided to dig deeper into Avery’s case.

Help us wish Larry and Calvin Ollins, Omar Saunders, + Marcellius Bradford a happy 16th year of freedom. The men were just teens when they were wrongly convicted of murdering a medical student in Chicago in 1986. They were represented by @ZellnerLaw: https://t.co/rRsmXI9ZJS pic.twitter.com/Jaxlwb27Px

Saunders and cousins Calvin and Larry Ollins were convicted of the rape and murder of Chicago medical student Lori Roscetti in 1986, according to the Chicago Tribune. The men filed a lawsuit against Chicago police, city crime lab workers and a Cook County prosecutor, who were all accused of “framing [Saunders, Ollins and Ollins] by coercing confessions and conspiring to present false testimony at their trials.” The lawsuit describes an alleged conspiracy that grew out of the Police Department’s frustration at their failure to solve the high-profile October 1986 murder of Roscetti.

DNA evidence was used to free the three men after they, and a fourth man who was in prison for another crime, were convicted of the murder. The evidence, presented by Zellner and her team, proved semen found at the scene did not belong to any of the convicted men. They were freed in 2001.

Joseph Burrows: #InnocentOnDeathRow '89-'96 Convicted on testimony of Gayle Potter, who later confessed she alone had committed the murder. pic.twitter.com/VFKAnygj0Z

Burrows was convicted of murdering William Dulin in Kankakee, Illinois, in 1988, and sentenced to die. Burrows was falsely accused by a woman, Gayle Potter, who cashed a check in the victim’s name. Her blood was found at the scene and she owned the murder weapon, according to the National Registry of Exonerations.

Peter Rooney, a reporter for the Champaign-Urbana News-Gazette, obtained a recantation from a key witness against Burrows, and the case was re-opened. Zellner and her team discovered a letter written by Potter, which asked another friend to testify against Burrows. Zellner eventually persuaded Potter to confess to killing Dulin at the post-conviction hearing. Burrows was released in 1994 after sitting on death row for 5 years.

Fox was convicted of killing his 3-year-old-daughter Riley, who was bound with duct tape and sexually assaulted before she was murdered. Riley was taken from her Wilmington home in 2004 while sleeping in flamingo pajamas with a Dora the Explorer blanket, brutally sexually assaulted and then drowned in a creek. The prosecution quickly denied the idea of a sexual predator and Fox was convicted in 2004, despite the fact that there were a suspicious pair of shoes found near the scene of the crime with the name ‘Eby’ written on the tongue.

Scott Wayne Eby eventually confessed to the crime after DNA evidence linked him to to the crime scene and a vague tip was given to police, who followed up and interviewed Eby. Eby was was already in prison for raping a relative and had tried to take his own life several times before confessing to killing Riley. Fox was released from prison in 2005 after Zellner argued that Fox was framed and won his family $8 million in damages in 2010, the Chicago Tribune reported.

Wardell and his boyhood friend Donald Reynolds were wrongfully accused of a sexual assault and robbery in Chicago in 1986. After two women were violently assaulted by a group of three men, they pointed Wardell out in a lineup, who was already picked up and being held on a separate charge. Wardell was identified by both women as being involved in the assault.

According to the Innocence Project, Wardell went to prison in 1988 and the state’s only evidence against the men consisted of the victim’s identification of Wardell and “incorrect serological testimony connecting Reynolds to the crime.”

Wardell was exonerated in 1997 after Zellner argued for testing on DNA samples that had previously been denied. When tested, the DNA found in semen proved it could not have come from Wardell, according to the National Registry of Exonerations.

This is what happens when the wrong man is prosecuted. Our client Jerry Hobbs not only lost his daughter but he was wrongfully prosecuted for her murder while this monster was free and killed again. ⁦@lifeafterten⁩ ⁦@michellemalkin⁩ #Disgracefu https://t.co/NVlJOqpIlq

Hobbs was wrongfully accused of murdering his daughter and her friend, whose bodies were found in a Lake County park in 2005. Hobbs was in prison for five years until DNA evidence proved sperm found was from someone else, who was a convicted rapist and  formerly accused of murder, CBS Chicago reported.

According to CBS Chicago, Nash was convicted in the 1995 murder of Leon Stroud on Chicago’s South Side, based on witness testimony. In 1997, he was sentenced to 80 years in prison. Nash spent 17 years in prison before DNA evidence on a ski mask proved that he wasn’t connected to the case, with the help of Zellner and her team.

Nash later received a certificate of innocence and a settlement of more than $200,000 from the state, but was shot and killed in a failed robbery attempt three years after his release from prison.

Those listed above are just a handful of the men and women Zellner has helped exonerate over the last few decades. For a full list of those she has helped, check out her website.

READ NEXT: Making a Murderer 3: Will There Be a Third Season?