ABC Annie Reardon and Angelique Sherman did not snag a date with Colton on tonight’s episode, leading to an uncertain future on the show.

Annie Reardon and Angelique Sherman did not snag a date with Colton on tonight’s episode, leading to an uncertain future on the show. According to the official ABC synopsis for tonight’s episode, “some ill-timed drama the night of the rose ceremony might lead to certain ladies being left without a rose.”

The official ABC synopsis for episode 2 this season reads, “Colton’s search for love starts with laughs, surprises and intense face-offs between the women. The first date of the season has eight hopeful bachelorettes sharing personal stories about their “firsts” – with Colton and a live audience – and coached by happily married masters of comedy Megan Mullally (“Will & Grace”) and Nick Offerman (“Parks and Recreation”). Hannah B. scores the first one-on-one date on her birthday, including dinner on The Queen Mary. Twelve eager women attend “Camp Bachelor” with a decidedly unorthodox camp counselor, actor and comedian Billy Eichner, who oversees three challenging contests. However, some ill-timed drama the night of the rose ceremony might lead to certain ladies being left without a rose.”

Are Reardon and Sherman among the ladies to head home? Continue reading for more information on tonight’s episode, but be warned: MAJOR SPOILERS AHEAD.

Who Gets Eliminated on Tonight’s Episode of The Bachelor? 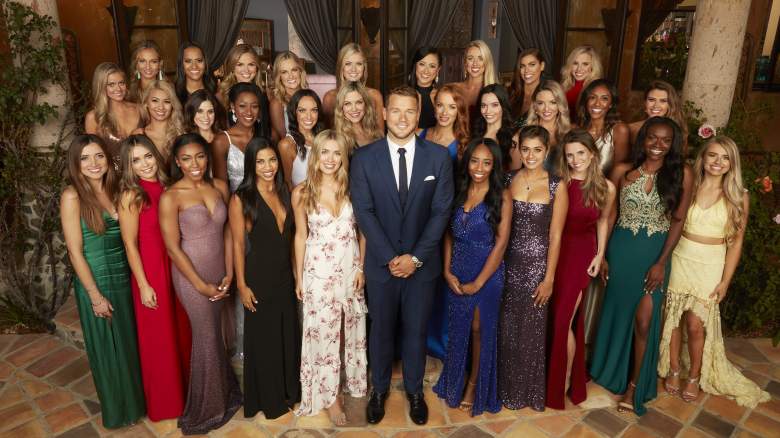 Before the second rose ceremony kicks off tonight, two “night one rivals” will clash, ABC writes. The network isn’t revealing who the argument will involve, but classifies the women as a “young vixen” and a “more experienced woman.”

“As the temptress stirs the pot by leading an unassuming Colton away for a private ‘relaxation’ session, interrupting his chat with the other bachelorette. This little trick prompts the abandoned lady to spend the rest of the night in hysterical tears. Will the drama turn Colton off to both women?” states the synopsis.

If you hadn’t already guessed, Reardon and Sherman are among the four ladies who are sent home on tonight’s episode, which shouldn’t come as much of a surprise since neither lady had snagged a date with Underwood for the second episode. The other two ladies getting the boot are Alex Blumberg and Erika Mcnutt, although it’s not clear which of the ladies (if any of the four) were involved in the tense altercation before the ceremony. According to blogger Reality Steve, “At the cocktail party, Alex fell asleep while talking to Colton. Demi came downstairs in a bathrobe then took Colton into closet to talk.”

Hannah Brown Scored a Solo Date With Underwood, Although It Doesn’t Look Good for Brown

If that toast ? doesn't go well, Hannah B. might be toast. ? #TheBachelor pic.twitter.com/KZUYPknUQb

As the ladies get geared up to win over Colton Underwood, with one lucky lady scoring the first one-on-one date with this season’s bachelor. Hannah Brown will be celebrating her birthday with Underwood, riding horses through the Vasquez Rocks National Area Park relaxing in a private outdoor hot tub, while the other ladies take part in a series of challenging contests with actor and comedian Billy Eichner.

Brown impressed viewers on the season premiere with her sweet and bubbly nature, and is clearly able to hold her own when it comes to charming her way through beauty pageants, but it looks like her nerves may get the best of her on tonight’s episode of The Bachelor.

Although she is celebrating her birthday alone with Underwood, a clip of her date with Underwood shows a nervous Brown who fails to find the words for a toast, which apparently prompts Underwood to question how serious she is about the relationship and whether or not she is just wasting his time.

“If Hannah can’t open up, I’m not going to be giving her a rose at the end of the night,” Underwood tells the camera.

READ NEXT: Hannah Brown Gets the First Solo Date on ‘The Bachelor’