Lizzette Martinez is one of the many women who have stepped forward to accuse R. Kelly of sexual abuse. Martinez, 41, has appeared on the documentary series Surviving R. Kelly, where she claims that the R&B singer pressured her into committing sexual acts against her will.

Martinez recounts her initial meeting with R. Kelly, and how he reportedly took her virginity at age 17 before infecting her with mononucleosis. Martinez also says that Kelly was to blame for the miscarriage she had after he got her pregnant. Read on to learn more about her relationship with the singer below.

1. Martinez Says That She Met R. Kelly At a Shopping Mall When She Was 17

During the Surviving R. Kelly documentary series, Martinez recounts how she met the singer at a Florida shopping mall in 1995. “I was a typical teenager. I was at the mall with my girlfriend, and I was an aspiring singer in an R&B group, so I knew of him,” she said. “I followed music, and I saw him with a really tall guy, maybe 7 feet tall, and I said to my friend, ‘Oh, that’s R. Kelly’.”

She admitted that she felt starstruck in the presence of such a noteworthy celebrity. “I guess he overheard me, and he came over and gave me a hug, and I was kind of stunned,” she explained. Martinez said that R. Kelly asked to see her again even though he was secretly wed to Aaliyah at the time.

“He told me he was recording an album, and I was ‘okay’ and then he left,” she said. “But his bodyguard came back and handed me his phone number and said ‘R. Kelly would like you to call him.’ My best friend was with me and she said, ‘Liz this is your big break! Like you better call or I’m gonna call for you’.”

Martinez says that things between them quickly became sexual, and that she lost her virginity to the star at age 17 “The first time I had sex with him there was a party going,” she said. “Some of his crew gave me alcohol and I was drunk basically when we had sex.”

2. She Was An Aspiring Singer Who Felt That R. Kelly Could Help Start Her Career

R. Kelly arrives at the Cook County courthouse in 2008

When Martinez met R. Kelly, she was a senior at North Miami Beach Senior High School, a cheerleader, a Catholic, and a member of a female R&B vocal trio called Sweet Sensations. She told Buzzfeed that she was very serious about her career as a musician at the time.

“For me singing was always an outlet, and I planned on having a career,” Martinez told. “So I called him and he said ‘Well, I’d like you to come to dinner with us.’ My girlfriend said, ‘Let’s get your make-up and hair done now… This is it you’re gonna make it’. I was so naive.” Martinez met up with Kelly at the Hit Factory Criteria recording studio in Miami, where he was working on his self-titled 1995 album. She told Buzzfeed that Kelly allowed her to show off some of her musical talents.

“I sang for him, and he played the piano,” she recalled. “And he said he wanted to help me and develop me and write songs, and I was really excited about it, you know, I was like, ‘Wow, finally, my chance.’” Martinez says she was present during the bulk of the album’s recording.

“He was recording his second album, and I was there for most of the recording. You know, he would never write anything down — it was just off the top of his head. I was really impressed by him,” she admitted. Despite her presence, however, she never recorded any music with him. 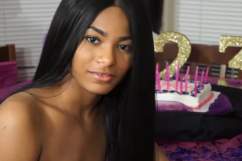 3. She Became Pregnant With R. Kelly’s Child But Miscarried After the Singer Asked Her to Get an Abortion

Martinez says her relationship with Kelly began to suffer when when she grew tired of waiting alone in hotel rooms and giving into his controlling demands. “It was very controlled: what I wore, how I spoke, who my friends were, who I could bring around,” she explained. “I did these things, and I felt like it was always — he was directing stuff. You know, it felt really weird. He was really overbearing… I’m like, ‘I don’t want to do that.’ But he has a way with people, with women. He’s just so controlling, so abusive.”

Martinez eventually became pregnant with his child. “He wanted me to have an abortion,” she said. “I came from a very Catholic background. I didn’t believe in abortion.” Martinez eventually miscarried while waiting for the singer at a Marriott Hotel. She felt that Kelly’s negligence indirectly aided in the miscarriage. “I guess it was for the best. I didn’t want to go through that abortion.”

Despite her miscarriage, and the fact that Kelly was physically abusive towards her, Martinez stayed with him. “He’s a nice guy afterward,” she said. “‘I love you. I’m sorry. You know, I’m going to help you. I’m going to do everything for you, but you have to listen to me.’ It was always I wasn’t listening to him. You know, a typical domestic abusive relationship, and this was, like, my first relationship in my life.” 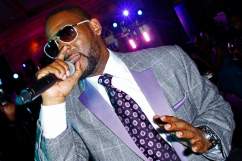 4. She Was Hospitalized In 1998 After Kelly Reportedly Gave Her Mono & Paid Off Her Mother to Keep Them Quiet

Martinez was hospitalized and suffered serious medical complications in 1998 after she alleges that R. Kelly gave her mononucleosis. While Kelly never visited her in the hospital, he did send her mother Rosa Villanueva a check for $1,000. “I cannot stand this man,” Villanueva told Buzzfeed. “It’s not just my daughter; he does this to younger girls. I was devastated. When she came back, she was not the same. Mentally, physically, and emotionally, she was not the same.”

After her recovery in early 1999, Martinez split from the singer. “I was really hurt,” she admits. “I was damaged. I didn’t want to do music anymore. I kind of gave up on my dreams. I wanted to live a normal life. I was too young to go through those things.” When asked why she continues to recount her painful story to the media, Martinez said it was to make sure that this didn’t happen to more young girls.

“My purpose of telling this story is this has gone on for years. This is not new. I feel like things happen for a reason,” she remarked. “Unfortunately, this happened to me. Maybe I can be an example that you don’t have to go down the tubes. I’ve been through hell and back in my life, but I’ve always picked myself up.” 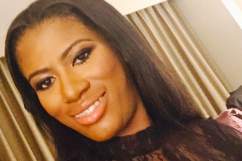 5. Martinez Currently Has 2 Children & Works As a Restaurant Coordinator

According to Buzzfeed, Martinez put her past with R. Kelly behind her and was able to get married in 2000 and start a family. She currently works as a development coordinator for the Benihana restaurant chain and raises twins. It is due to the happiness she has in her own life that she chose against pursuing legal action against Kelly over the past few decades.

“I wasn’t in it ever for money, and I didn’t want to go through that,” she said. “I mean, I knew he was wrong. I was hurt by him. But I couldn’t rehash it again. It was just too new. It was just too much pain. I had a new life.” As for her opinion on R. Kelly, Martinez said that she sees him as a child. “I see Robert as a child still. He’s a grown man, obviously. He’s 51,” she explained. “But I don’t think he ever grew up. I don’t know if that makes sense to you. I see him as childlike, but he’s a predator.” 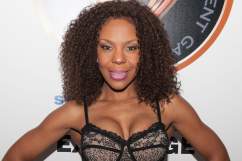 Read More
Lifetime, R Kelly
Learn about one of the women who accused R. Kelly of sexual abuse.