The Voice Comeback Stage 2019 is an online series that was introduced last season as The Voice season 15 aired. Now, the digital companion series is back. The show features six cast-offs from the blind auditions of The Voice. So, contestants who don’t make it through the blinds will be added into the mix for a second shot at being in the competition. These contestants will compete against each other, battling for just one spot. The winner will have another chance at the title, getting back onto the regular show as a member of the top 13, in the live shows, according to NBC.

Last season, country star Kelsea Ballerini was the coach for the digital series, but this season, she is a guest adviser on the regular show. This left a spot open for a new “Comeback” judge and Bebe Rexha has stepped up.

During the first round of the competition, the six singers will go head to head and, during each episode, two artists will compete. They will sing for Rexha, who will pick a winner to move on to the next round. After this, in the next round of the competition, Rexha will bring back three artists who were eliminated during the Battle Rounds on The Voice 2019. They too will then get a chance to re-enter the official competition. These artists will face off against the three artists from the first round and see who comes out on top.

Rexha will then choose three finalists who will perform for her in the Semi-Finals. Rexha will eliminate one of these three singers. Then, in the Comeback Stage Finals, Rexha will pick just one artist to move forward to compete against yet another eliminated artist, who was eliminated from a later round of the Voice competition, according to NBC.

The two final artists will perform live for America on the Tuesday night episode of The Voice on April 30, 2019 episode. A Twitter Instant Save will be used to determine which of the two contestants gets to re-enter the competition. The winning artist will pick their coach and join a team, making their way into the top 13.

For those wondering how to watch the “Comeback Stage” series, last season it aired on YouTube, The Voice Official App, IGTV (Instagram), Facebook and NBC.com. No change in how the series will air has been reported. NBC has reported that the series will run for nine episodes, starting on February 26, 2019.

The Voice isn’t the first show to incorporate a comeback digital series. For example, Top Chef has their own “Last Chance Kitchen”, which is a web-series featuring cast-offs from the show. A winner then gets to rejoin the show. 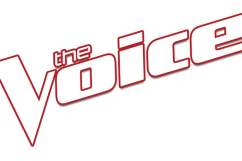 Read More
Reality TV, The Voice, TV
The Voice season 16 brings back the recently added companion series airing online, the "Comeback Stage." Get to know more about voting and how to watch it.