Getty Joe Dempsie's dating life is either very well hidden, or non-existent at this time. The Game of Thrones actor hasn't been linked to anyone for several years.

Joe Dempsie, an English actor who rose to fame for his role as Chris Miles on the British comedy Skins, recently reprised his role as Gendry on HBO’s Game of Thrones. With the season eight premiere of GoT right around the corner, and Gendry’s reappearance on the show after a three-season hiatus (where Dempsie claims Gendry was still “rowing” back to King’s Landing), fans of the actor may find themselves wondering about his personal life.

Dempsie doesn’t appear to be dating anybody at the moment, so all the hopefuls out there may still have a chance with the 31-year-old actor. He was in a long-term relationship with ex-girlfriend Katie McGrath years ago, but the two called it quits back in 2010.

Here’s what you need to know about Dempsie’s love life: 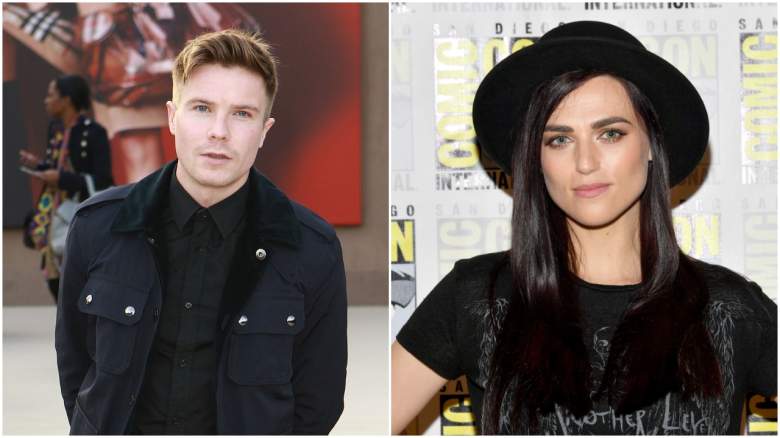 Dempsie dated Irish actress Katie McGrath for three years back in 2007 before they broke things off in 2010. McGrath moved on to date actor Colin Morgan after the split but Dempsie seems to have put dating to the side in order to focus on his career.

There has been no significant link between Dempsie and any other woman since he and McGrath went their separate ways, although he has been linked to Skins costar Larissa Wilson. However, his relationship with Wilson appears to have been strictly professional, as their two characters dated on the show.

Aside from his role as Gendry on Game of Thrones and Chris Miles on Skins, Dempsie has also appeared in Doctor Who, Merlin and This is England ’86, among many other television series and films.

Dempsie Appeared as a Love Interest of Rob Green in a 2016 Music Video, Which Raised Speculation on His Sexuality

Rob Green’s 2016 music video “Blue” raised rumors and speculations about Dempsie’s sexuality after he portrayed a broken love interest of Green in the video. Dempsie also provided a voice for the character of Steven, a gay teenager in the Radio 4’s Once Upon a Time, and since Dempsie is rarely seen dating, fans wondered if the actor just wasn’t interested in women.

It appears Dempsie isn’t bothered by the speculation however, and though he hasn’t confirmed nor denied the rumors, he appears to just be comfortable playing gay characters when he has the opportunity to do so.

GettyJoe Dempsie, best known for his role as Gendry on Game of Thrones, is 5’10” tall and nearly 31-years-old.

According to Live RampUp, one of Dempsie’s fans sent a video to the actor to ask if he’d go on a date with her. When he didn’t respond, she sent another video to all of his Twitter contacts, which included his ex-girlfriend’s mother. Check out his comments below:

“The girl sent a video to my agent of her talking to her webcam saying she thought I looked very nice and would I like to go on a date with her. A week after, she sent it to everyone I had ever interacted with on Twitter, including my ex-girlfriend’s mum.”

“Video two starts with her on a piano. She starts singing a song about me, and as she gets into the first verse this chorus of male backing singers come up behind her.”

She apparently sent a third, “farewell” video as well, by which time all of his GoT costars had already seen the first two. To reward the fan for her persistent efforts, Dempsie said that he freeze-framed the video and his friend took a photo of him kissing her face and sent it to back her.

Tune in Sunday, April 14 at 9/8c to catch the eighth and final season premiere of Game of Thrones, only on HBO.

READ NEXT: Joe Dempsie Height & Age: How Tall & How Old Is the ‘GoT’ Actor?