Getty Catelynn and Tyler Baltierra reunited with their firstborn daughter Carly in 2018. The couple, who gave Carly up for adoption in 2009, still celebrate her birthday.

On Teen Mom OG last season, longtime couple Catelynn Lowell and Tyler Baltierra opted to go through a temporary separation. This was initiated most by Baltierra and fans began to speculate that they would end up divorced. Season 8 of Teen Mom OG premieres and the couple is still dealing with their separation, as Lowell’s due date for their new baby creeps closer.

When the couple first appeared on 16 and Pregnant years ago, they gave birth to their daughter Carly, who they gave up for adoption in 2009. They went on to get married and built a life together. They had another little girl and on season 8 of Teen Mom OG, the two will welcome their third child.

But, how is the couple doing today? Of course, when two people get romantically involved in their young teen years, there are bound to be issues as they grow up together. The couple has worked through their depression and anxiety issues, unstable relatives, and miscarriage. They’ve also been the subject of split and cheating rumors. But, they’ve managed to power through and are reportedly still together today, according to In Touch Weekly.

Lowell recently gave an update to Us Weekly about her relationship with her husband, saying that they are now in “a good place”. She revealed, “We’re living in the same place, we did couples therapy together and therapy on ourselves as individuals, which I think helped a lot. We were just honest with ourselves and with each other during that time. I think, you know couple’s therapy helped too. Learning how to talk and communicate.”

She continued, “Tyler and I just click. We’re really opposite, but we have a lot of similarities. I just think really open, honest communication [works]. I feel like some people are just meant to be with one another and I really just feel like that’s him and I; we just really bond and click and connect.”

With the couple being together for so long and having such a deep connection, one might wonder why Baltierra would choose to live apart from his wife for a month. According to Celebuzz, Baltierra explained that, “I think the goal is to just figure out who we are as individuals. I think me and Cate, like, just got together super young and we kind of, like, used each other for survival […] to kind of drive through this life or whatever. And I feel like we just got so lost in everything. You just kind of lose who you are as an individual.”

Catelynn Lowell is the only cast member on Teen Mom OG, as well as Teen Mom 2, who has gone the distance with the original father of her first child. Fans have voiced their love for the couple and for Baltierra over the years, rooting for the two. Baltierra is pretty much a main cast member, more than any of the other dads or male partners on the series.

Tune in to MTV at 9 p.m. ET/PT and 8 p.m. CT, on Monday nights to watch Lowell and Baltierra on Teen Mom OG. 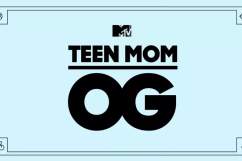 Read More
Celebrities, Reality TV, Teen Mom OG, TV
Are Catelynn Lowell and Tyler Baltierra from Teen Mom OG still together? Did they opt to get divorced after their new baby? What's the latest update?