Who gets engaged on season 6 of Bachelor in Paradise? It’s the last week of the season and several couples will leave BIP without a mate, while others will leave with life-long commitments … at least for now. But, before we get into all the details on what to expect on tonight’s episode and the finale, THIS IS YOUR MAJOR SPOILERS WARNING. Do NOT continue reading if you don’t want to know any spoilers about the show this week or the cast.

Now let’s get into what to expect. The official ABC synopsis of tonight’s episode states, “Emotions are at a fever pitch on the beach as Dean makes a shocking return to Paradise to ask Caelynn to leave with him immediately. But before she can come to any conclusion, she must talk to Connor with whom she was hoping to build a future. Will she go with her head or her heart? Chris and Katie are hoping that their make-or-break date will show them just how amazing their relationship could be, but will Chris decide to let his walls down and open up to her? It’s almost the end of Paradise and the couples are feeling the heat.” And the synopsis for the finale episode reads, “What couples will survive this last intense week in Paradise? Hannah and Dylan attend a local child’s birthday party, giving them a glimpse of what the future might bring and inspiring them to share their feelings for one another. Nicole can’t wait to say “I love you” to Clay, but will he be able to reciprocate? Shocking breakups litter the beach on Bachelor in Paradise.”

Read on below for a rundown on who gets engaged, who leaves Paradise, which people break up, and more.

Who Gets Engaged on “Bachelor in Paradise” 2019

According to Reality Steve, the couples who get engaged this season are:

In a recent episode, Dean Unglert left the show, rejecting Caelynn Miller-Keyes. Then, Connor Saeli showed up and began courting Miller-Keyes. Unfortunately for Saeli, Unglert returned to Paradise, realizing he made a mistake by ending his relationship with Miller-Keyes. He asks her to leave Paradise with him and she does. The two are still together today.

When it comes to the other main remaining couples, they each break up. The couples who split include:

Peter Weber Is Announced as “The Bachelor” 2020

Reality Steve has reported that, during the finale episode of the season, Peter Weber will be revealed as the new star of The Bachelor 2020. Reality Steve stated, “They finally make the official announcement that Peter is the “Bachelor” and they bring him on stage. He says what pretty much every guy getting introduced in that role says with the he’s ready to find love, the process works, he’s so excited, and he even got emotional on stage talking about it.” 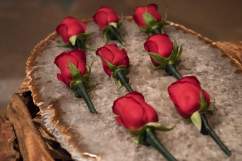 How to Watch ‘Bachelor in Paradise’ 2019 Finale Episodes Online

Read More
Bachelor In Paradise, Reality TV, TV
Who gets engaged on the finale of Bachelor in Paradise 2019? Read on for the spoilers on BIP season 6.