Bachelor in Paradise 2019 enters its finale episodes week. Couples will break up, some will get engaged, and others will leave the show still together but with no long-term commitment. And, it all goes down on September 9 – 10, 2019, on the ABC network, at 8 p.m. ET/PT and 7 p.m. CT. But, for those who do not have a cable subscription, you may be wondering how to watch the show online.

You can sign up for PS Vue right here, and you can then watch a live stream of ABC on your computer via the PS Vue website, or on your phone (Android and iPhone supported), tablet, Roku, Amazon Fire TV, Apple TV, Chromecast, PlayStation (3 or 4), or other supported device via the PS Vue app.

The cast members left on the show at this point and those joining the show this week include:

When it comes to the final two episodes, here are the episode descriptions:

BIP Season 6 Episode 12: Connor decides to leave when Whitney seems not to be coming; Bri and Sydney vie for Matt’s heart; Luke must decide between four women.

According to Reality Steve, the finale episode will also include a reunion and an announcement of the next star of The Bachelor 2020. Reality Steve stated, “They finally make the official announcement that Peter is the Bachelor and they bring him on stage. He says what pretty much every guy getting introduced in that role says with the ‘he’s ready to find love’, the process works, he’s so excited, and he even got emotional on stage talking about it. Been a while since they haven’t announced the new Bachelor live, hasn’t it?”

Also on the reunion episode, fans will get to see which couples have broken up or are still together since BIP ended filming. 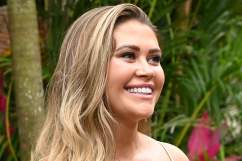 Does Caelynn Miller-Keyes Break Up With Connor Saeli for Dean Unglert?

Read More
Bachelor In Paradise, Reality TV, TV
This week airs the finale episodes of Bachelor in Paradise 2019. Get the rundown on how to watch BIP online via live streaming.