Priscilla Presley, the wife of the late Elvis Presley, lost her grandson, Benjamin Keough, to suicide by a self-inflicted gunshot wound, TMZ reported on July 12. In addition to Keough, Priscilla Presley has three other grandchildren from her only daughter who she shared with Elvis Presley, Lisa Marie. The 75-year-old also has a son, Navarone Garibaldi.

Here’s what you need to know about Priscilla Presley’s family and children:

1. Priscilla Presley Was With Marco Garibaldi for 22 Years 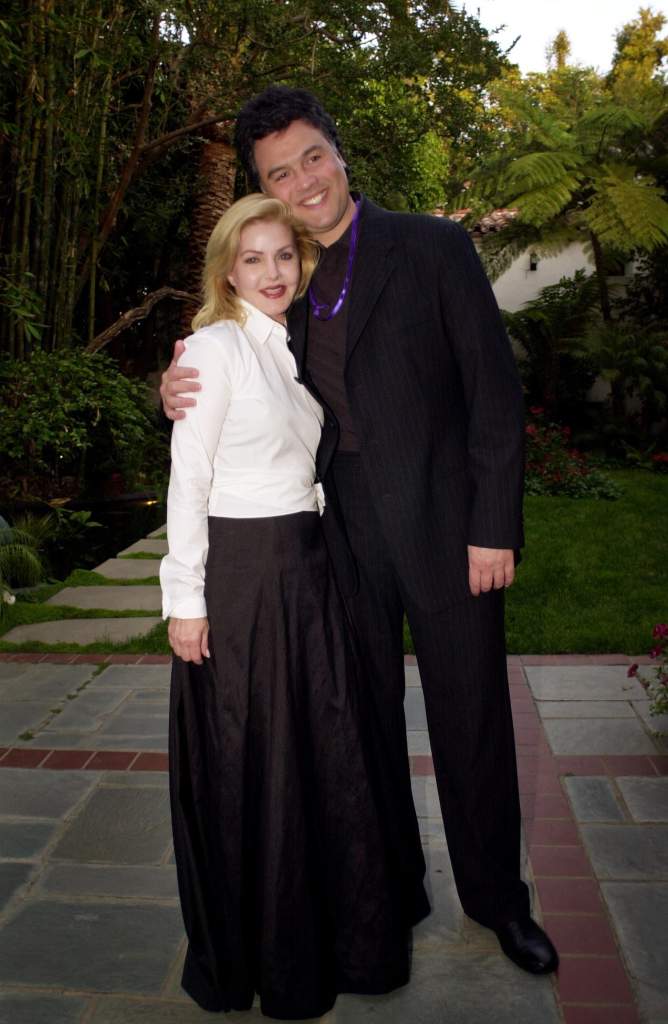 After her marriage to Elvis, Presley dated but didn’t have a long-term relationship until she met Marco Garibaldi, according to Express UK. IMDb wrote that Garibaldi is an entrepreneur with interests in architecture, screenwriting, manufacturing, engineering, public service, software engineering, botany and real estate development.  They welcomed their son, Navarone, in March 1987.

2. Presley’s Son Is a Musician 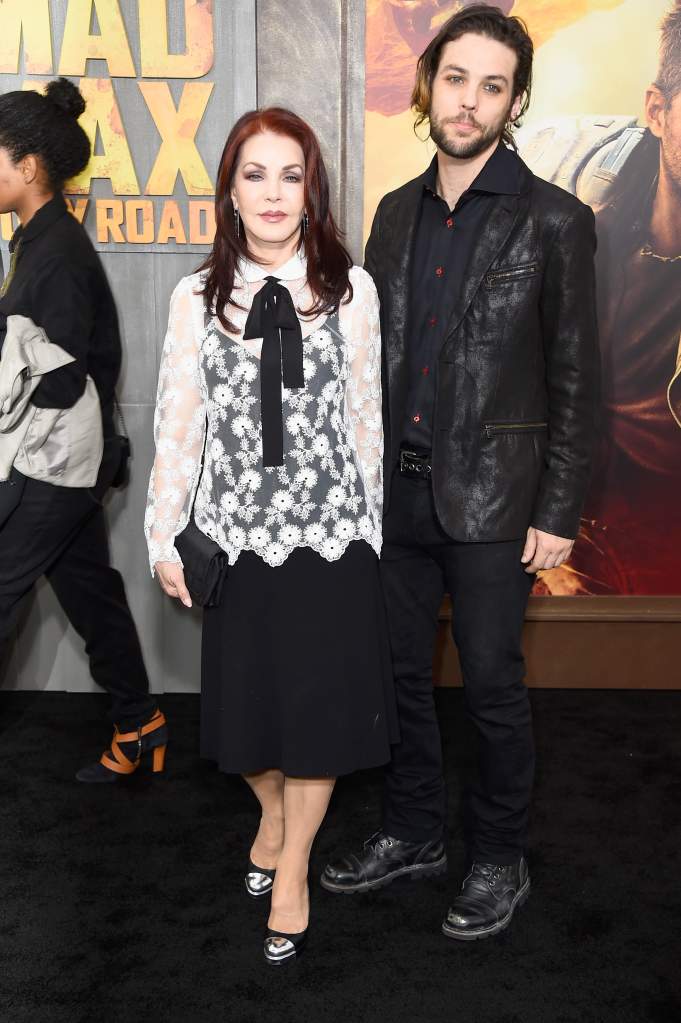 Even though he isn’t Elvis Presley’s son, Priscilla Presley’s son Navarone Garibaldi followed in The King’s footsteps. He started his own alternative rock band called Them Guns in 2013, according to the band’s website, and is their lead vocalist. The group also includes Chris Hudson, Chuck Holiday, Bobby Vega and Kyle Hamood. They have one album listed on Spotify titled From the Shadows, which was released in 2019.

3. Lisa Marie Presley Followed in Her Father’s Footsteps in More Ways Than One

According to Biography, Lisa Marie Presley dropped out of junior high school and developed an addiction to “illegal drugs.” Her father also struggled with addiction before he died in 1977 of heart failure, History.com stated. She was sent to the Scientology Celebrity Center for rehab, where she met her late son’s father, Danny Keough.

After giving birth to twin daughters Harper and Finley in 2008 and being “given a short-term prescription,” she became addicted to opioids and painkillers, which she opened up about when she wrote the foreword for Harry Nelson’s book, The United States of Opioids: A Prescription for Liberating a Nation In Pain, CNN reported.

Presley also inherited her father’s musical ability and released three albums, To Whom It May Concern, Now What and Storm and Grace. She also recorded a posthumous duet with her father titled “In the Ghetto” in 2007.

4. Priscilla Presley’s Father Was in the Air Force

Priscilla Presley’s stepfather, Joseph Paul Beaulieu Jr., was in the Air Force and participated in World War II, the Korean War, the Cold War and the Vietnam War, according to his obituary. Priscilla first met Elvis Presley at the age of 14 in 1959, when Beaulieu and her family were stationed in Germany, according to Biography.com. His obituary says he “kept close eyes” on the 24-year-old Presley as he doted over the 14-year-old.

Her biological father, James Wagner, died in a plane crash while working as a U.S. Navy pilot, Biography.com wrote.

Thank you for all your condolences… Obituary Joseph Paul Beaulieu Jr. June 18, 1925 – January 4, 2018 Paul entered the United States Air Force In 1949 continuing his long military career that began as a United States Marine in WW2. From the Korean War flying B-29s to the Cold War in Germany flying daily missions to Berlin during the time the Russians were building the Wall. During this tumultuous time, he also keeps close eyes on Elvis Presley who had in interest in his daughter Priscilla. In 1968-69 he spent a year in Vietnam where he engaged in his third war. He retired in 1976 as the Special Assistant to the Commander 21st Air Force managing many Special Programs. After he retired from the USAF he moved to Brentwood, Ca with the true love of his life of 69 years, Ann Iversen Beaulieu. Where he completed a very successful career as a contractor. Survivors: Loving Wife: Anna Iversen Beaulieu Children: Priscilla Presley, Don Beaulieu, Michelle Beaulieu, Jeff Beaulieu, Tim Beaulieu Pre-deceased: Tom Beaulieu Grandchildren: 18 Great Grandchildren: 8 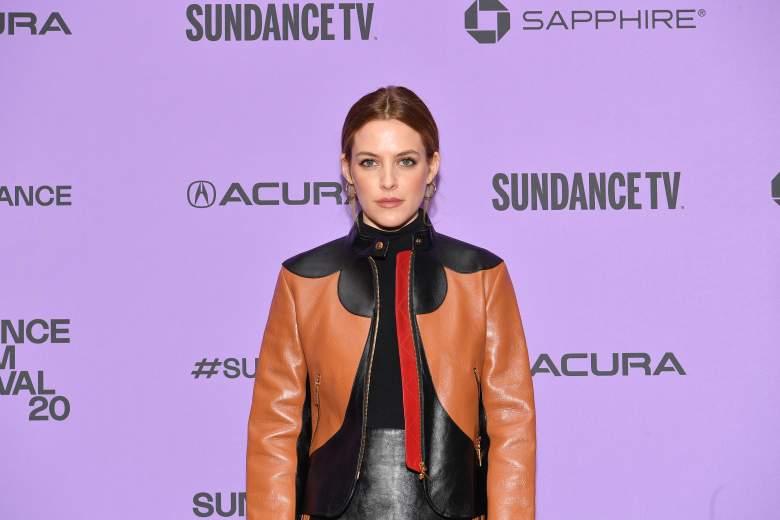 Presley’s oldest grandchild, Danielle Riley Keough, is an actress and model. She started modeling in her teenage years and first hit the runway in a fashion show for Dolce and Gabbana, IMBb stated. After getting her first role in The Runaways, she starred in the films The Good Doctor, Jack & Diane, Magic Mike, The Girlfriend Experience, The House That Jack Built, American Honey and Mad Max: Fury Road. In 2017, she received a Golden Globe nomination for Best Performance by an Actress in a Limited Series or Motion Picture Made for Television for her role in The Girlfriend Experience.

Keough will also be starring in an upcoming Amazon Prime series titled Daisy Jones & The Six, according to her Instagram.