Getty Bobby Brown and wife Alicia Etheredge attend the after party for BET's "The New Edition Story" on January 23, 2017 in Los Angeles, California

Bobby Brown was married to Whitney Houston from 1992 to 2007. The two singers had a controversial marriage that produced a daughter, Bobbi Kristina Brown.

Three years after his divorce from Houston, Brown proposed to a new love, Alicia Etheredge, during his performance at Funk Fest in Jacksonville, Florida. The two wed in 2012 in Hawaii, according to People.

Brown & Etheredge Were Longtime Friends Before Things Turned Romantic, & He Actually Knew Her Before He Met Houston 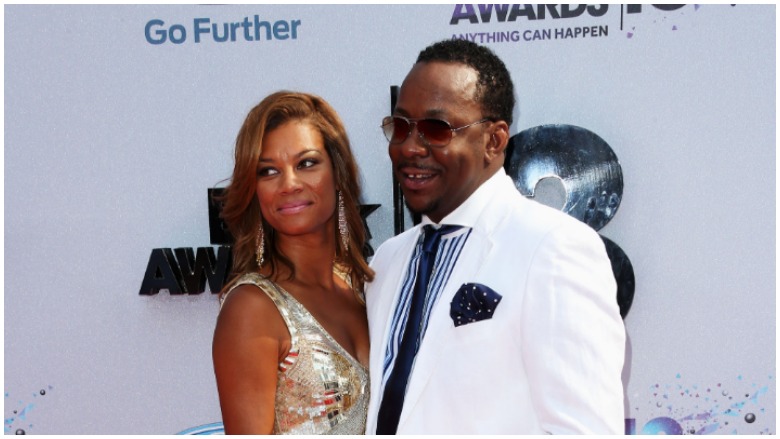 In 2012, Brown told Access Hollywood he first met Etherdege years earlier when he was still a teenager.

“I believe I was about 18, and we were at a dance place, where people just go and work out their new moves,” he said. “I met her there, and we became friends, we all hung out.”

Brown told Complex Etheredge was working on a crew at a dance class at a studio in Los Angeles when he met her. The two maintained a friendship and his future wife was even a guest at his 1992 wedding to Houston.

“We lost connection once I got married and all of that,” he said. “But once I got divorced I saw her again and it just clicked. We just hooked up. It was nothing sexual before, we just all hung out.”

Brown revealed that after he met up with Etheredge following his divorce, “sparks flew.” He made her his manager in 2008 – she previously worked with singer Macy Gray — and they later started dating.

The couple’s 2012 wedding took place while Brown was in Hawaii for a tour with his R&B group, New Edition,  according to E! News.

Etheredge was dressed in a white strapless gown while the second-time groom rocked a red suit jacket and pants, white Adidas sneakers, and a Hawaiian lei around his neck.

The Honolulu ceremony included all of Brown’s older children from his previous relationships, except for Bobbi Kristina, who was in New York at the time shooting a reality show.

Today, Brown & His Wife Are Faith-Focused & Share 3 Young Children Together 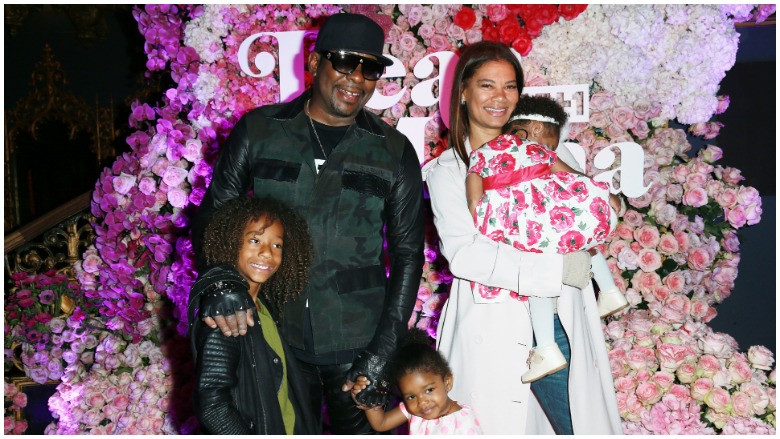 GettyBobby Brown, wife Alicia Etheredge-Brown and their kids attend the VH1’s 3rd Annual “Dear Mama: A Love Letter To Moms” – Cocktail Reception at The Theatre at Ace Hotel on May 3, 2018 in Los Angeles, California.

Brown has been vocal about how spirituality has also bonded him to Etheredge. In an interview on Essence’s Yes Girl podcast, he said he was “grateful” to have a faith-driven connection with his wife.

On the podcast, Brown said Etheredge has brought him a happiness that he never had before and that he’s now at “peace.”

Brown has credited his second wife for helping him to get “his passion back for music” and for “loving” himself again. Etheredge told People that her husband, who has a history of addiction and other demons, has both good and bad days like anyone, but that she utilizes meditation, yoga, and self-help books to bring him back up when he is down.

Brown and Etheredge have three kids together: a son, Cassius, 11, and daughters Bodhi, 5, and Hendrix, 4.