Deborah Gillespie was the second and current wife of the singer Meat Loaf, and she was at his side when he died of COVID-19.

Meat Loaf’s family confirmed his death in a Facebook post on his official page on January 21, 2022. TMZ reported that died of COVID-19 and cancelled a business dinner earlier in the week because he was feeling ill. The “Bat Out of Hell” legend was 74 years old.

Meat Loaf’s real name was Marvin Lee Aday. Before Gillespie, he was married to Leslie Aday, with whom he had two daughters.

Here’s what you need to know about Meat Loaf’s current and former wife:

“Our hearts are broken to announce that the incomparable Meat Loaf passed away tonight surrounded by his wife Deborah, daughters Pearl and Amanda and close friends,” the post reads.

His amazing career spanned 6 decades that saw him sell over 100 Million albums worldwide and star in over 65 movies, including ‘Fight Club,’ ‘Focus,’ ‘Rocky Horror Picture Show’ and ‘Wayne’s World.’ ‘Bat Out of Hell’ remains one of the top 10 selling albums of all time. We know how much he meant to so many of you and we truly appreciate all of the love and support as we move through this time of grief in losing such an inspiring artist and beautiful man. We thank you for your understanding of our need for privacy at this time. From his heart to your souls…don’t ever stop rocking! 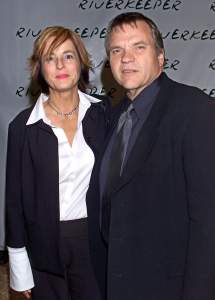 According to her IMDb profile, Gillespie was Meat Loaf’s second wife, but theirs was a long-term marriage that started in 2007 and lasted until his death in 2022.

“Deborah Gillespie is known for her work on Meat Loaf: Live with the Melbourne Symphony Orchestra (2004) and Meat Loaf: In Search of Paradise (2007),” her IMDB profile reads.

It says she is also stepmother to his kids, Amanda Aday and Pearl Aday. 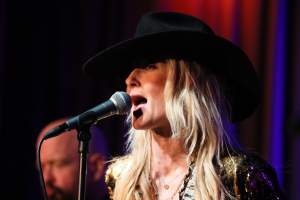 According to Amanda Aday’s IMDb profile, “Amanda Lee Aday (born January 21, 1981) is an American actress. Born in New York City, Aday is best known for her recurring role as Dora Mae Dreifuss on the first season of the 2003-2005 HBO series Carnival.”

The bio continues, “Aday is the daughter of actor/musician Meat Loaf and Leslie Aday and sister of singer Pearl Aday. She attended Stagedoor Manor, a summer theatre/dance camp in the Catskill Mountains in New York, from 1990 through 1996, and then graduated from the prestigious Idyllwild Arts Academy in California.”

4. Meat Loaf’s Wife Is From Canada 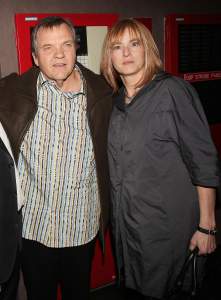 According to the Sun, Meatloaf’s wife is from Canada. They “split their time” between Los Angeles and Texas, where Meatloaf was from, the site reports.

Well, one of the things I look most fondly on is unrelated actually to the record. It was Meat Loaf proposing to his wife. We were up in Bearsville, there was a secretary at Bearsville Records, Leslie, and Meat Loaf kind of fell for her. She was a pretty girl, and he fell for her, and I remember when he kind of like did his first big move on her. We were in the Bear Cafe and he had a package that he had brought up from New York and presented it to her, and it was a giant whole salmon. And it was as if a bear had proposed to his mate. Instead of a ring, a salmon.

They later got married at Rundgren’s house. He recalled that “it was just a funny scene, in which the priest who married them was so old that he couldn’t tell the difference between them. So he looked at Leslie and said ‘Do you Marvin, take Leslie as your lawful wedded wife?’ The guy next to him had to whisper everything into his ear. It was such a sight.”