Getty What is Eminem's net worth?

Eminem, whose real name is Marshall Mathers III, is one of the United States’ most successful rappers. He’s part of the Super Bowl 2022 halftime show. What is Eminem’s net worth?

According to Celebrity Net Worth, Eminem is a very wealthy man. His net worth is estimated at around $230 million. However, the site NetworthBro puts his net worth at closer to $190 million. 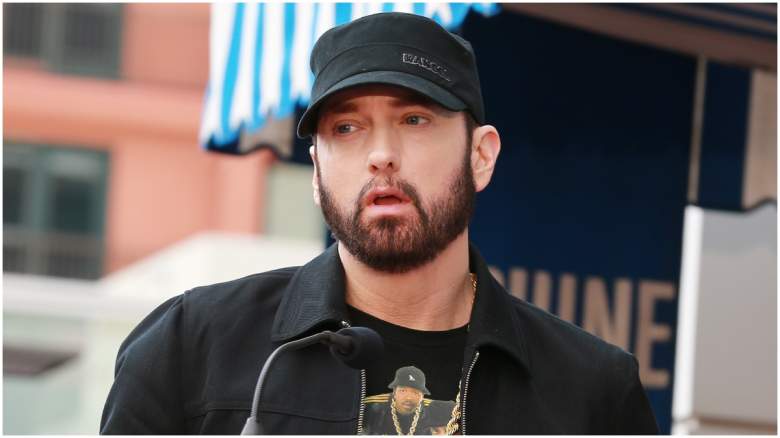 Eminem is one of the “10 best-selling artists of all time,” selling 170 million albums and earning $400 million throughout his entire career, the site reports.

According to NetworthBro, most of Eminem’s income came from his albums, although he also starred in the movie based on his life called “8 Mile.” In 2003, he purchased a home worth $4.7 million in Michigan, the site reports. He purchased a second home in Clinton Township, Michigan in 2000 for $1.4 million, according to Velvetropes.

Eminem has a new business venture: A spaghetti restaurant.

Where is it located? It’s normally only based in Detroit, Michigan, which is where Eminem was raised and lives. However, the restaurant has also been hosting pop-ups in Los Angeles for Super Bowl 2022.

The address in Detroit is: 2131 Woodward Avenue in Detroit, in the alley next to Union Assembly.

You can find the Mom’s Spaghetti restaurant website here. The website touts the Los Angeles ventures. The Los Angeles pop-up was located at 820 S. Spring St., in Los Angeles, California, from February 9-13, 2022. However, that location is sold out, according to the website. The website says you can still order through Postmates through February 13. Uncle Paulie’s Deli was rebranded to be the spaghetti pop-up, according to LA Eater. The spaghetti is designed to taste “like it’s straight from the jar,” the site reported.

The spaghetti restaurant is based on lyrics from Eminem’s 2002 song “Lose Yourself,” which hit number one and features this passage, according to NBC Los Angeles:

His palms are sweaty, knees weak, arms are heavy
There’s vomit on his sweater already, mom’s spaghetti
He’s nervous, but on the surface he looks calm and ready

According to the Detroit News, Eminem also did a spaghetti pop-up when his “Revival” album was released, and the dish has been served at festivals where he appeared.

Here’s video from the “Mom’s Spaghetti” opening in Detroit: