For decades, Joe Jackson made headlines as the patriarch of the famous musical family that spawned the Jackson 5 and several successful solo acts.

Jackson was both a dad and manager to his talented kids, but he was sometimes criticized for being too strict with them. In a 2013 interview with CNN, Jackson stated that he had no regrets about the way he raised his children.

“I’m glad I was tough, because look what I came out with,” he said. “I came out with some kids that everybody loved all over the world. And they treated everybody right.”

Joe Jackson Died in 2018 & Was Buried Near His Late Son, Michael 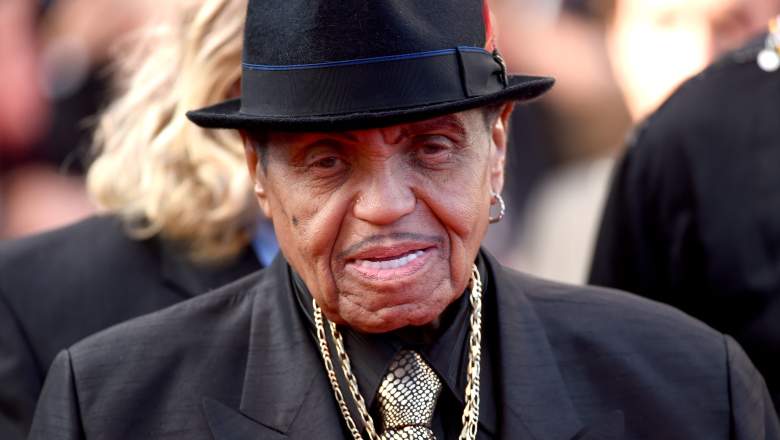 The father of superstars Michael and Janet Jackson passed away on June 27, 2018, less than one month before his 90th birthday. The elder Jackson died just two days after his late son Michael’s death anniversary.

According to TMZ, Joe Jackson died at a hospice in Las Vegas weeks after he was hospitalized for terminal pancreatic cancer. The family had kept his cancer diagnosis a secret, but the Jackson patriarch’s previous health problems included a stroke and multiple heart attacks.

When he died, Jackson was surrounded by several of his children and his wife Katherine, whom he had been separated from for years.

“We mourn the loss of our father and celebrate the life of a man who sacrificed so much to give us the life and success we have today,” the family said in a statement at the time, per Page Six.

Jackson was laid to rest on July 2, 2018 during a private funeral at the Forrest Lawn Memorial Park in Glendale, California. The cemetery is the same spot where Jackson’s famous son Michael was buried following his sudden death at age 50 in 2009,  according to the Associated Press.

At the time, TMZ posted a photo of Janet Jackson at the funeral wearing black clothing as she made her way to her father’s final resting place. A second photo shared by Hollywood Life also showed Janet holding her then 1-year-old son, Eissa Al Mana, as she stood outside of the funeral site.

Janet Jackson had a complicated relationship with her father.  A few weeks after his death, she addressed a crowd of fans at the Essence Fest in New Orleans, Louisiana.

“Quite honest, it was really hard for me,” the “Rhythm Nation” singer told her fans, per The Hollywood Reporter. “I didn’t know what to do. I didn’t know how to move forward, if I should cancel this festival or cancel the entire tour.”

Despite her father’s controversial history as a strict disciplinarian, the singer praised him as a good person who was the driving force behind all of the family’s successes.

“He was very strong, and without his drive, his strength … we wouldn’t have this success,” Janet Jackson said of her father. “We are a Black family that came from Gary, Indiana and we broke all kinds of records around the globe. That’s truth. My father was a great man.”

In 2019, she told The Sunday Times that she “did say everything” to her father that she needed to just before he died. “I  was thankful for the time that I did have with him, with Eissa, the three of us together,” Janet said. “Being together with my father in the end.”