On early Wednesday morning, June 27, Joe Jackson passed away from terminal cancer. He was 89 years old.

According to TMZ, Jackson had been battling health problems for several years, enduring a stroke and three heart attacks in 2015, and having been hospitalized in 2016 for a fever. Earlier this month, Jackson was hospitalized for reasons related to his cancer, and reportedly remained hospitalized through to his death.

Jackson leaves behind his wife, Katherine, along with his nine living children and their grandchildren.

Jackson was the orchestrator of the infamous Jackson 5, as well as the individual careers of Janet and Michael Jackson. He is the patriarch of one of the most famous musical families in history. Here’s what you need to know.

1. He Was the Eldest Child of the Original Jackson 5

Jackson was born on July 26, 1928 to parents Samuel and Crystal, as their first child. The couple went on to have four more children, then split up when Jackson was 12, according to Biography.

After Jackson’s parents split up, Jackson moved with his father to Oakland, though it’s unclear whether his other siblings went with him or with his mother to East Chicago.

At 18, Jackson moved to be closer to his mother, and pursued his dreams of being a boxer.

2. He Married Katherine Jackson at age 19 & had 10 Children With Her

Though Jackson was already married by the time he met Katherine Scruse at 19 years old (she was 17), he quickly filed for an annulment and married Katherine, instead.

The Jacksons married in 1949 and would go on to have ten children, though one child, Brandon Jackson, died at birth.

According to People, Katherine and Joe were not living together during the last years of his life, but still spoke regularly with one another until his death.

3. He Engaged in a 25 Year-Long Affair With Cheryl Terrell

Throughout his marriage to Katherine, Jackson also engaged in an affair with a woman named Cheryl Terrell which spanned multiple decades and even resulted in a child, Joh’Vonnie Jackson, in the early 70s.

According to The Daily Beast, Jackson’s affair with Terrell was one of many. Jackson reportedly paid child support to Terrell, and even shared reportedly his Vegas residency with Joh’Vonnie.

Throughout Jackson’s affairs, Katherine Jackson filed for divorce on two separate occasions, but never followed through with her proceedings because, according to The Daily Beast, members from her Jehovah’s Witness congregation staged an intervention.

Despite remaining officially married, Katherine and Joe sustained an extremely strained marriage through the later decades of Jackson’s life.

The New York Post reports that Jackson had nicknamed himself ‘The Hawk’ due to his ability to seduce and capture much younger woman than himself. According to the Post, Katherine Jackson receives over 1 million dollars annually from Michael Jackson’s estate, and Joe receives nothing, as he was cut out from the star’s will.

5. Jackson 5 Wasn’t the Only Family Band Orchestrated by Jackson

Though the Jackson 5 known by the world is the one comprised of Jackson’s children, Jackson also tried another family band of his own in the 1950s with his brother, Luther.

Jackson called the band ‘The Falcons’ (he clearly had a thing for predatory birds), but Biography reports that the group split up after a few years, after failing to gain any notoriety.

Jackson would not return to the music world for another decade, until 1963, when Jackson noticed his children’s musical talent. By 1966, the Jackson 5 (comprised of Marlon, Michael, Jackie, Tito and Jermaine) was performing with increasing momentum, with Jackson as their stage manager. 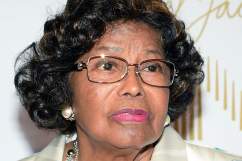 Loading more stories
wpDiscuz
0
0
Would love your thoughts, please comment.x
()
x
| Reply
Joe Jackson passed away of cancer on June 27, after a long battle of the illness. At the time of his death, he was not living with his wife, Katherine Jackson, and was estranged from several of his children.